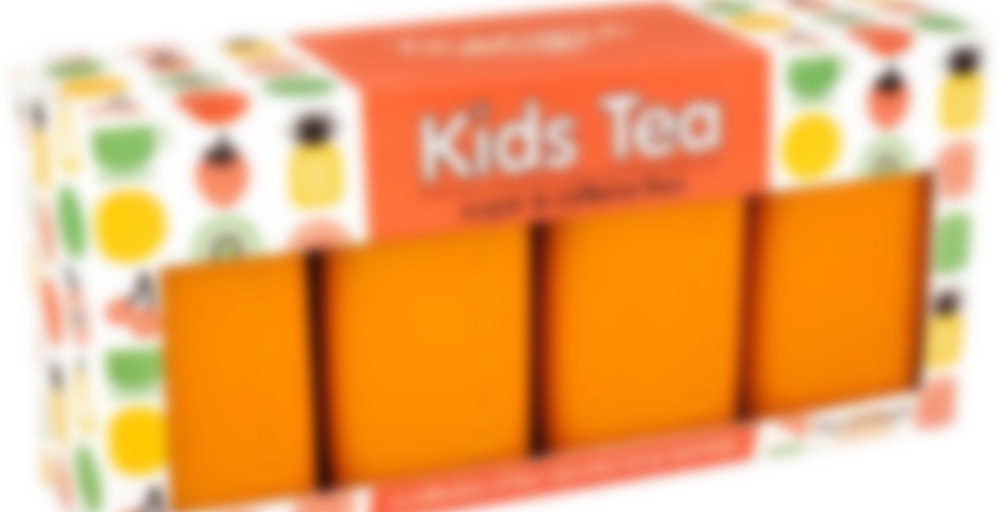 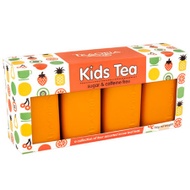 Allergens: Packaged in a facility that may contain nuts.

Another pitcher test, cold-brewed for 10 hours. I have tried this one hot, and didn’t care for it all that much, but decided to give it a go as an iced tea. Since this is a “kid’s” tea, I’m going to use most of this review to look at the tea in that light.

The smell of this is overwhelmingly cherry and sweet. Basically, it’s got a cherry-candy scent to it which is actually very appealing – everyone in the house who has smelled it said, “yum!” If I were a child, I can see myself insisting on drinking this one first out of the four in the kid’s pack based on the smell alone, because I was a sweet freak as a kid. (Hey, I’m a sweet freak now.) Definitely a smell that would appeal to children.

Taste-wise? Well, it definitely needs sugar if you’re planning to sell this to kids over something like Kool-Aid. Still, I put a third of a cup of white sugar in 1.6L of this, and I think it would be a hit. I mean, I used to work in fast food, and I was surprised by the sheer number of kids who, when given a choice, enthusiastically picked iced tea over root beer or Pepsi for their kiddie combo. I think if a kid likes fountain iced tea, they’re going to love this.

Cold-brewed, it’s smooth and fresh and fruity – I think I mostly pick up apples first, and then something else. Maybe it’s the cranberries. I’m not sure. It’s kind of reminiscent of cherry Kool-Aid, especially at the back of the taste. But it’s noticeably more refreshing.

I definitely need to pick up more of this! They were selling huge bags of the kid’s teas on clearance at Teaopia recently, and I didn’t pick one up because I hadn’t discovered how awesome they are iced! The only other way to get them is in that little gift set, which only makes about two, maybe three pitchers per tea. Really, what a shame. Oh well.

Obviously to make up for my previous silence I’m going for quantity of reviews rather then quality. You’re welcome?

I got this from the last 30% off sale at Teaopia (hopefully they’ll have at least one more before they close) and I’ve already finished it.
Dry it smells like cherry lollipops, closest to Jolly Ranchers. No, I am not being facetious.
I brewed this with 1 1/2 tsp in my 16 oz travel mug, and let it brew until it was cool enough to drink, and it tasted like cherry Koolaid. So obviously I think this drink is awesome.

Unfortunately it only comes in the tiny 20 gram sample within the child’s tea pack, so I won’t be getting any more.