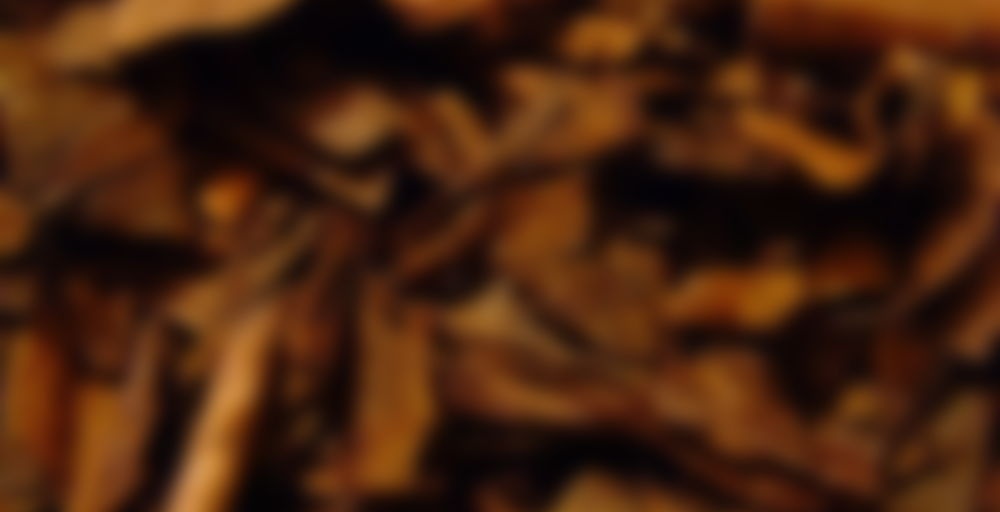 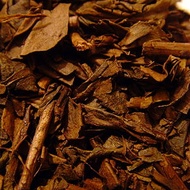 A Japanese Bancha tea. Bancha is a basic green tea with a toasted hearty flavor. This is the most full bodied green tea available.

I was looking around my cupboard for greens and, despite not really being in the mood for a toasty tea (like this or Genmaicha), this was one of the only ones I had left. I decided I should give it a try. I was very pleasantly surprised! Toasty, cozy, nutty, green, tasty. I could compare the grassiness of this to, possibly…Gunpowder. Very pleasant and nice. I don’t know how often I’d be in the mood for it, because I rarely feel in the mood for things like this. But it’s really good.

I thought I had been given the wrong tea after my first brew. This is not like any green tea I’ve ever had and I thought I was drinking a black tea like Lapsang Souchong.

From the look and texture of the tea before brewing, it reminded me of old cedar mulch and that impression stayed with me throughout the tasting. Very strong, very earthy and not for the timid.

Personally, I like Lapsang Souchong and Puerh teas, but I found I could not finish a cup of this tea.

I find this to be a cross between Gen Mai Cha and Lapsang Souchong because of it’s strength. Houjicha and Gen Mai Cha are the only green teas I’ve enountered that I don’t like.

I’m fairly new to loose-leaf tea, having gotten hooked a few months ago when a friend gifted me with a variety of teas, mostly blacks. She threw in a sample of this from Adagio as well as a Gunpowder Tea and a Pomegranate Green from TeaSource. Both my aunt, who I’ve been sharing the teas with, and I loved the Adagio Hojicha. My aunt called it “magnificent.” When we ran out, we ordered another Hojicha, this time from TeaSource as well as their Dragonwell and Sencha. We both disliked the Dragonwell and Sencha as too vegetal, but we both very much still like the Hojicha. Reading the reviews, particularly the negative ones of this tea I think we like it precisely for the reasons they didn’t. This isn’t typical for a Green Tea. It’s roasted, and doesn’t really taste grassy or vegetal. I’d agree with the reviewer who called it “toasty” and “nutty.” I wouldn’t describe it as “smoky” or earthy like other reviewers. Smoky makes me think of Gunpowder Tea, which I didn’t like. I do think this is earthier and maltier than the Adagio version of Hojicha. I thought I preferred the Adagio version. But I’m currently drinking the second steeping of the second time we’ve tried this tea, and it’s only growing on me. So far at least, this is my favorite Green Tea. Not the favorite the Oolongs and Blacks I’ve tried are, but up there.

A little split on this tea. It is very unique for a green tea, far smokier than most. I like to steep my teas four times over the course of a work day (about 0.2 oz. for 1 minute for the first cup, then 2 minutes, etc.), and I get a bit tired of the strong, particular flavor after one or two cups.