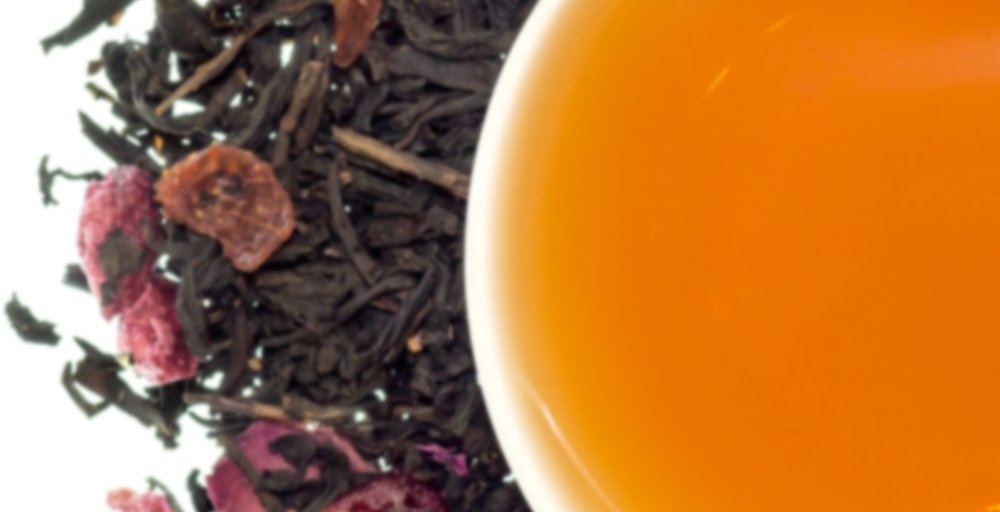 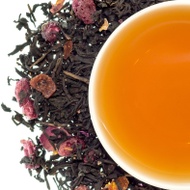 This is a black tea blend with freeze-dried pomegranate. It is light to medium-bodied, smooth, sweet, and creamy. It’s wonderfully aromatic and delivers a cup that is reminiscent of tropical fruit. This is wonderful when poured over a tumbler of ice.

I haven’t reviewed this one either?!

My most local teashop (they closed permanently due to Covid) at one point carried “Pomegranate Cranberry” black tea, from International Tea Importers. I really loved that tea. The next year when I visited them, they had “Pomegranate Black” on the menu which I assumed was the same tea, but instead it was the same tea that comes from TeaSource (whatever that source may be, but it isn’t the ITI blend). I never quite warmed up to it the same way, and it appears that TeaSource isn’t carrying it anymore (though other tea shops are still sourcing it).

The dry tea does have a pretty sharp/fruity aroma that simulates pomegranate fairly well. The steeped cup has a leather/smoky note from the Chinese base, and the sharp fruitiness has turned a bit medicinal in aroma. There is a nice flority to the aroma as well, but nothing like the distinct peony floral note that the “Pomegranate Cranberry” I liked so much had.

The base really comes through on this one, and I’m a fan of Chinese blacks… deep, a hint smoky, a hint rosy. A fruitiness is present, but either the flavoring itself or that flavor combined with a Chinese is somehow making it come off with a slightly metallic tang and it just tastes like watered down Robotussin to me.

Conclusion… I still don’t vibe with this tea. I just want to use up the package so that one day, I can replace it with the ITI blend.