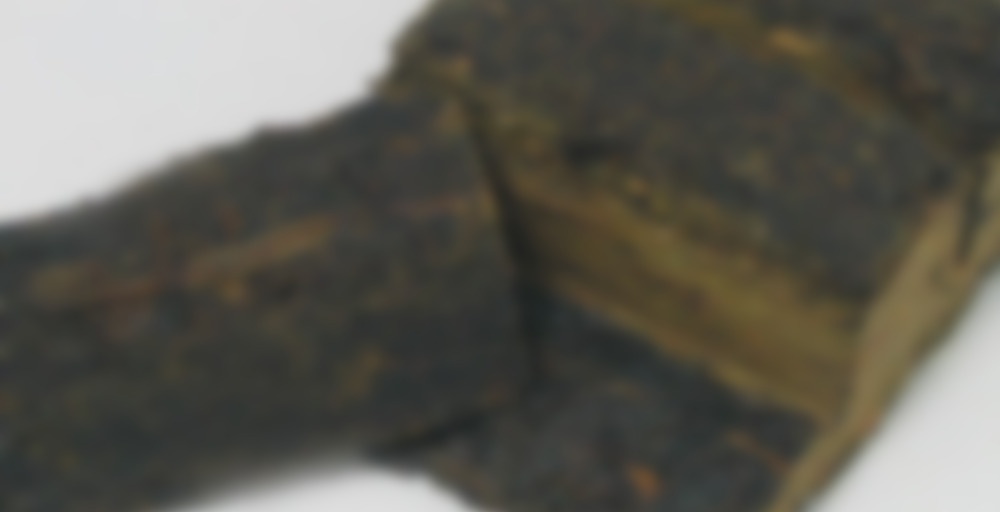 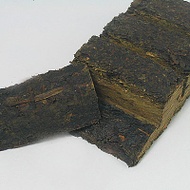 The word “Zang” is actually a short form for “Xi Zang”, which means Tibet. Black brick tea has a long history in Tibetan culture and is an indispensable part of their diet. Drinking brick tea is known to help Tibetans keep their body warm, aid digestion, cleanse the body of accumulated lactic acid, rejuvenate inner strength and increase stamina. A Tibetan can fall sick in a matter of days without it. Our Zang Zhuan Cha is compressed using tea leaves that have been aged for at least two years.

Taste:
A pungent, woody, strong and full-bodied character makes this a good wake-me-up tea. Woody aftertaste lingers on after a few sips. Avoid overbrewing as this tea can be very pungent if you are not careful. Zang Zhuan Cha is also the perfect ingredient for making Tibetan Milk Tea.

Appearance:
The Chinese writings “Yi Shou Yan Nian” is written on the yellow wrapper. It means “to lengthen one’s life”. The compressed brick tea is comprised of four segments, making it easier to break and use.

Brand, Manufacturer:
Ya An Tea Industry

This tea is my problem child.

I was in the mood for pu-erh this morning. Unflavoured preferably. I don’t really have a lot of that. and this particular tin was just standing around among the others. Mocking me.

I’ve posted about it twice. One time it was very weak indeed and the other time very strong and bitter with some unpleasant coffee notes. I gave it 20 points, and put the tin away. I just can’t really make myself throw it away though, so I’ll just have to struggle on through.

I used plenty of leaf this time. As a matter of fact, a third of what I had left. Pre-rinsed it for about 15 seconds and then took the first steep at 45 seconds. It was supposed to be 30 seconds, but I turned my back for a short short moment and… Yeah. Nevermind.

While pouring the first rinse out, it had that very strong and unmistakable smell of wet dog. Wet long-haired dog. After the first real steep, however, the aroma of the cup isn’t quite so bad. I’m trying to remember if I did the rinsing step the other two times I had this. I think I must have, but I can’t know for certain. Right now, the aroma of the first steep isn’t really all that special. It’s just standard pu-erh. A bit spicy and a lot earthy.

The flavour definitely still have that coffee note that I’ve observed before. It’s a bit more well-behaved here though. Not over-powering, but still somewhat unpleasant. No bitterness, thank Freyr. (I have decided that being the god of agriculture and such like, Freyr must be the correct one to invoke when it comes to things to eat and drink)

That coffee note is really all there is to it, though. I’ve managed to make an infinitely better cup than those which resulted in previous posts, but I’m not going to adjust the rating. I have most definitely had better. Much much better. The only thing that has changed with this cup is that there is now some hope of me actually finishing this brick off!

dear norse druid…do you still have this lying the the grave of a neglected cubboard? care to trade for something more your speed? let me know as i have a freind who spent time in Tibet and I’m sure it would ring the halls of memory ..

No, sorry. I sent the rest of it to Ssajami when we swapped as I saw she had enjoyed it before.

I wonder if there’s some culture out there that has a god of tea. ponders

I made this tea 3 times, using different amounts of leaves each time (it’s hard to estimate the amount, as it’s packed so tightly), and I found the amount that suits me. I’m no pu erh expert, but this is one excellent cup of tea. It’s woody, but light, and very soothing. I somehow feel stronger and healthier after a few cups of this. Lasted for about 5 infusions. I only ordered a small sample, but now think I need a much larger quantity of this tea.

Very earthy but with chocolate and very attractive roasted flavors. Strange on the first brew, where the earthiness is very strong. The great thing is that this can last 5 or 6 steeps easily. rich wet earth aromas, and chocolate notes that dance in and out. Great value for the money.