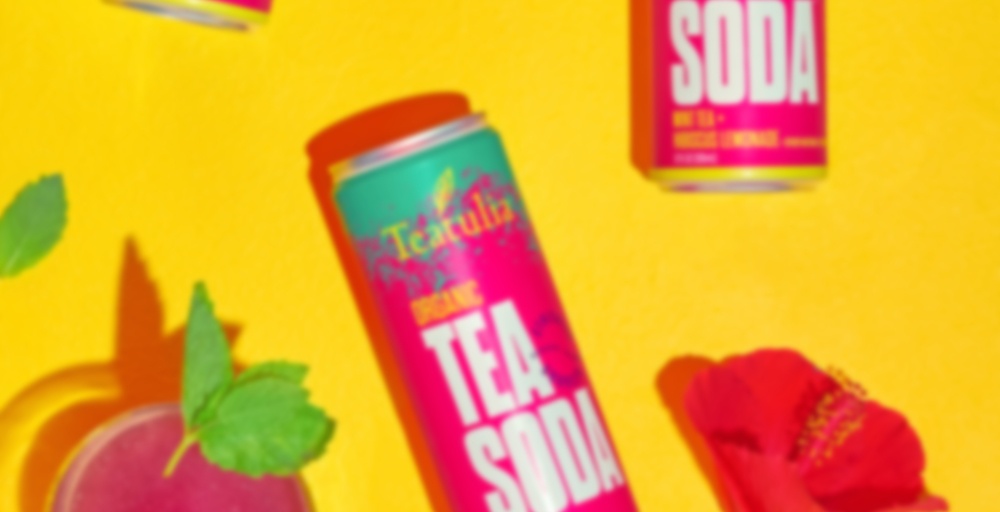 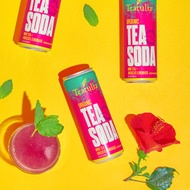 by Teatulia Teas
75
You

Our handcrafted Tea Soda™ has been a customer favorite in four Denver Tea Bar since 2012. Bold and beautiful tea notes, distinctive fruits and herbs, a tiny bit of sugar, and just the right amount of fizz you don’t need to wait in line to enjoy.

It all starts with the garden. Our award-winning, organic teas & herbs come from our own 3,000-acre regenerative tea garden in Bangladesh. Its cultivation has lifted our community out of poverty while restoring the ecosystem & economy.

This was the best of the tea soda flavours in my opinion, and probably the only one I think I could actually drink a full can of – though I still didn’t think it was exceptional.

It’s pretty damn accurately named though – a very sweet and sour/tangy lemonade and hibiscus combination that works pretty well, in my opinion. It’s certainly the type of flavour that I think translates really well into a carbonated form, and while it initially starts VERY sharp I do feel like it grows on you and the sweetness level is good. For being called the “mint tea soda” I think the mint is actually pretty mild compared to everything else; but it’s certainly there, especially in the cooling feeling it leaves in the mouth after the sip. I think it added character, and certainly separated this from a profile that probably would have seemed a little bit generic otherwise.