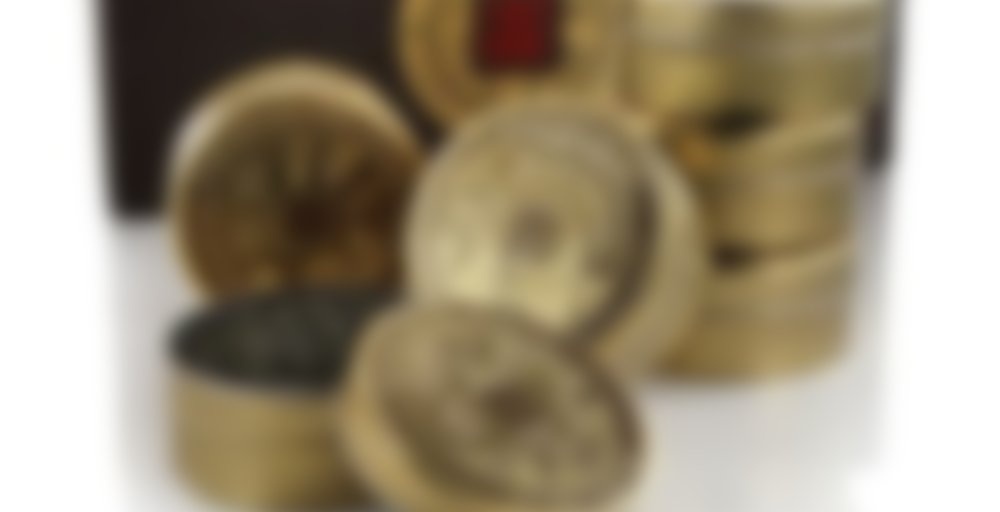 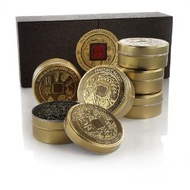 Part of Teavana’s Tea Prosperity Collection gift set. This exquisite tea originates from the high peaks of Nepal, near the foot of the majestic Himalayan Mountains.  Each large downy leaf is hand-selected then carefully curled to showcase the silver tips.  The beautiful, tippy leaf yields a rich amber cup that is complex in its rich fruity & floral bouquet, resembling a Darjeeling.  Excellent hot or extraordinary iced, this is the pinnacle of high altitude black teas. (poster’s note, this could be Teavana’s old Himalayan Majestic, but is definitely not the newer Himalayan Splendor).

This is another tea from the prosperity gift set. These notes are a blend from trying the tea yesterday and today as I botched the second steep yesterday. It starts: This is quite nice, it’s different than Himalayan Splendor, the leaves are broader and have nice variation with silver, carmel and darkest brown.  The scent of the dried leaves is familiar and comforting, maybe wine and leather.  The brewed leaves are different altogether, they smell like stew with a sherry and shallot broth and carrots from a roast, there’s also a hint of tobacco.  The brewed liquor is not quite as intense but is still oddly culinary, this time it’s fresh rosemary and garlic bread dipped in olive oil drizzled with balsamic vinegar.  So yeah there’s wine in all three but its much more complex than that.

This tea greets you with warmth and a bit of sweetness that stays on the tip or really the side of the tongue, its a little bit winey but not as intense as a Formosa oolong or some other blacks.  There is some vague floralness like the Himalayan Splendor, but with nice spice notes followed by a dryness I don’t care for.  I like the mouthfeel at the beginning of this but it leaves me dry  ( like an English Breakfast) and erases all memory of the smoothness I appreciated just moments earlier.  Sigh.

Second infusion with 175 for 2.5mins leaves smelled like stuffed grape leaves.  Taste was balsamic followed by the dryness of doom.  Third infusion 180 for 3 mins some smooth black tea body and a hint of cocoa, still dry.  Fourth 190 for 3 mins spicy, most black. Fifth umm no. I have no desire to have this tea in my cupboard if it wasn’t part of the Prosperity Collection.

Overall this tea has a very different beginning from the two Darjeelings and one other Nepalese tea I have had (I compare because of altitude), it’s not all airy and buzzing up front, this one hits you with warmth and later reveals its floral and winey notes followed by spice and an astringency I just don’t care for.  Whereas the Himalayan Splendor I tried yesterday at work for comparison started out all hoppy but mellowed out and revealed some cocoa and butter I hadn’t noticed before.  Probably will not pursue many Nepalese teas unless one has particularly good reviews.  Tonight I shall have Darjeeling, black and my first white!