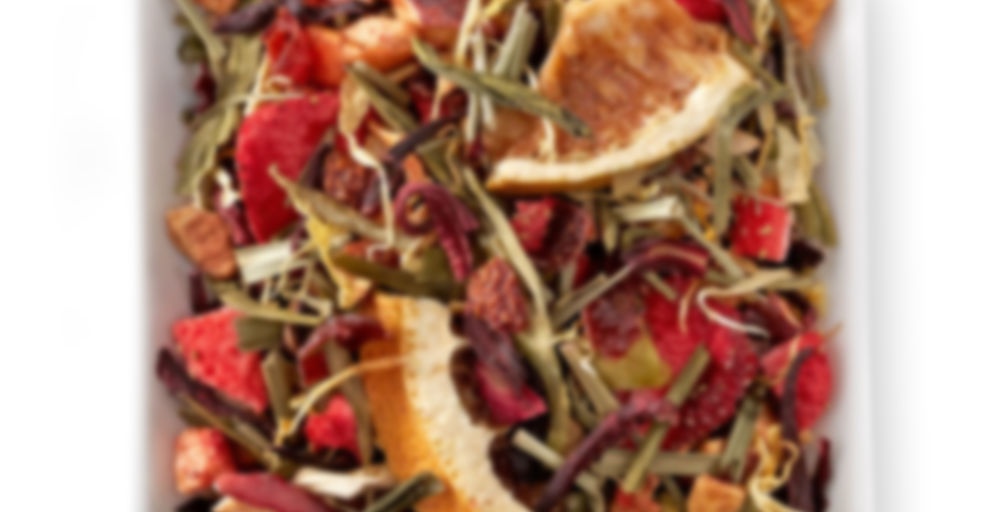 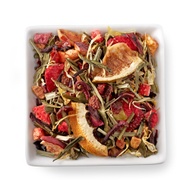 A radiant green tea base invigorates this infusion of Strawberry Grapefruit Xue Long and Strawberry Lemonade blends. Chockfull of fruity flavors, including punches of strawberries, apples, and sliced citrus, it’s sprinkled throughout with floral notes of marigold petal, rose hip, and hibiscus that soften and sweeten for a flurry of delicious flavor.

This tea is a combination of two teas. You could ask the sales person which ones it is and buy it all year! I love this tea! I’ve always drank it hot. This year I’ll try it fed. If you like fruity teas get a sample!

I find this tea rather delicate and sweet, which I do enjoy. There is definitely a berry and citrus flavour and I like that it is a green tea as well. Overall, it is a really nice tea.

This is a combination of a couple different teas, not entirely sure which ones. The grapefruit note is the dominant one here. Berry notes are strictly in the background.

Very fruity, but weak. Next time I’ll add more plus some black tea

I recently tried this tea as a sample, and I have to say that I was instantly liking it, which led me to buy it. I know why of course, the grapefruit. I love grapefruit, and I find that the taste (specifically the tail-end of it and the aftertaste) is pretty strong. I also found the immediate taste was very fruity (hence the name), although I mainly tasted the strawberry (not much of the orange). Overall, I’m a fan, but I could see how this tea could be a turn off for some. It is very sweet and fruity, yet it still has that sour twang of grapefruit that many dislike.

Last time I had it hot so of course I have to have a cup cold.

This tea is sweet without the added sugar but I had a sweet tooth that had to be taken care of so I added a medium amount. It tasted amazing again of course.

Made hot and poured over ice it was an instant gratification and refreshment (after the four minute wait of course).

The citrus notes do come out more throughout the drink when made cold. The strawberry was still there and prominent of course but not with the creaminess that comes from being made hot. I could drink this all day!!

Had this at the store when I was doing errands last week, as there is one in a part of ABQ I like to visit often. It smelled mostly like citrus, didn’t really get any berry. The flavour was much more grapefruit as well. Like a sweet, citrus punch of some kind. And no berry.

I bought this one already pre-mixed with the Strawberry Lemonade herbal tea, so know that will affect my notes.
Appearance: Hm. Lots of fruity bits. The colors are rather pretty, actually. But the “green tea” looks like little bits of straw, and is very sparsely distributed.
Aroma: FANTASTIC. I liked smelling this more than actually drinking it, as you will see why.
Taste: Of course, not like in the store. But still pleasant enough. It does have a fruity taste, but isn’t too sweet. Unfortunately, it is a very weak tea, I only got one good steeping out of it, and that’s with a heaping amount, and letting it sit in my mug for five whole minutes. It didn’t go bitter though…due to there being so little actual “tea” in the mix.
I’ve also had it with Teavana’s Strawberry Grapefruit and that’s also a nice blend, but again, very weak.
In the end, it has a better aroma than anything else. I probably won’t purchase it again, as it is quite expensive for only one steeping.

I don’t actually have this one. I blended the two teas that is used to create it, the Strawberry Grapefruit Xue Long Green Tea and the Strawberry Lemonade Herbal Tea. I did the same the other day doubled over ice, it was wonderful, but never got around to logging it. Tonight I am trying it hot to see just how much I like these two together.

Very yummy. Very fruity. Very fun. Although, I do have to say I prefer it iced.

My daughters picked this one. They like it. In fairness, I generally don’t like strawberry-flavored things. This isn’t just strawberry, it’s STRAWBERRY!!

It might work as an iced tea, but I’ve got enough other choices that I won’t need to come back to this for a while.