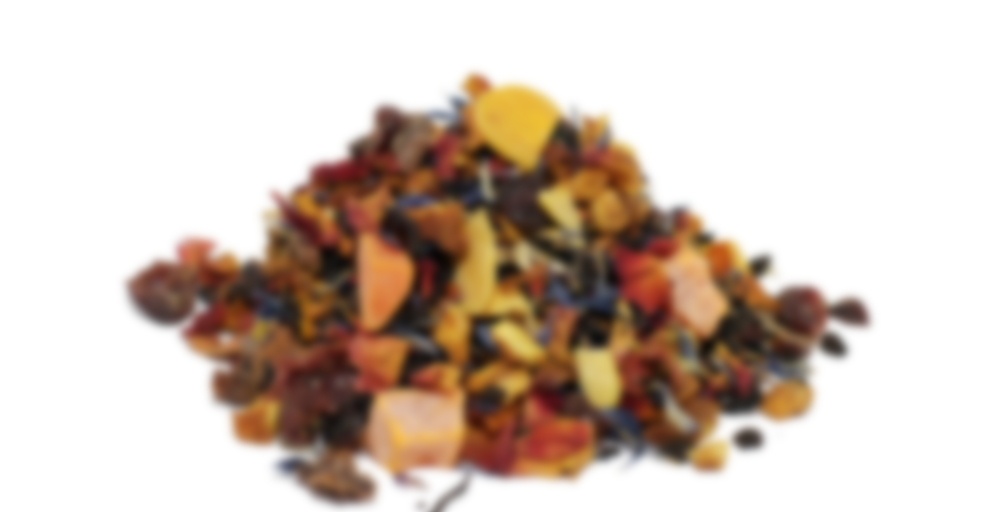 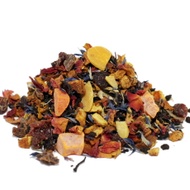 We received this tea from Rachel as part of the iced tea swap from DaisyChubb’s blog (daisychubb.com). So thanks to both of you!

The whole point of the swap was to get iced tea blend… but we’re being rebels and brewing it hot:).

This is a very fruity blend, and would probably be GREAT iced, so we may have to try that a little later. The most predominant fruit flavor that I taste is the orange peel, followed by the papaya, apple, and some tart that must be the cranberries. Add in some cinnamon to warm everything up, and it’s a pretty enjoyable brew.

The black tea itself is kind of lost in this whole mixture, I can’t really say that I taste it at all. This probably has something to do with the steeping parameter being 185 degrees, which took me a little by surprise (black tea and fruit, can’t I just boil it to death?).

A big thanks again to both Rachel and Daisy :)

I’m interested to hear what you thought of it, iced. I thought it was wonderful iced, and I was super excited to find a fruit blend that didn’t have hibiscus. I agree, though, that there isn’t much “black tea” to taste.

Yay, I found the right Rachel!