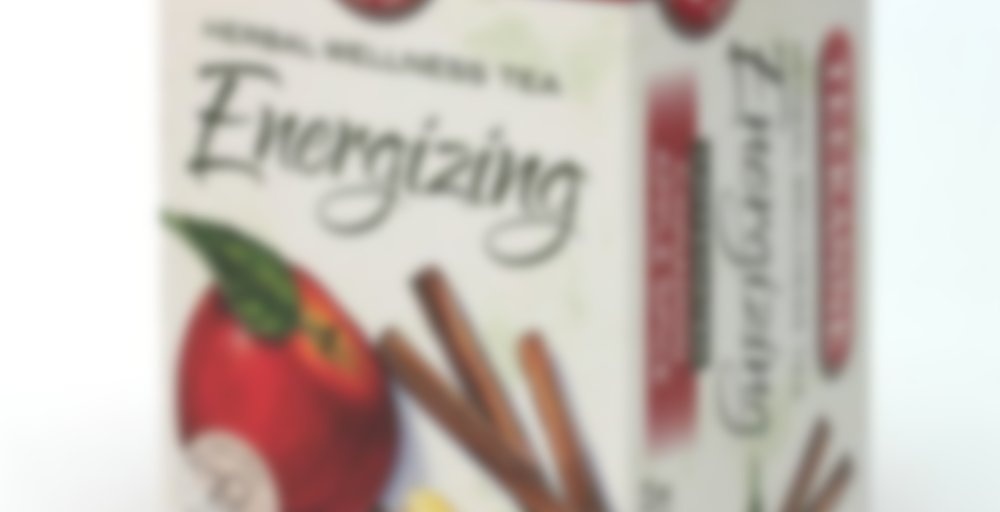 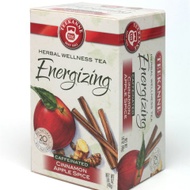 by TEEKANNE Herbal Wellness Tea
80
You

The classic combination of apples and cinnamon team up with a savory blend of herbs and spices that have been used traditionally as an aid in digestion. Warm and satisfying, this quintessential combination could help cut your craving for sweets and give you the extra boost you need!

Caffeinated herbal blends always intrigue me, because they make me constantly wonder how and where the source of the caffeine is. Typically, it ends up being that the blend either contains tea of some sort or another caffeinated plant like mate. This one is hard to tell. The package shows an apple, some cinnamon sticks, and an unidentified root or branch of some sort. Apparently, this is the source of the caffeine. While I may not know from where this tea gets its “punch,” I do know that after steeping it for the recommended five minutes, I am left with a delicious combination of cinnamon and apple flavors, blended so as to be very complimentary and not overwhelming each other. If you require a fruity and spicy tea with caffeine to jump-start your brain on a cold morning, this is the herbal blend to drink. On my personal enjoyment scale, I rate this tea an 87/100.

This tea is a bit like drinking soda. It is ridiculously sweet and can be enjoyed in large quantities without thinking. This is something you use and forget about. It is to tea what Batman is to all art. Silly, but enjoyable.

It is a bit like apple cider in tea form.