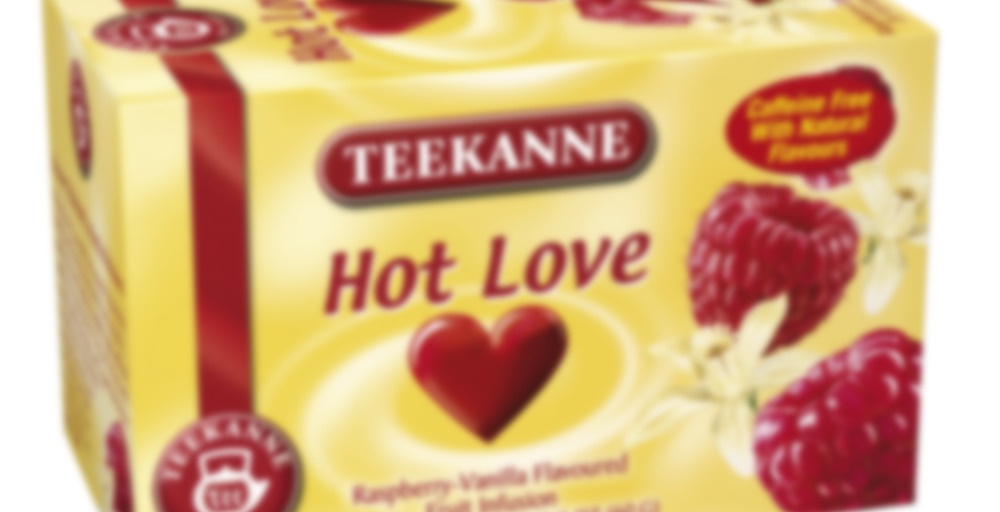 I drank this for the first time in a while today, and it makes me feel I may end up rethinking my opinions on some of the sweeter supermarket teas I’ve got. I thought they were the bomb, but after tasting the complexity and the dimension of other teas, such as the Kusmi teas I’ve been drinking for a while now, I have kind of a different take. I like this tea for the fact that it’s simple, inoffensive, and with a bit of sweetener (there’s a really fine line in this case between a bit and too much, though—enough to slightly reduce the sourness and bring out the flavour, but not enough to make the resemblance to raspberry candy, cordial, or drink syrup unavoidable) is a nice fruity companion to a snack. I like to drink this simple, pleasing tea with a plate of cashews and fresh berries. Sometimes simplicity can also be a drawback, though. I think that’s the case here. The simpleness of the tea wouldn’t be a problem were the flavour not so cloying at times, though.

Like real berries, it has a little tartness and has a tiny bit of its own sweetness, but upon reconsidering it, I think the fruity flavour (just fruity—the vanilla element of the tea is wholly imperceptible to me) is actually too assertive for its lack of dimension. It’s a bit like the raspberry tea equivalent of Ribena drink (I always loved that, but you can’t deny that it’s pretty full-on, and without enough dilution can be cloying). Its flavour doesn’t have the flavour nuances of real fruit, and every sip and part thereof pretty much gives you a one-note flavour. Maybe I’ve just tired of it now that I’m on to my second box (in eight months, though), but I just can’t feel the enthusiasm I had for it before, so I’m going to put the rating down a bit.

I think this tea could improve by either being mixed with a plain black tea and used as an iced tea, or served with some fresh mint and lime juice and zest. I’m on my last bag of it, though, and now that I’ve reconsidered my perspective on it, instead of rebuying it, I’m going to go for something new and unrelated.

I feel a bit crap now that I’ve started getting into caffeinated teas and walked away from my herbal tea habit, because now that I’ve had these more expensive Kusmi teas and other teas with the tea leaf in them, I’ve found no herbal tea really has that body to it. This is annoying, because I really can’t drink much caffeine and I’d like to be able to enjoy tea at any time of the day. I might try to give rooibos more attention in future or something.

Also, just so that you know: I read a little while ago that apparently some herbal teas can be as bad for your teeth as acidic drinks like juice and soda. In case you hadn’t noticed, some of them have citric acid in them (including this one, and it’s obvious), so if you don’t drink water after drinking your herbal tea, it might be something you should consider doing in future.

I was expecting something similar to Fairmont’s Berry Berry, but this one is way too sour..You can smell the vanilla, but the taste is far too sour. Elderberry leaves should be good for cold though.

I love the flovor of this German Tea – I live in the South and have my family in Germany send it to me. YUM

Not my cup of tea – far too sour for my taste. In fact I tasted nothing else, just the sourness.

The vanilla flavor is very subtle, and compliments the sweet, intense flavor of raspberry. Sweet enough on its own, this tea needs no sweeteners at all. Very, very soothing. I’m enjoying it a lot.