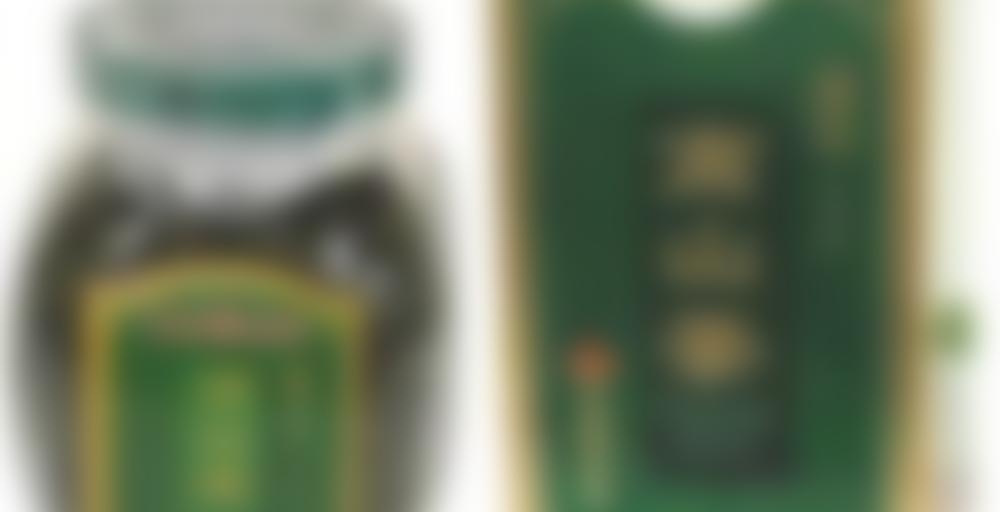 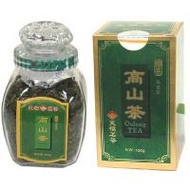 The high elevation tea is the best Oolong tea grown at 1,200 meters of mountain. Where these hills are foggy and cloud surrounded each morning and late afternoon for the whole year. The plantation is high enough for the tee tree to absorb the essence of nature. The high elevation tea is known by consumers as the world’s finest Oolong tea. Directions: Warm the teapot first and then add tea leaves (3-6g) together with boiling water. (150-300 C) Wait at least three minutes, and you can enjoy the tea at least 10 brews with excellent color, fragrances and taste.

The summer weather is starting to hit, and with the 32C (ETA: 90F) day came the stormy afternoon so typical of this part of the country in the summer, and so I’ve been on the edge of a migraine since, which is typical of me when trying to endure this sort of weather pattern. Because of being headachy, I wanted a reliable, unflavoured tea heavy on the anti-oxidants to give my system a boost and (hopefully) knock the headache on the head. I really should have gone for pai mu tan, but instead I decided on this one.

This is one of my oolong staples that I always have on hand in the tea cupboard. It’s a Chinese oolong, so it’s not heavy on the floral notes and silkiness in the way that my favourite Taiwan oolongs are, but I like this one for different reasons. It’s usually smooth and subtly complex – one of those teas that you spend time just savouring and trying to work out what’s going on just underneath the surface of the flavour.

It wasn’t as good as usual this time. It was still smooth, but those complexities in the flavour that I enjoy so much weren’t really there. This could have been my fault – with the second steeping, which is usually my favourite, I wasn’t paying close attention to what I was doing because of the headache-fog, and I let the water cool for a lot longer than I intended to before adding it to the leaves. It could also just be that I’ve had these leaves in the cupboard for a few months now and they’re past their best.

The issue with the tea getting old before I can finish it is related to the only real gripe I have with Ten Ren: their standard package sizes are on the large side. This tea comes in a 100g (4oz) bottle only, which is really a bit more than what I can get through quickly. I still haven’t tried their Alishan Oolong, though I’ve been eyeing it for ages, because it only comes in a 300g tin! $80.00 is a lot to pay for 300g of tea that I don’t have a hope in hell of getting through while it’s still fresh. If they sold it in 50g packets I’d buy it in a heartbeat.

50g is my standard size too, unless it’s the tea that I bring to work. It’s big enough that I’ve got it for a while, but small enough that I can defend having a large collection. It really is the ideal size but almost all vendors insist on the 100g because it’s easier, apparently, for them.

Yeah, one of the reasons why I buy the majority of my teas from The Tea Centre and Lupicia is because they offer all their teas in 50g packets. I really loved the little sample tins from Adagio when I was in America, too!

I wish Lupicia would ship to Denmark. I’m really interested in trying that one out. :/ I comfort myself by the fact that the rest of you lot can’t visit my little local shop. :)

Lupicia is a Japanese company. They have stores in several countries, so maybe they’ll open up somewhere nearer to you sometime soon.

@ Luthien, have you thought about buying the 300g bag and selling/trading whatever you don’t think you’ll use?

@Angrboda, heck I wish that they’d ship to Canada too, hearing everyone talk about their yummy teas is making me jealous! ;)

AC Perch’s is from Copenhagen?! The name just sounds so terribly English. <

LOL no, it’s a danish shop. :) I was in Copenhagen earlier this year and sadly didn’t get to go there. I had only three days and tons of things I wanted to see, so it didn’t even cross my mind that I could go there too. But I’ve shopped from their website a few times. I bought their tea book and it has lots and lots of pictures in it as well as a more detailed history of the shop (which made me sorry that I couldn’t have come in there and seen some of the previous owners ‘live’) http://www.perchs.dk/engelsk/index.asp

@Jillian Pretty much all the people I know who drink anything other than ‘normal’ tea are overseas, and it’s such an issue getting tea through Australian Customs that I don’t usually consider participating in tea swaps. Perhaps I can palm off some on some friends…