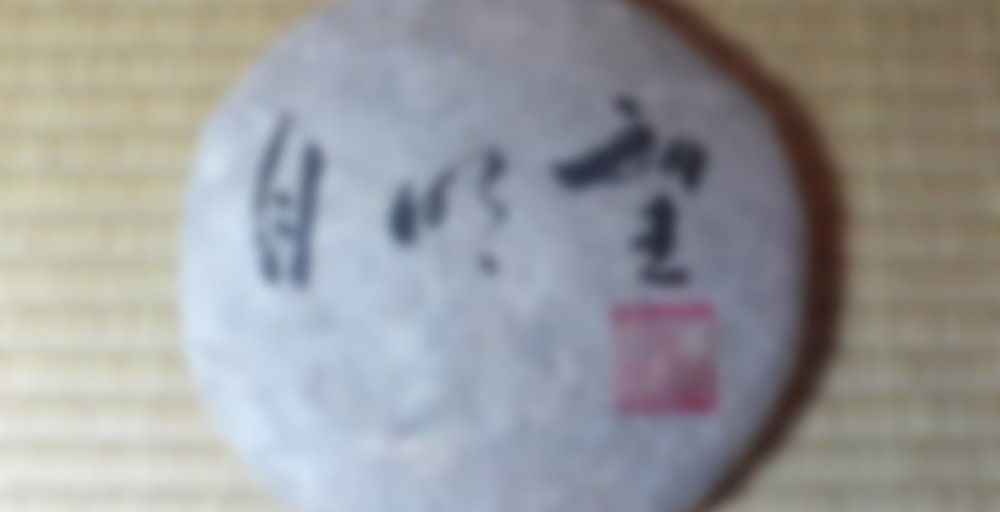 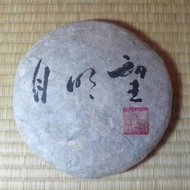 by The Essence of Tea
80
You

This is the most remote area we sourced puerh from this year. Located at the southernmost tip of the Bulang range, this village is in a small area bordered on the north by an impassable mountain ridge and on the south by a river crossable only by a rope bridge. The people are of the Bulang minority and the village is surrounded by many old trees averaging 300-500 years old.

The maocha for this cake is a little more broken than is ideal, due to the 4km carried by hand and 7km by motorcycle before it could be loaded into a 4×4. The leaves have a slight smokiness, which I hope will dissipate over the next few months. The chaqi however is strong and the taste is thick with many layers of complexity. It has a medium bitterness (ku wei) and long sweet aftertaste towards the back of the mouth and in the throat.

I may have spoken too soon last time when I mentioned that I was feeling a tendency towards shu pu’er, because they last couple of teas I tried were both shu, and they were hardly worth writing about. But I’ve also been doing a lot of homework on pu’er over the last several days, trying to learn all I can about it, and seems that “terrible” shu is relatively common.

From what I’ve read, shu/shou/cooked pu’er was developed in an attempt to mimic aged sheng. So it goes through a sort of speed-fermentation process to achieve this. Sometimes this goes over well, and the resulting product is ready to drink. But there’s also a chance that the fermentation goes off, and the result tastes like bad fish. Sometimes the “bad fish” shu will benefit from aging in the sense that it will sort of “air out” and the weird “off” flavors will mellow, but just how much shu pu’er benefits from aging after that is highly debated.

Really, a lot of aspects of pu’er seem to be highly debated or at least conflicting. I can already tell that reading about it is only going to get me so far… that’s why I just dropped $60 on a handful of assorted samples from puerhshop.com. Most of them are sheng, since I am honestly a little leery about shu since my last two encounters with it have ranged from “meh” to “ew,” but I realize that those off-flavors are not present in every shu, and there are certainly ones out there that I adore.

But the more research I’ve been doing, the more I’ve been intrigued by sheng. It seems that sheng holds a lot more possibility for variety than shu, and while there are certainly times when I just crave shu’s dark earthiness, I am intrigued by what’s out there in the sheng-world.

But enough rambling now, this tea. I didn’t even know I had it, and I must have gotten it in a swap or something because I’ve never ordered directly from EoT. I had a little sample amount of it stashed in an old Adagio sample tin.

This stuff actually reminds me of a white tea or maybe a green tea; rather clean and clear and crisp. A bit dry, and very easily turns harshly astringent if brewed a bit too long. I’ve read that dryness/astringency are characteristics of young sheng that subside with age, so maybe that would change with time? I suppose I won’t ever know since I only have this tiny sample size, but being such a novice to all this, I can’t help but speculate. With short steeps though, this is really a nice relaxing afternoon tea.

Looking at the leaves I’m noticing a lot of stem, like maybe 1/4 to 1/3 of the mix is stem. I’m not sure if that’s normal in a tea like this or not, but it’s an interesting note. The leaves are fairly broken, and there are a few buds mixed in with more mature leaves. The assorted shapes remind me a bit of looking into a bowl of chex mix. The color of the leaf is very nice, a sort of olive green mostly, but a few leaves are tinged with a lovely rusty reddish-brown.

Just another chronicle in my journey to understand pu’er!

I feel like pu’erh is one of the deepest subjects in tea (no pun intended) but also one of the most difficult to master/understand. Still, it’s fascinating!

Good luck on the journey, there is soooo much to try!

I had this side-by-side with the Manmai this morning. See that note about how it made me realize that aroma and flavor aren’t all there is to a tea. The flavor and texture in this tea were again overwhelming, but the energy is crisp, satisfying, glowing, and heavy. Mmmmm.

One of the first puerhs I purchased from EOT, I felt that the Mansai was pretty good bang for buck being only £25 per 250 gram cake. I remember getting two cakes of this and I am down to my last half a cake. Unfortunately this one is no longer on sale at EOT today…they must be long sold out. Decided to brew some of it tonight to see how things are going with it. A highly enjoyable puerh session evolved. Here are my notes…

After drinking a cake and a half of this firstly here are a few tips. This puerh is pretty deceptive in its bitterness. It packs a mean punch if you steep for too long. For me I enjoy this type of boldness, but if you want to get a good balance of sweetness and bitterness then I would highly recommend 7 second steeps.

I take 7 grams and pop them in my 130ml yixing. A quick 3 second rinse to wake up the leaves. To be honest in my opinion the leaves don’t appear that impressive. A mix of chopped up leaves and shortish leaves. However appearances mean nothing if the tea does not taste good. First proper steep at 5 seconds. A nice light brew to begin proceedings. Taste is very clean, crisp and smooth. Not that much thickness to begin with. Nice light sweetness, no astringency. I remember this puerh being a little astringent…this puerh seems to have mellowed out very nicely as I am not detecting any astringency.

Second steep slightly longer at 7 seconds. Liquid now appears a little darker in appearance and becomes more thick generating a good buttery mouthfeel and slickness down the throat. Still not detecting the bitterness yet, but I am sure this will come soon. This stuff is getting very tasty.

Third steep at another 7 seconds. Very similar to the second steep. Still getting lovely sweetness but still no bitterness. Good QI is beginning to set in sharpening my mind and thoughts. Fourth steep at 10 seconds and now the liquid has become dark golden in colour. I take a sip and there is the bitterness that I enjoy so much. However excellent balance of flavour as again the sweetness kicks in. I push the puerh a bit harder with longer steeping times and end up with the same great results. This is an excellent example of an every day, no frills puerh.

So, overall the 2010 Mansai for me is a little champion. It’s clear and crisp, smooth and mellow, however punches you hard when you want it too. This will all depend on how much bitterness you enjoy in your puerh. It’s great to see that with a bit of storage the tea has really mellowed. If there was any astringency I did not detect any. It certainly is a damn fine tea at a competitive price point. Many thanks to EOT.