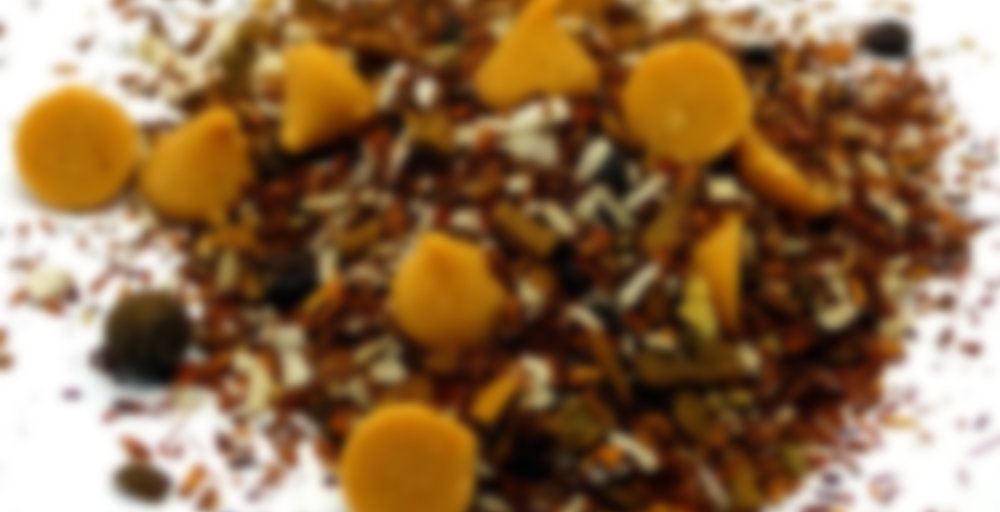 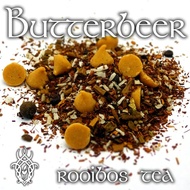 by The Forest Witch
67
You

From The Forest Witch

Delicious and decadent dessert tea based on Rosmerta’s famous beer at the Three Broomsticks in Hogsmeade.

Rooibos tea provides a sweet, robust base for butterscotch and spices to tempt your taste buds from. Coconut adds a yummy vanilla-nut flavour as well as conjures the image of a nice foamy head on a warm mug of Butterbeer!

About The Forest Witch View company

I’m not totally sure why this is called butterbeer, since it does not taste of butterscotch or beer, now is there any cream soda/creamy element that I would expect in something buttery. This tastes like any other rooibos chai with red rooibos + spices like cinnamon, coconut, ginger, and allspice. It wasn’t a bad cup, but had no resemblance to what I would imagine butterbeer would taste like.

For the record, in Harry Potter butterbeer is described as: “a little bit like less-sickly butterscotch”. Since this isn’t convincing me of butterscotch at all (no caramelly or creamy vanilla notes) I’m taking the rating down a bit.

That’s ultimately where I landed with this one too. It does have butterscotch chips in it, but I think they’re really drowned out by the spice. Eventually I just learned to accept this one for the flavour it offered and not what I hoped it would be. I figured some other Potterhead might get a kick out of trying this one if I added it to the box, though. This Etsy seller has a few Harry Potter blends; I have Slytherin and Gryyfindor right now – the former is great but the latter is more mediocre.

I normally wouldn’t drink a tea containing milk, but didn’t look at the ingredients until I saw the butterscotch chips in the steeper. I did take the butterscotch chips out before it had a chance to melt since I am very sensitive to dairy these days, but since the tea had already touched water I couldn’t put the leaf back into the packet. It was nice to have a chance to try it though, thanks Roswell!

I pulled this out of the SSTTB and I was going to write a review for the blog but after smelling the strong rooibos flavor of both the dry and steeped leaf and seeing the murkiness of the brew, I had a feeling I was not going to be a fan of this tea and felt bad hating a tea from an Etsy shop on the blog. I have done it before but tonight I guess I just didn’t feel like it. Instead I would hate on it (or love it) here.

So, in one hand I have a glass of red wine sangria and in the other this tea. This weird tea that tastes like lotion. Like lotion and spice. The sangria is nice at least but I am definitely not a fan of the tea. Didn’t have high hopes going in so maybe it’s like a self-fulfilling prophecy where I expected this to be bad so it was. Also could just be a bad tea.

I drank this one tonight too – I don’t LOVE it, but I definitely like it a lot more when I stop thinking of it as a “Butterbeer” flavour and more of a Chai type of thing. Have you had a chance to try any other teas from The Forest Witch? I liked her Cancer blend a fair bit, but I REALLY enjoy the Slytherin one.

I honestly wasn’t even looking for butterbeer. I just wanted something other than lotion. Tbh I looked at the envelope it was in and it was ripped and not properly stored so I’m wondering if maybe the coconut went rancid or something went off because this was bad.

Also I think this is the only one I have tried from her which may be part of the reason I felt bad hating this tea on the blog.

Also yay for tea twins drinking the same thing! It’s been a while since we did that :P

After checking out your profile and stalking through you tea cupboard I’d be interested in doing a little tea swap! I know this isn’t an ideal place to discuss but unfortunately I can’t send you a PM… I think maybe steepster only lets you PM people who follow you?

In any case, I have a laoshan black and an autumnal darjeeling I’m particularly interested in doing a sampler swap to compare to the ones you’ve got. I’ve got quite a few others in my cupboard and some that aren’t marked as stocked yet, too. Feel free to PM me if you’re interested :D

Quotations, because it’s not a true sipdown – I’ve decided to pass along the last few cups of this to the Discovery Tea Box. This cup was great; sweet and strong butterscotch notes, coconut body, and strong allspice/ginger finish. I think it was legit the best version of this that I’ve tasted to date. Maybe that’s because I left the teabag in the cup which let it get really potent, maybe not. I don’t know. I just know I’m not going to jinx it; this was a good cup and that’s the note I’m choosing to end my experience with this tea on.

There’s nothing else I think I can get from this tea, and so I think it’s time to let someone else try it and hopefully get a fun experience from the fandom connection.