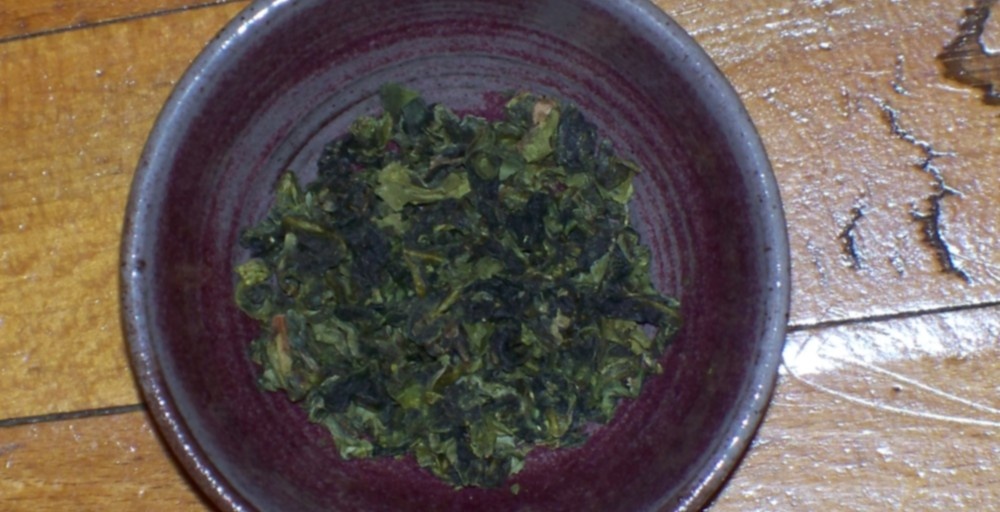 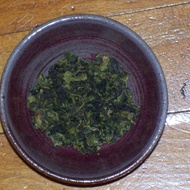 by The Jade Teapot
75
You

From The Jade Teapot

About The Jade Teapot View company

The writing on the package is all in chinese which I can’t make head nor tail of, so I looked at how everyone else was steeping this tea. Since this is a green oolong I went for the lower end of the temperature spectrum and it seems to have turned out well.

The first steep was a very pale yellow shade with an extraodinarily flowery scent that made me think of lilacs after a spring rain. There’s some of that in the taste aswell, though the dominent flavour makes me think of honeysuckle blossoms instead. It isn’t all floofiness though, there’s substance to this tea that keeps it from being too light or perfumed.

Yep. Honeysuckle! I was surprised at how much I liked it.

This is the last of this! No more tea leaves. At least I’ll get a good number of wonderful steeps out of this. It’s probably a good thing, because I’ve held onto this tea far past its prime. I just didn’t want to finish it off because I still really rather like it. And the Jade Teapot’s closed now.

I think I need to put an order in at Life in Teacup. They have a wonderful selection of Tie Guan Yins. Plus, I’ve been eyeing a few of their handsome little teacups… The one with the fish pattern mostly. Although I like the semi-glazed one they’ve just released, but I actually came home with a SET of teacups very similar to that from Value Village. I also want to order a few teas based off of the samples I got. I’d have to look up which ones… I’m forgetful when it comes to names.

I am a collector of things, it’s very bad.

But yes, the tea. A bit different from how I remembered it, but it has been a while, and it’s on the greener side of the scale, so I know it doesn’t last as long. Still, light and delicious to sip, and makes me want to break out a book to read.

Hey, there are worse things you could be collecting. ;)

I was sad too when the Jade Teapot closed. I wish I’d gone ahead and bought this tea while I had the chance.

At least teas and teacups are small enough that it’ll take a while before I start SERIOUSLY running out of room.

I wish I’d gotten a few from them. And from the Simple Leaf.

Yeah, I never got to try the the infamous Dawn from The Simple Leaf, which makes me a sad panda.

I’ve thought about getting some nice Yixing teaware and whatnot, but to be honest I have nowhere to put them; the boyfriend-creature already gives me a hard time about how my teas overflow their cabinet onto the counter. XD

You know, if you’d come up to me this morning and said, “Cait, how would you like to try a roasted zucchini tea?” I probably would have made one of those faces from the low end of the ratings scale. And yet!

I’m really enjoying this. I’m using mini-steeps, but they’re all coming out quite consistent: thick-feeling without being heavy, very smooth, smelling and tasting of roasted veggies, and showing just a hint of sweetness (it actually makes me think of squash blossoms).

Thank you for the sample, Jade Teapot!

So I have found!

I got my sample in from the Jade Teapot and Thanks Steven for sending this to me! I am not sure about much of anything about this tea only that it come from The Jade Teapot and that he sent it to me out of the kindness of his heart. The reason I don’t know much about it is because it is a sample from China and the sample pouch it came in is written in Mandarin. While I do not read Mandarin I do know that it is Tie Guan Yin (Which I know to mean Iron Goddess of Mercy) and it’s an Oolong Tea!

It’s on the green forum of oolongs and the smell is like (and I can’t believe I am about to say this) but smells like hairspray! And not like the great smelling Salon Selectives (of the 80’s and 90’s) but sadly more like AquaNet :P ewww but surprisingly the taste is not bad!!

I love greener oolongs this one is very vegetal in flavor and leaves my palate with the slightest whisper of jasmine flavor. (Patting myself on the back for ordering that Jasmine oolong from Adagio sample) otherwise I would not have been able to place the jasmine flavor in this cup.

Thanks The Jade Teapot! Aquanet smell aside this is not a terrible cuppa! :)

BTW the packaging says “The Famous Tea of China”

One of the great joys of being happily married nearly 25 years is getting to walk up, stick something under my husband’s nose, and say, “Smell that!” Which is what I did with this little sample because I couldn’t quite place the scent. I’m a teetotaler, so I couldn’t accurately place whether it was a beer smell or not. It wasn’t. One whiff and he said, “Honeysuckle!”

Which is intriguing, since there’s not a bit o’honey or suckle in this. But that’s IT. Nice, sweet, plant-y. Pretty gold color. Nice spring sort of flavor. Doesn’t get bitter after it’s set a while. Perfect for sipping under the cherry blossoms—-if I only had some to sit under.