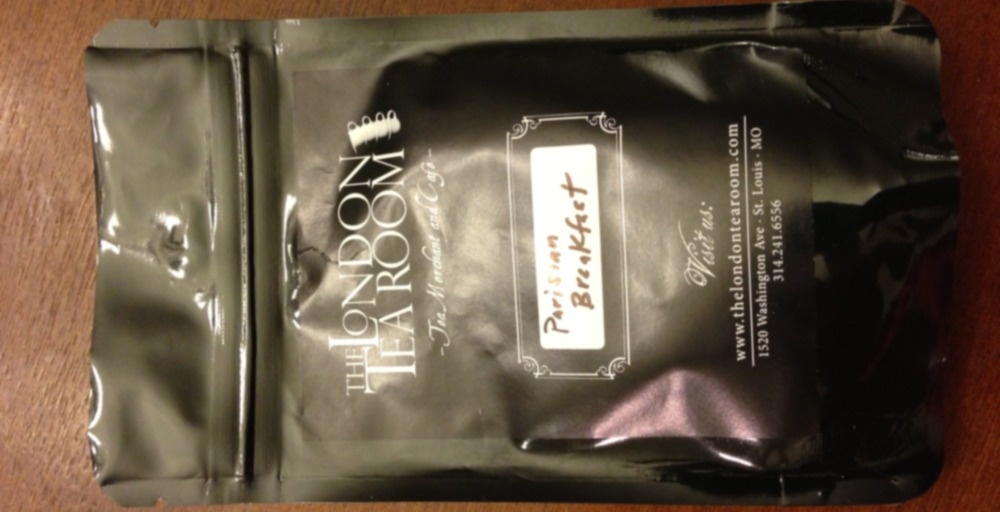 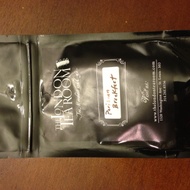 by The London Tea Room
78
You

From The London Tea Room

Enjoy the morning as an expat with this gorgeous blend of organic black teas, hints of vanilla, chocolate and orange, and toasted croissant. Lovely with a touch of milk and a bleepful of Henry Miller. Our own blend, crafted by the tea sommeliers at The LTR.

This tea has a little bit of everything I love in it – chocolate, orange, vanilla and toasted croissant in a black tea – ahhhhhh. This was the first London Tea Room blend that I had when we went to have lunch there last summer and it fully met my expectations. I love that it is a really robust black tea with some sweet notes with a nice, buttery croissant taste thrown in. There’s something really comforting about it. I could drink this tea all day long and be perfectly content!

Omg that sounds amaaaaazing! I will have to find a way to try it sometime!!

whatshesaid, I wish I had known and I would’ve put some of this in your package that I just sent! I can pick up some more the next time I am in St. Louis to send to you! I don’t have much left now, and it’s from July, so I’m sure you’d want some fresh stuff!

I took up knitting about a month ago, & last night I finished making my first pair of socks!!
https://www.facebook.com/terri.langerak

This is a lovely tea, especially lightly sweetened. It’s bold enough to be satisfying, with a touch of vanilla, chocolate, & orange. I drank it while Tony & I were watching Winter’s Tale.

thanks!
This is actually project #3. First it was washrags & dishrags,& I’m still making those too, then I started working on squares for an eventual afghan, using a variety of patterns, kind of a sampler. I’ll be working on that for awhile.
Then I got to make my first pair of socks!
It feels very gratifying :)

Socks after only a month of knitting? So impressive!! They look great :)

Awwww, terri your feet are so cute!!

Thank you Terri Harp Lady for this sample tea!!

First let me say for all you people on the East Coast…I hope you are dry and well…drink tea and hunker down! The wind and rain on the news looked fearsome! My prayers are with you all!

I live in that la la land called the ‘Mountain Time Zone’. (Hey, that makes me a Mountain Mama doesn’t it!)
There are probably few people who can name any States that reside in this Zone (and a lot of people don’t even know there IS a Time Zone other than Eastern, Central and Pacific (I know Hawaii and Alaska have there’s too!)). Up here in the Frontrange with the migrating birds (they’ve started to arrive), I’m waiting for the temperature to drop. 80’s are better than the high 90’s of Summer…but I want FALL!

I do Spring Cleaning and Fall Cleaning. Today, I took down anything that looked like Spring and Summer and began the transition. I changed my floral arrangements, pillows and throws first. I’m sure that will change the temperature outside in the same way that washing my car makes it rain.

My morning tea today was this Parisian Breakfast that Terri sent in a swap. It was an easy choice. It had the word “Breakfast” in it.

There were little bits of orange rind (without pith) in the dry tea
which was a pleasing aroma.

The liquor was dark and very strong. (Not the kind of tea that I would drink plain.)
My first sip, tasted of vanilla and orange but again, it was strong. I was sure this blend was meant for milk or cream.

I added sweetening and cream which brought the tea to where I believe it’s intended to be enjoyed alongside a fresh crossiant or buttered roll.

As the tea cooled there was some astringency and I didn’t taste any cocoa or chocolate during my tasting (curious). Vanilla, yes…lots of vanilla and some light orange.

A pleasing little tea, not spectacular but good with sweet buttery bread.

Country Roads …. take me home … Mountain mama …. sorry you made me think of that :)

Thank you to Azzrian for sending me some of this tea!

This was tasty, although, I was a little disappointed that I didn’t get a chocolate-y taste that was promised to me in the description of the tea. I tasted the orange and a hint of the creamy vanilla, but the chocolate was sadly lacking. If I hadn’t read the description, I would not have even realized that there was supposed to be chocolate notes in this … but when I focus on the sip intently, the chocolate is there … it’s just so very faint.

As the tea cools slightly, the chocolate notes begin to emerge. It still isn’t chocolate-y enough for this chocoholic, but, overall, the cup was certainly drinkable.

Original Title: Why is the Tea Always Gone?

Top o’ the morning to ye. It’s International Talk Like a Pirate Day. I be awake with the other salty dogs and sea witches staggerin about the deck and wishin I had two eye patches so as not to be so aggravated by the big shiny thing in the sky. Where’s me morning grog? Confound it all, me pocket flask has gone missin! It’s off to the galley for some tea instead.

So many varieties to choose from. Which one shall it be today? Here’s a sample some mermaid with a harp gifted to me. Let’s see how it smells…Ah, I’m detectin essence of old timbers with a hint of dead bodies and seaweed. . . Nar, I be jestin with ye.

This sample actually has a fine smell indeed. I have looked forward to trying it, expectin a flavor similar to my beloved Paris Morning (by Savoy Tea Co) but it’s turning out to be a completely different animal. It tastes like a very fine black tea with something pleasant but elusive. I be sniffin and tastin and puzzling but not sure what it is. It’s like something on the edge of my perception.

I do notice the tea base in this very much. It reminds me of the one I found so delightful in Savoy’s Christmas Tea. Whatever it is merits further investigation. I drank the first cup cold brewed but plan to brew up the second cup hot. We‘ll see if I can find out what treasure is buried in this fine tea.
. . . . . . . . .

There’s nothing like drinkin a tea hot ter distinguish its’ more subtle perfumes. I can smell the barest hints of vanilla n Arr-enge. Tis only a hint though, just enough ter give this very fine tea a bit of exotic mystery. Methinks I brewed it a mite hot the first time though. It had a touch of astringency. The resteep was done with care at a lower temperature and came out better. For a lark, I tried one cup with coconut milk and sweetener. It tasted good, exactly like coconut milk and sweetener taste good. I could have left the tea out and not missed it. . . Methinks the flavor of this tea is too delicate for that sort of thing.

This tea is the sort that can stand alone and is best served warm so one can breath in its exotic mystery. I couldn’t tell ye much of that fru fru talk of what makes it so fascinatin, but I know what I like. Time to brew one more cuppa….Shiver me timbers! The entire sample’s gone already?

Hmm. . .I steeped this one twice today. I expected it to be a bold, strong cup since it was nearly coffee like in colour. But, there was something lacking. The berry was nice, but it didn’t give me what I was looking for. Happy to have tried it though!

i snuck some of this from terri’s overflowing cupboard when i was there just to see if this was something i can get behind. I for sure got the chocolatey notes in this one as i had it this morning, but there’s something about the base of the tea that isn’t my favourite. An enjoyable cup, but i’m glad to just have my little sample cup to drink:)