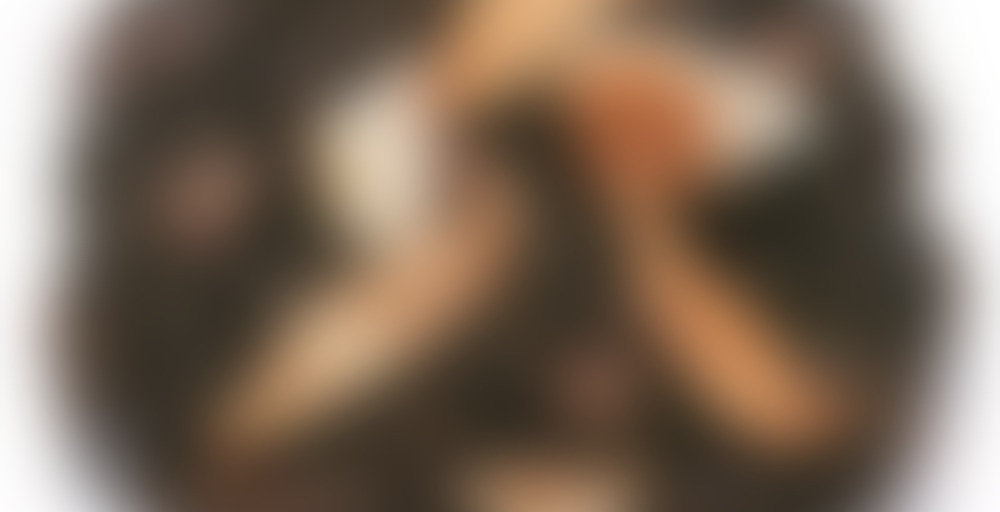 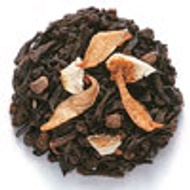 Cinnamon Bear
With three types of cinnamon, orange peel and sweet cloves you will swear that you were eating the real thing! This blend was named by a good friend Jamie, who eats bags of cinnamon bears at a time.

If you like Cinnamon you will likely love this. I do not believe I have ever encountered such a concentrated cinnamon taste. It’s quite overwhelming. I’m not a subtle person at all, but I would prefer that this be a bit toned down.

As far as cinnamon teas go, this is certainly the tuba, the percussion, and the whole orchestra added in. I cannot detect the orange and the clove but I will try this again with less steeping time, perhaps or add some milk and sugar.

Note: added small amounts of sugar and milk. I think that the milk cuts through the cinnamon a bit. The sugar makes it almost unbearably sweet and I added only a couple of small crystals.

I would highly recommend this to anyone who is looking for a great cinnamon hit. If you love this spice, you will love this tea. I prefer a more moderate cinnamon, but this is certainly a tea that delivers on all of its promises.

Second Steep: Although the directions call for a 5 minute steep, I made my second steep for 3 minutes. As a second steep, I used a mug that is about 16 ounces (i.e. almost twice as big as my first cup). I also added water from the start. This is good now and still extremely rich and flavorful.

If you love cinnamon, I’d recommend buying this tea and working your way UP instead of, as I often do, working a way down. It’s really concentrated. Try less than a tsp at first and try a 2-3 minute steep. Some experimentation will get you the most cinnamon-y tea out there!

I received a bit of this in a package from Doulton today! Thank you Doulton!

So… you know those red hot candies? The little tiny red candies that are super cinnamon-y hot? Now, imagine them all liquefied (but not sticky!) and in a teacup! What you would have is this tea. YUM!

Boiling 3 min, 0 sec
Yours I Like This
8 likes
3 comments
Edit

Do you have any H&S to do a SBS comparison?

I do have some, courtesy of Doulton! She sent me some of the Harney tea as well as this.

Funny you would possibly get the same tea just distributed by 2 different companies from the same person lol.

Very sweet and somewhat syrupy. Spicy, full flavour. Not so strong it overpowers, but rich and unsubtle. Cloves mostly in the finish, which I like. One of the better cinnamon teas I’ve had.

As far as teas that taste exactly like what they are intended to mimic, this one totally hits its mark. The package says no additional sweeteners are necessary, but I’m the habit of adding milk/cream and sugar in everything. I did sip it first, and was mostly overpowered by cinnamon but not a lot of sweetness. I think it would actually be better without the milk, but my picky tastebuds love some extra sugar.

I can taste hints of clove that remind me of a strong chai, but overall I think this reminds me most of Celestial Seasonings “Tiger Spice” (which I’ve taken to calling tiger blood, lol) only taken down a few notches on the strongness front. Tiger spice is way more overpowering and so strong it makes me feel the need to sneeze. Cinnamon bear gives me a nice mix of that cinnamon flavor without being too overwhelming. It’s definitely not subtle by any means, but with a couple spoons of sugar it’s pretty awesome. next time I’ll do without the milk, because I think it adds a weird flavor note that doesn’t go well with the cinnamon, but for those who may find this too strong, a bit of cream or milk might help. I’m not sure if a different kind of milk might work better with this tea (almond? coconut?) but I will experiment a bit.

Overall, I like it and if you’re a fan of tiger spice but think it may be too strong, try this one. Its totally like biting into a cinnamon bear gummy.

I received this as a sample in a recent order from Necessiteas. Cinnamon was sounding especially tasty today, and this definitely seemed to fit the bill. Wow. What a bold cinnamon flavor. Tastes like a melted red hot, which really hit the spot.

Wow, this tea is intense… very strong cinnamon flavor and very sweet. No sugar/sweetener needs to be added. If you’ve ever had the cinnamon bear candies then you know how this tastes. My only complaint would be the residue that gets left in the pot after brewing this stuff — it’s rather gritty.