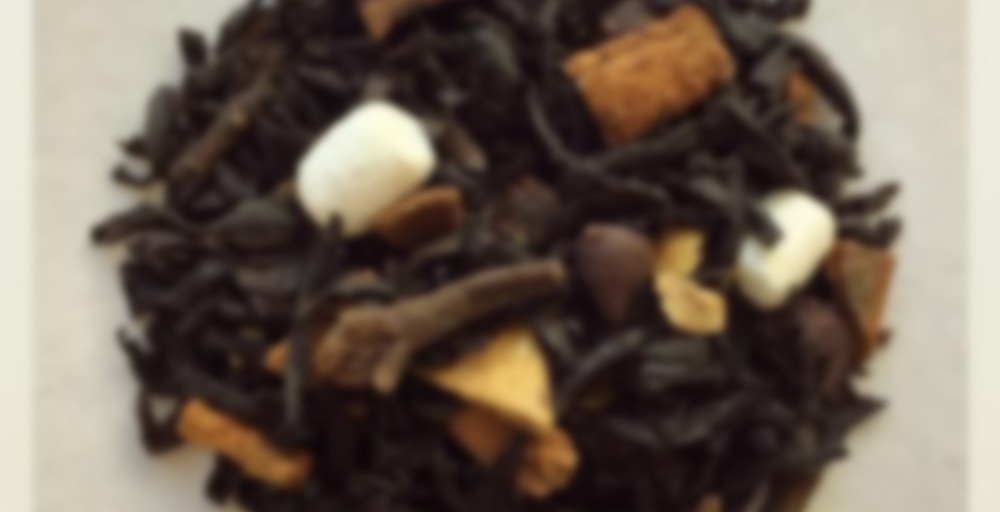 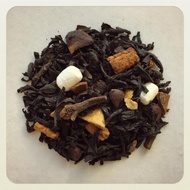 I once watched the movie “Chocolat” and it made me want to be a gypsy and travel around making chocolate. However, being a gypsy isn’t very practical so instead I decided to create this “Maya” inspired tea blend. (I’ll work on that traveling gypsy thing later) Until then, let’s get cozy with this intoxicating blend of chocolate, cinnamon, and cardamom.

#tiffanys2021sipdown Tea #157 overall / Tea #28 for April
Monday 04/19 — Necessiteas Mayan Hot Cocoa silver tin. This was an older tea from my first (or one of the first) orders I ever made from Necessiteas. This tea used to be the one I’d mixed with DT Nutty Granola Crunch but I used up most of that tea so I’ve been trying to sip last of this the MHC down… used the rest to make a nice flavorful hot & plain 16 oz mug of tea with a splash of milk.
#tiffanydrinkstea #tiffanys2021 #tiffanysfaves #tiffanyinthe614 #tiffanysteasipdown #sipdownchallenge

Whoa! This is all cinnamon! I get what the blender was going for, but the balance between cinnamon and chocolate is not there. This reminds me a lot of a local brunch place, Hobee’s, that has a super strong cinnamon tea. So much cinnamon in fact that it gives me a stomach ache and hopefully this tea doesn’t follow in that path as well. There is a sweetness here and it’s hard to tell if it’s just from the cinnamon or from the marshmallows and other ingredients. When I think Mayan hot cocoa chili peppers come to mind. I get a little bit of spice, but it could just be from the cinnamon. If I wait long enough I’ll get some chocolate in the finish, but there really isn’t much. Maybe if I put it in the back of the cupboard the cinnamon will mellow out over time and let the chocolate out to play. As is, it’s a cinnamon tea and I’m really not into it. :(

I’ve always been so curious about this company, but they are always sold out of the teas I am interested in lol! I feel like I should place an order once I start running out of teas.

I have an older tin of this tea and have been using it mixed with David’s Tea Nutty Granola Crunch. TBH I can’t recall if I’ve ever sipped it by itself. LOL!

My best friend lives in the Bay Area, and I always want to go to Hobee’s when I visit, hahaha! (I like their breakfasts). First time I had their “red hot cinnamon” tea it was a really good batch, last time I was there it was brewed way too strong for my liking.

I was feeling curious about this company too, Silent Kettle. I finally made one purchase and liked the tea enough. Got an email that there was a shop restock and had a really frustrating experience with items being sold out from in my cart as I decided between two other teas, so I skipped ordering and it’s taken me a while to try their site again. I get the feeling it’s a side hobby/business for the owner, so finding items in stock is pretty hit or miss.

Hmmmm… maybe I should try mixing this with a chocolatey tea!

I was raised on Hobee’s for brunch. I love their coffee cake, veggie scrambles and shakes. I hope they survive the pandemic. :/

Thanks for this one, VariaTEA!

Steeped this one up hot at work, and while there wasn’t anything I didn’t like about it I also just thought it tasted somewhat weak in general. Like, watered down? Yes, there was some chocolate taste and I certainly got the cinnamon, and then some other more generic spice from the cardamom/clove/etc. but nothing that really gave this any sort of impactful presence at all. That sounds harsh, but it’s also just true…

So, I kind of decided to use this as a guinea pig tea of sorts – we just got two new kinds of agave at work, and the one the staff was most intrigued by was the chocolate so I bought a bottle for staff use. I’m not a big agave person myself, but since the flavour seemed like an appropriate match I gave it a go. I certainly wouldn’t buy a bottle of the agave for myself to use at home BUT I do think it gave this tea the extra chocolate richness needed to not feel flat/bland.

So all in all it worked out.

Holy hannibel this is sweet. I think it’s the marshmallows and the sugar – ie, i would be happy with one or the other :) it may also be the cinnamon as well…giving that sense of sweet. It’s not bad, but i’d like to try this again with a shorter steep :)

Besides the cinnamon does it have any heat? Always liked the idea of spicy cocoa and this kind of blend looks neat! :)

Sadly not really, it might be the sample I had but it was mostly sweet, cinnamon, chocolate vs being spicy

Mayan Hot Cocoa. So spice? Well, there definitely is cinnamon here but between the cinnamon, the marshmallow, and the sugar, this is far too cloying. Especially when you consider there is no heat to balance it out. It is not bad per se but it also isn’t mayan hot cocoa if you ask me.