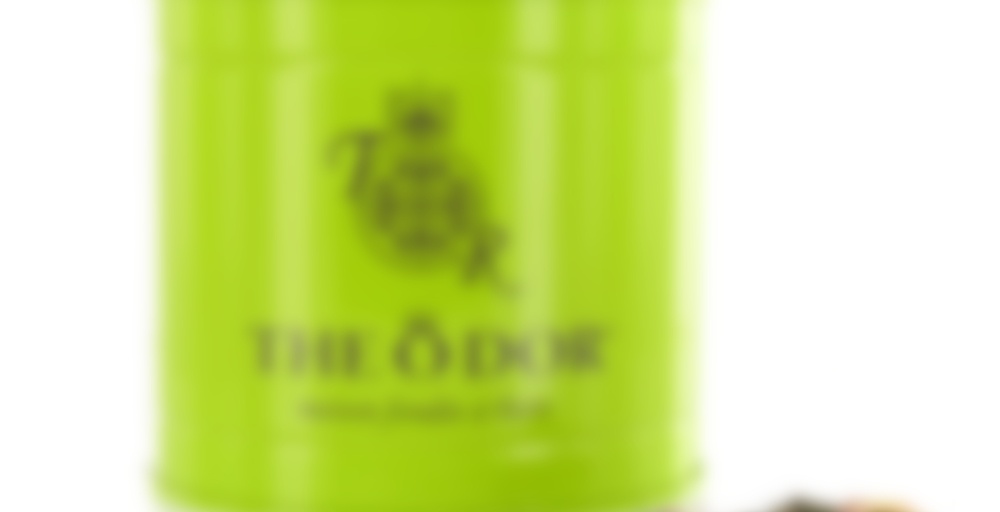 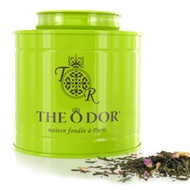 This tea, delicately perfumed by cherry blossoms (Sakura) bears the name of the traditional Japanese custom of contemplating the beauty of flowers: Hanami. This ancestral practice, orginally reserved for the imperial court, is now celebrated by the Japanese as a tribute to spring and the cherry trees in bloom.

Another detour along the path of Project Finish Golden Moon samples. This was another sample The O Dor threw in with my order from them.

It’s unclear to me exactly what is in this. It came in a white envelope with a handwitten label on it with just the name of the tea. The web site isn’t much help either. The dry mixture looks like sencha with red and pink flower petals in it, but it’s also got a couple of little twigs, which seems odd. It smells spectacularly like cherry. To the point where I can’t smell the tea at all. I’m guessing there was some flavoring added as I can’t believe a few dried flower petals could generate the sort of cherry fragrance I’m smelling (even if cherry blossoms smell like cherry, which they may, but I wouldn’t know).

The liquor has that characteristic, hazy sencha look, with little particles suspended in the water. It’s yellower than it is green, and on the lighter side but not pale. The cherry fragrance is present after steeping, but it isn’t as strong and is balanced with another, somewhat savory, buttery scent.

After all this build up, disappointingly, it doesn’ t have a lot of flavor. There is a subtle cherry note at the finish, but what comes before isn’t distinctive. I’m hard pressed to identify it as tea. It’s more like a broth without a lot of flavor. I imagine this is what sodium free “lite” chicken bouillon might taste like — mild to the point of almost tastelessness.

Sad. There’s nothing at all offensive about it, and the cherry is done well. In fact, the cherry being done well is the only reason I’m giving this a rating higher than the Golden Moon sencha, since I’ve experienced a lot of poorly flavored green teas. But I’d hoped for a flavored green breakthrough, figuring if anyone could do it, the French could. It’s a curse, I tell you.

Cherry makes sense since “hanami” is the Japanese term for cherry blossom viewing, where you and a bunch of your friends grab a taurpalin, a cooler, and a portable grill and go sit watching the cherry blossoms bloom/fall whatever. It’s all about celebrating the beautiful impermanence of the blooms except not really because it’s really all about drinking. But perhaps the light flavor of the tea is trying to be a message about fragility and impermanence! Let’s go with that.

As for cherry blossoms, they don’t smell like cherry. Or at least not that I remember.

pretty much! people get to good sites (i.e. ones with lots of trees) really early and claim a spot and then basically sit there the entire day chilling out. Some groups will rent karaoke machines, and I once saw a really beleaguered looking pizza delivery guy trying to find his customer in what was seriously a sea of people. It’s good times!

Lol on the pizza delivery!

Tried this at a patisserie. Hanami literally means “flower viewing”. It’s what the Japanese do in spring: partying with friends and family under blooming sakura trees. So, I was expecting a beautiful, sakura-scented tea. The dry leaves did have the aroma of sakura, which was lovely even though I knew it came from flavouring. Yet sadly this didn’t translate into the liquor… the tea was very light and the sakura flavour was weak. I almost forgot I was drinking tea after a while. :( Disappointing!

Thank you to Dustin for sharing a sample of this! The cherry blossom aroma was stronger than the cherry blossom flavor. Very, very mild. The green base was smooth and lacked any bitterness, but not complex or rich enough in flavor.