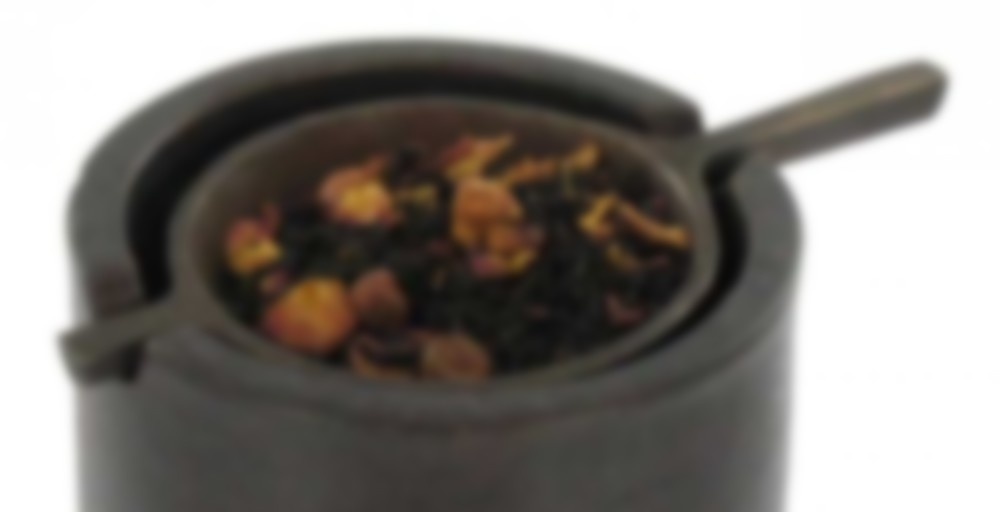 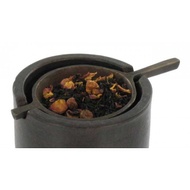 Some, well…some…Most of the people think that it is much easier not to take any risk and it’s even more simple when it’s already “déjà vu”…For my part, I enjoy new sensations, I take delight with unexpected alliances and fragrances, I like wondering out of the beaten tracks. After all, what about arranging a rendez-vous with a bit of the unexpected?

I tried this tea in the bagged form as it was part of a set of THE O DOR teas that I had purchased. Upon opening the bag, I was surprised at the sweet cherry and vanilla aromas – it almost smelled like a baked cherry and vanilla coffee cake. Delicious!

I brewed the tea for 4 minutes and 30 seconds (THE O DOR recommends 4 to 5 minutes) and grapefruit notes of the tea came through much more strongly in the aroma (but not overwhelmingly so).

The cherry and vanilla flavour were still there upon tasting, but much mellower than expected. The tea was also much less sweet than the original aroma led me to believe it would be. There’s also a bit of strawberry taste (though very slight) and overall, the tea is a mellow, soft and easily drinkable black tea. I definitely think this tea could hold up to a bit of sweetener (I’m thinking something neutral in flavour, not a honey) and milk/cream, but I think a bit of lemon would cause the soft fruit nuances would be lost.

Though I really liked this tea, I’m the type of person where if I’m going to drink a flavoured tea (which I do often), I want there to be a bit more flavour. So while I’ll definitely finish the bags that I have, I don’t think I’ll purchase again.

I am slowly drinking the remains of my The O Dor teas that I had from Urban Tea Merchant. I have probably 10 – 15g left of this one, so I brewed some yesterday. I always liked that The O Dor was not artificially flavoured and am becoming increasingly irritated with other companies that do, as I don’t think it’s necessary. I have become more and more of a tea snob in that sense.

Side note: Kind of like how I am now a sushi snob. Before I could stomach the all you can eat variety, now… it tastes like garbage.

I digress back to the tea…

Dry: It smells citrus-y and the notes of raspberry come out right away, it’s a comfort to me.

Steeped: I am pretty much consistent in adding some sort of milk or milk alternative to my tea, along with some sugar or stevia, especially with black tea. Herbals I find I don’t need to do this with, but there’s something special about black tea. I catch onto the berry flavour immediately and the sugar brings out the vanilla that’s in it, it feel thick and in my mouth, probably because of the cream.

Overall, this never was my favourite black tea, but it was one that I did like when I was looking for something that was more tart and fruity instead of sweet and fruity.