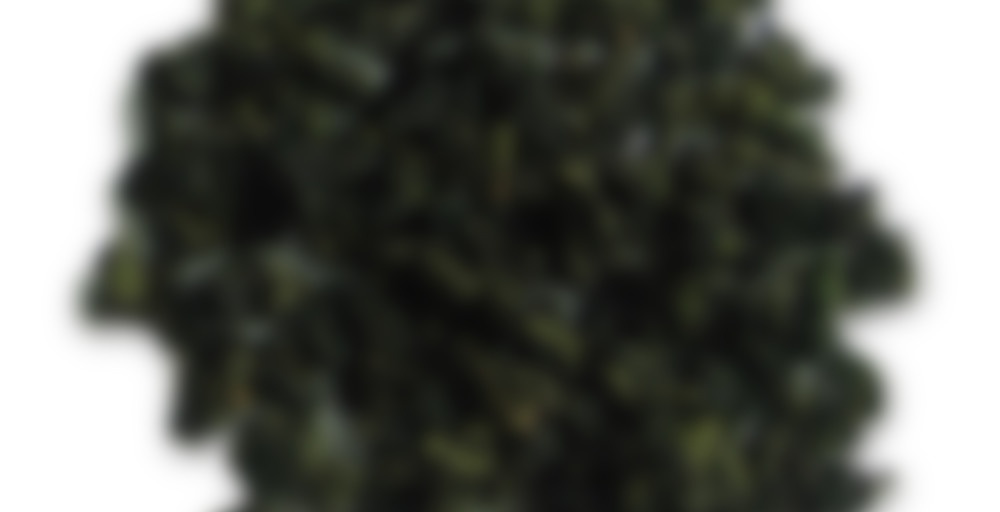 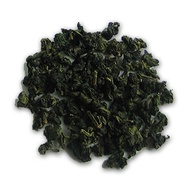 by The Phoenix Collection
76
You

From The Phoenix Collection

A competition grade Tieguanyin Oolong from the An Xi Region of Fujian Province. This tea is lightly oxidized, leaves show shades of green and hints of brown. As the leaves steep, they unfurl and show a serration on their edges as they release a honey–colored liquor with an orchid–like flavor that will linger. Briefly rinse the leaves to awaken them, then steep in water at 185–200 degrees for one minute and taste. This Oolong is very rich and will steep multiple times as the leaves release their complex flavors.

About The Phoenix Collection View company

First, I should note that I ripped the “company description” and image from Silk Road Teas’ Monkey Picked Tieguanyin. David Lee Hoffman is the former proprietor and buyer for that company and the high-end Tieguanyin they offer is pretty much the same sort of TGY he’s now offering through his new venture The Phoenix Collection. However, there is no real website and no company descriptions or the like to be had from The Phoenix Collection as of yet… Best bet for most teas from Hoffman is to go onto Bon Teavant for images and descriptions.

This tea exemplifies the trend in oolongs away from their dark and twisted roots to the light and crumpled incarnations of today. Sure, sure, TGY is certainly a traditionally rolled oolong, but it wasn’t ‘til Jades took over in Taiwan that the red-tinged dark moss colored leaves of Tieguanyin began their march to grassy green. I happen to love medium-ox well-roasted TGY and find it sort of disheartening that it’s hard to find among the “Competition Grade” teas. I do think Jade Oolongs definitely have their place… I’m just a bit biased in thinking that place is Taiwan. I love the notion of diversified processing methods throughout the land, but think it’s sad when trends wind up wiping out traditional methods in a fell swoop. The second issue of The Art of Tea Magazine had a nice article about how Red Water style Dong Ding has all but disappeared due to this same trend…

Anywho, despite my reservations about changing styles eclipsing the old, and barring my preference of darker oolongs, this is a lovely tea. It’s got a good amount going on and it’s pleasant in presentation.

I used 4g with 100ml water in a glass gaiwan. Single rinse using 84 degree water. I only did three evaluative infusions (I was hungry): 1minute-83C, 30seconds-82C, 1minute-80C. I brewed more, but drank from the gaiwan.

Dry leaves are bright green with yellow accents. Fragrance is like banana leaves with a slight squashy and rubber (ficus sap/latex) note. Smells similar to a stand of horsetail fern in a freshwater seep near the coast. Smell carries through to the wet leaf aroma, but sweeter and more buttery, like a cinnamon roll without too much cinnamon. Liquor is bright yellow-green (sorta cartoony toxic color, but clean looking) with steadfast transparency. Aroma very different from either fragrance or wet leaf aroma – notes of zucchini skin, cucumber, cardamom, true cinnamon, Cymbidium orchid, iris flowers and foliage, rosemary, sage, and some watercress.

Not much to say about the flavor after the aroma – it’s mostly tactile accompaniment to what’s going on in the nose. Sweet and sour are played with a bit. Sort of a home made whipped cream effect going into a lingering milky-sour note that stimulates the salivary glands. Faint notes of orange bell pepper, cooked green pepper (as in a chile relleno), tomatillo, mugwort, and pounded rice and soy confections (like mochi). Thick mouthfeel and very smooth. Despite all that’s going on, it’s a mild tea. Light bakey notes and a sunflower nose in the aftertaste.

Soothing tea that I wish I had easier access to.

Any chance this is the same TKY Chicago Tea Garden offers? A lot of their teas are sourced by David Lee Hoffman.

Y’know, it very well may be. As part of the agreement when he sold Silk Road Teas he was not allowed to sell teas for a period of five years and he was really blown away when legal action was raised against him when he violated it selling some of his puerh cakes. Seeing as he maintained his contacts and continued buying, it totally makes sense that he’d sell through a vendor he held in high repute and did dealings with. I’d believe it to be the same and prolly wouldn’t be able to taste the difference apart from differing storage conditions.

Thomas – we are always willing (and I guess able in the case of our Website “company description” and Tieganyin text) to lend a hand in promoting good teas. Also, we have some Oolongs that may interest you, particularly of the more traditional oxidized style. But, we think some good words our way would help as well. It should be noted that Silk Road Teas sources its Oolongs from many of the same farmers that David Hoffman now does. That is the beauty of relationships, especially those built around good tea. For the matter of legal action, we are not aware of any such activity. We have always kept a level of understanding and humor about Pu-erh dealings.

Story was related to me by a vendor in the North Bay Area after he started offering the Phoenix Collection. Specifically, it was a reminder of David’s legal obligation sent to Hoffman, not any kind of lawsuit. It’s the kind of thing that needs to be done to protect against precedent, not a commentary about the dealings of companies in any way. Point I was tossing out there was that he agreed to not be out there fostering a competing brand for a short period of time, but due to the nature of relationship-products the tea he started selling on his own is likely to be virtually indistinguishable from that of the companies he’s worked with.

Are you a representative of Silk Road?