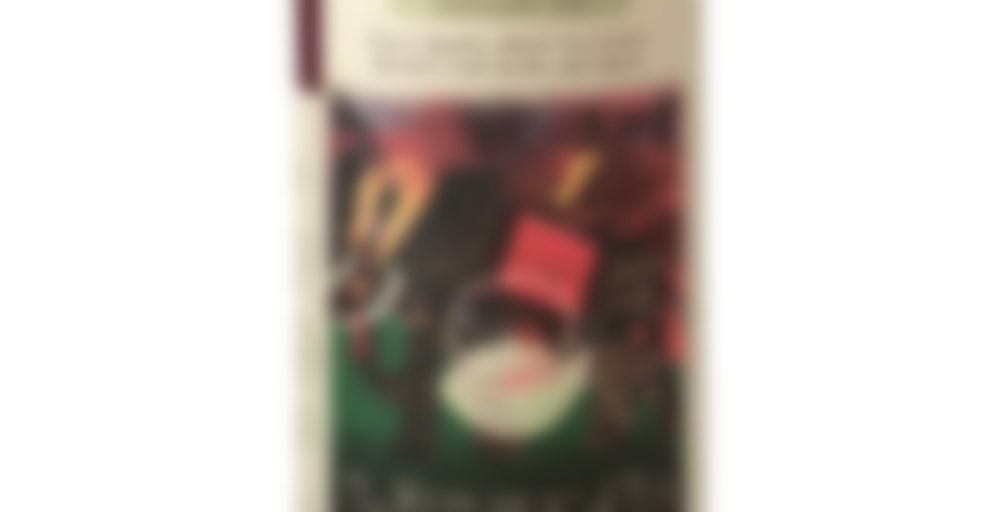 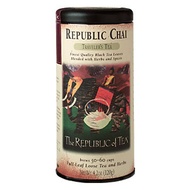 by The Republic of Tea
70
You

I was in the grocery store the other day debating over what milk substitute to get. I’m mildly lactose intolerant, so for days where I drink a lot of tea with milk I need some sort of replacement. I really like soy milk but I wanted to try coconut or almond to see what it would be like with tea. Coconut or almond, coconut or almond… then magically, I found a carton tucked in the corner—coconut milk AND almond milk! Perfect! It’s too hot today for any warm tea and my air conditioners don’t get here till tomorrow (damn you, Memorial Day!), so it was time for something creamy and iced. I only drink a few teas iced with milk, and chai is my favorite for later in the evening, so chai it was!

This is pretty much my go-to chai for mixing. I’ve made concentrate from it (which is what I used for the iced latte), I blend it with other teas, I cook with it, etc. I don’t really use it on its own so I feel weird giving it an actual rating… the way I use it it’s a clear 100 but as a base I’m just unsure what to do. So, no rating, but I do love it! It was SO good with the coconut almond milk and tasted (unsurprisingly) like coconut almond chai! Refreshing, creamy, nutty, spicy, cooling, delicious. Next I think I am going to make some chai caramels with the almond coconut milk instead of heavy cream…

I just found coconut milk creamer! I’ve never seen it where I live so I’m taking it back with me just to see how it’s different from the usual coconut milk I drink.

I had the same idea as you, but I iced my masala chai with almond milk today. Coconut milk goes great with masala chai. In fact, Yogic Chai makes a good coconut masala chai.

Yogic’s coconut chai has been on my wishlist for ages, I plan to make a big order there one day but I keep making smaller purchases instead. ^^; They have so many amazing flavors!

Mmmm… I was really craving a strongly flavored chai this morning, and this is definitely strong. I love how this is so strong and warms you all over (thank goodness it has been really cool out this week). I don’t like this one as much as the red counterpart, but it Is still quite yummy.

Am I alone in thinking this tastes like licorish? Hmmm.
A little weak to be a chai. Oh well, it was a free sample, and it was tasty, if weak.

I like my tea twin KeeneTeaThyme am on a quest for a good chai. I thought this could be a real contender. I’d heard good things from friends who swear by Republic of Tea teas. But this was SUPER weak with one bag. I even prepared said teas as Republic of Tea suggested (simmered, milk, and honey) and it was still weak. I will try to double up on the bag as another Steepster suggested.

All the traditional chai spices were there, but pretty weak. May try again and double up the bags.

I’m really not a ‘tea bag’ person and buy loose tea whenever I can manage it, so I bought this loose as well and I used quite about 2 tsp of it when I made my cup. Mostly because I’m heading out into the cold (to go to the movie theatre for HARRY POTTER! YAY!) so I wanted something strong to hold me upright against the wind.

I love this tea. It’s my favorite from the Republic blends I’ve had. It’s strong, spicy, and moments after a sip I can still taste the flavour. I do like strong tasting teas, (for years I drank my coffee as strong, black, and angry as I could) because I hate watery pathetic flavourless dribble. I found this tea sensational and if I could smuggle a cup into the theatre with me tonight, I would.

Traditional chai taste, very full flavour, certainly peppery, and perfect with some milk and honey as per the suggestion. I’ll certainly have more of this in the future!

I found this weak tea-wise but strong spice-wise, so I usually add a plain black tea bag and I’m good to go. However, there are more interesting chais out there.

I should note that I have the bagged kind not the loose leaf – maybe there’s a difference in tea/spice ratio.

Bagged teas rarely are going to be as good as loose-leaf varieties, but Republic Chai was disappointingly weak by any standard. There was just no “there” there, if you know what I mean. If you’re hellbent on getting your tea from a bag, Celestial Seasonings (which I associate more with herbal teas than with quality real teas) actually has a pretty good chai that has the requisite spice and which can stand up to milk. If you want the real deal, however, go for the loose-leaf stuff, such as Rishi’s Masala Chai. Or, if you prefer something with a strong cinnamon flavor, rather than cardamon, try Porto Rico Importing’s Chai Tra Que.

I usually like chai teas. I love the spice.

When I first open the canister, I was concerned because it looked like I bought ground pepper…

Not sure if I’ll try it again, I think I got a bad batch. I mixed it around, and it just looks like pepper.

So you liked the pepper water better than the bland spice tea from Adagio?

Well, the pepper tea had flavor, and the adagio tea gave me a headache from drinking it.

This is not chai. We don’t put orange peel and star anise in our tea—or cinnamon, but that might just be my family/region)—nor is simmering tea with water, milk, and honey a traditional preparation.

With that out of the way, this blend isn’t half bad. Like every tea so far in RoT’s 12 Days of Sipping box, it’s weak, but less so than the others. I’m on Day 11 and this is only the second or third blend I’d recommend. If you’re going to go with some form of cream and sweetener, I’d recommend two tea bags; the creamer mutes the flavour too much. I was pleasantly surprised that it tastes good plain and it tastes good cold—that’s definitely uncommon for a “chai” blend.

There is one thing I will say about RoT’s blends. I find cinnamon to be a rude spotlight hog in most cases, but in the RoT blends I’ve tried so far, it’s played surprisingly well with others.