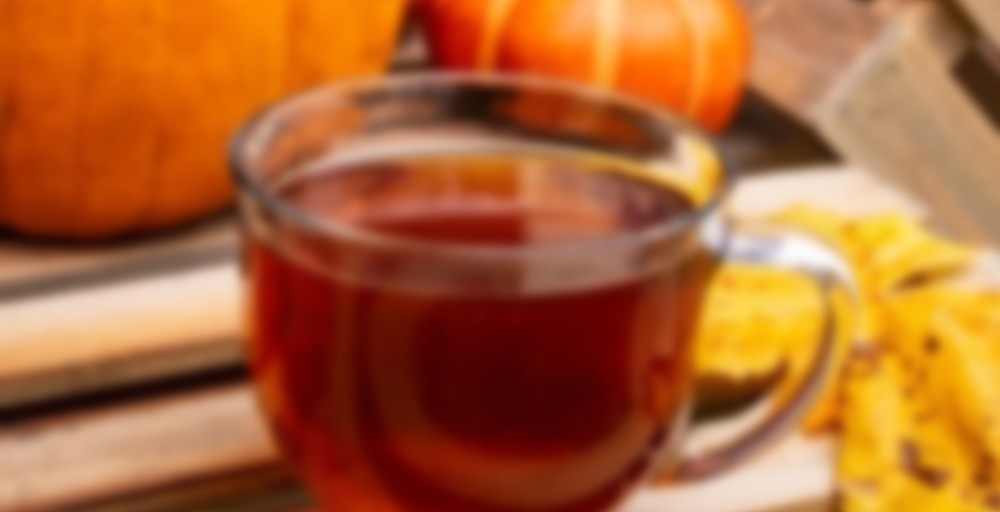 by The Spice & Tea Exchange
77
You

From The Spice & Tea Exchange

Whispers of spice merge with the flavors of a mid-autumn harvest. A steaming glass of this chai tea is the perfect companion for crisp mornings and cool nights.

Autumn Harvest! This pumpkin tea has a soft spot for me, because it was pretty much the first loose leaf tea I purchased that got me into tea, back when I was on a vacation Labor Day Weekend back in 2016 (I think the other tea I bought that vacation was a Cinnamon Plum herbal full of hibi that pretty much everyone on here would hate, but that cemented me as a hibi lover for life… I’ve just about sipped that one down, too!) It’s simply time for these oldest teas to go, even though they hold dear memories for me.

The tea steeps up a lovely rich amber color and has a lovely spicy scent. This is one of those pumpkin teas that actually has a savory, squashy pumpkin note, which I really like. The black base is medium bodied and there is a notable cinnamon spiciness that is left on the tongue and creates a warmth and sense of coziness. It isn’t too overbearing, as there is a natural sweetness to the cup from the maple crystals that balances the cinnamon nicely.

This is a pumpkin tea that is far less “desserty” than others; the whipped cream and caramel flavorings just don’t really pop in the cup, and it doesn’t really have a “pumpkin pie” flavor, so if that is what you are looking for, this isn’t really the pumpkin tea for you. To me, this tea tastes a bit more like pumpkin squash roasted in cinnamon and sweetened with just a hint of maple, and the taste it leaves on my tongue just makes me think of autumn… that spicy, warm feeling just reminds me of fires and fall leaves on a cold morning, somehow.

It does have “latte” in the name, and does hold up to making latte style quite well! When making this tea as a latte, I like going in with extra leaf, and using vanilla almond milk. Personally, the tea evokes such strong feelings of autumn to me when drunk plain that I actually prefer it sans milk. It’s a bit stronger, spicier, and just has a unique savory flavor profile that I haven’t quite found in any other pumpkin tea. But it’s all a matter of personal taste!

It’s a nostalgic tea for me. The closest taste match I’ve found to this one is 52Tea’s Pumpkin Chai, which is equally nom, but also comes and goes sporadically. I try to avoid Spice and Tea Exchange these days because their prices are highway robbery (as a tea newb I didn’t know better!) but maybe next fall I’ll restock this one, just for old time’s sake.

OH that’s why you like hibiscus… it was one of your first teas. :D