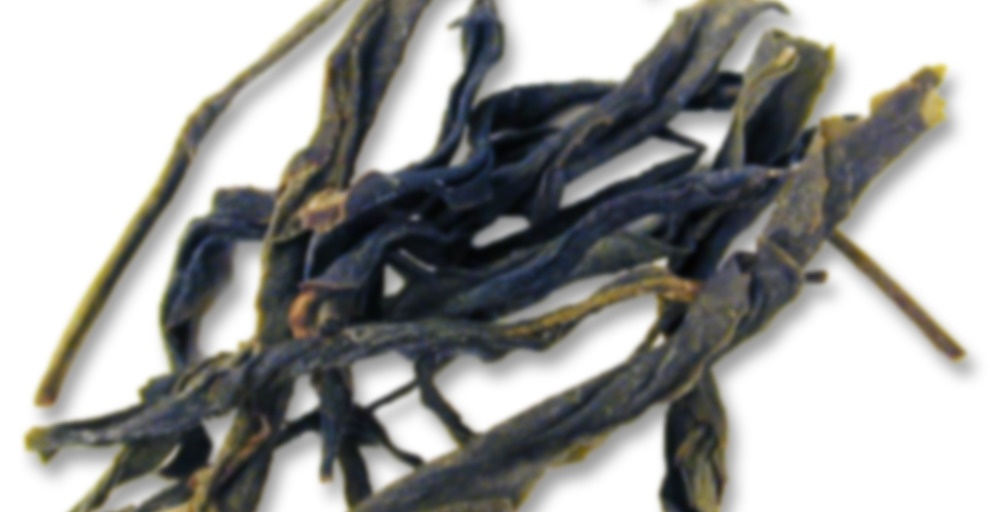 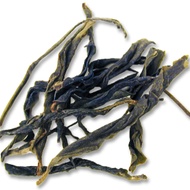 Produced from old growth trees on Wudong Mountain, this oolong has a rich multi-layered flavor like sweetgrass with a light hint of woodiness. Phoenix is a beautiful high mountain area. The road to the top of the mountain is narrow and covered with cool mist and fog.

I polished off the last of a one ounce pouch of this tea earlier in the week. Aside from the fact that it was a Dancong oolong from the Wudong Shan area, I knew nothing else about it and have been unable to uncover any further details. Obviously, I have no clue what cultivar was used in this production nor do I know when this tea was harvested. All I know is this struck me as being a very drinkable, approachable oolong with more than enough depth and complexity to satisfy.

Prior to the rinse, I noted aromas of honey, peach, tangerine, orange, and cinnamon coming from the dry tea leaves. After the rinse, I found emerging orchid and orange blossom aromas underscored by hints of nuttiness and vegetal character of some sort. The first proper infusion brought forth scents of vanilla, cream, and almond. In the mouth, the liquor offered notes of honey, cinnamon, orange, orange blossom, peach, and tangerine underscored by hints of sweetgrass, cream, and almond. Subsequent infusions brought out new impressions of plum, malt, pear, red apple, sweet cherry, lemon zest, minerals, and brown sugar as well as subtler hints of grapefruit, ginger, wood, and butter. The vanilla appeared in the mouth around this point and the cream, almond, and sweetgrass notes grew stronger on these middle infusions as well. The later infusions primarily offered lingering notes of minerals, malt, cinnamon, red apple, pear, wood, and grapefruit.

A very surprising and interesting Dancong oolong with a lot of character, I have to admit that I was not expecting all that much from this tea, but walked away highly impressed by it. Compared to the last Dancong I tried from The Tao of Tea as well as the last two Dancongs I tried from Yunnan Sourcing/Yunnan Sourcing US, the leaf quality was excellent. This tea also displayed respectable longevity for the style. This was well worth the $6.00 I paid for a single ounce; in fact, I think this was pretty much a steal at that price. Consider checking this one out if/when The Tao of Tea restocks it.