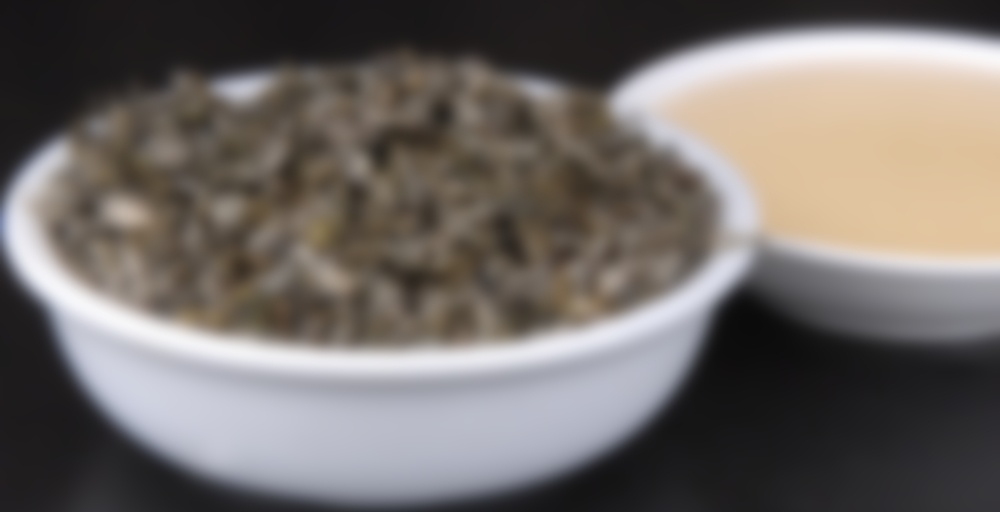 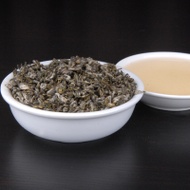 by The Tea Centre
79
You

These handmade twisted green tea leaves with white tips are from the provence of Zhejiang.The taste is fresh, round, mellow and display’s a clear green colour. (Subject to availability)

I don’t drink green tea a lot, and when I do I like it to have a bit more body than is customary – hence the relatively long steeping time and the slightly higher water temperature. This is a lovely tea in every way. First, the leaves unfold into a beautiful yellowy green; I spent several minutes admiring them and later went back for another look! The infusion itself also has a slightly yellowy tinge, looking most inviting in white china. The perfume is unlike any other tea I have tried, so much so that I am having great difficulty describing it. It isn’t earthy at all – more like some exotic but very restrained herb – which I suppose it is! I must confess I didn’t like the smell at first. But, after the first sip something happens to the balance between taste buds and the olfactory system, appearing to modify both the flavour and the perfume in very subtle ways. This is probably the most complex tea I have ever had. It has sufficient astringency to sustain the interest of the dabbler (people like me), but this is accompanied by such a unique combination of taste and smell that I will certainly be back for more. I suspect that I will never really understand it, but who cares – it’s a great cup of tea!

Interesting looking twisty leaves that produce a pale yellow liquor. First steeping was as directed, two minutes at 70C, but I was a bit underwhelmed by the result. I expected this tea to be delicate, and it is, but I also found it a bit dull and lacking in flavour. I left the second steeping half a minute longer and this allowed a bit more flavour to come through, along with a very slight astringent note, which also helped. Not bad, but it misses the mark with me. I find that a premium grade dragonwell delivers a lot more when I’m in the mood for a good Chinese green.