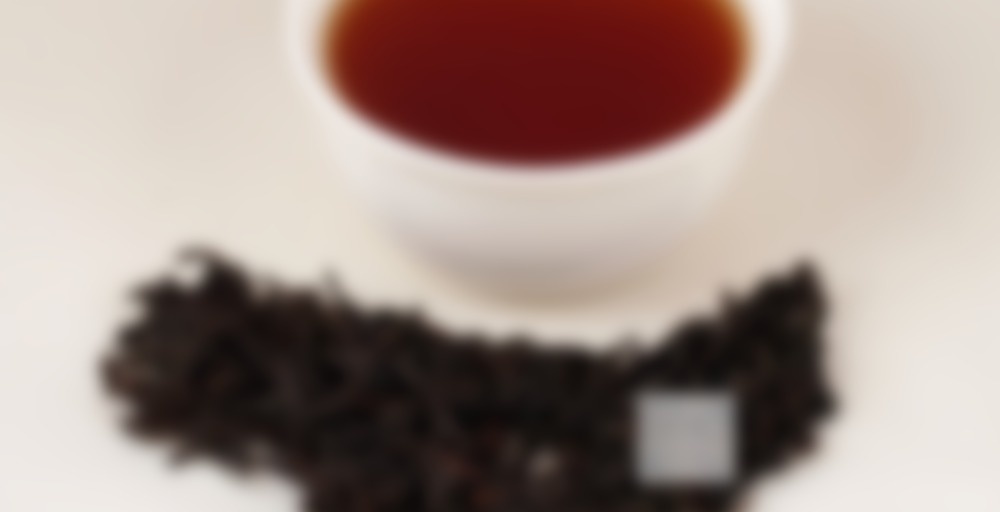 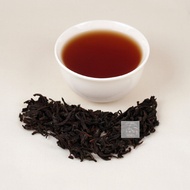 Not for weak tastebuds, Lapsang Souchong is a traditional Chinese black tea that has been dried over a pine fire. Since tea absorbs the flavors around it, guess what it tastes like… Actually, this selection has a balance between the smoke and tea tones, so it is not overwhelming.
-—
The Tea Smith
Omaha, NE
www.theteasmith.com

Today I rolled a “1” in the fabulous Geek Pride game created so wonderfully by RABS. Right now I have only two packets left and both are “8’s”. I was, of course, thrilled to see a Lapsang Souchong because that’s my personal favorite default tea. But because it had a label of “1” I thought that there might be a flaw.

Lapsang Souchong does not always work. It ALMOST always works but not always. I don’t know, for example, what that stuff is that Tea Farm sells under the name. This is better, but I gave Tea Farm a rating of “3” out of “100”. I wanted to give it a “0” but the furthest to the left I could go was a 3. I digress.

This is a better Lapsang Souchong, but I would call it only marginally better than Tea Farm. This one does have some taste but I kept drinking it and hoping to get something more. I felt a bit like a Marlboro smoker who was suddenly trying the lightest cigarette out there—-(not having been in the situation, my metaphor may not work). Sometimes you see smokers frantically sucking on their cigarettes as if they are trying to pull in even more tobacco. Well, I was slurping at this tea trying to find more flavor, more smoke, more something. It’s got enough taste to remind me that I love a good Lapsang Souchong but not enough taste to provide any satisfaction.

I felt glad to sample this tea because I am collecting Lapsang Souchong experiences and it’s good to know the gamut.

Thank you, Rabs for giving me a new one to try!

I’m so glad to get your opinion on this one! This is from the shop where I had such negative customer service experiences, so I was concerned that those associations were tainting my experience of this tea. I now feel that my scathing review of this one was based on the tea itself and nothing else.

This had a lighter smoke scent than what I’m used to. I’d put the scent as even mellower than Golden Moon’s LS. The fragrance of the cup was also smoky, but without the fragrance of pine that I enjoy.

Oh my. Um…so it’s lacking the sweet undercurrents that I love in the few lapsangs that I’ve had. It has a harsh, almost stinging bitterness that’s assaulting my mouth – especially at the back of my throat. I keep clearing my throat. That astringency comes and goes (one time I came close to tossing my cup), and it’s the first time I’d call a LS “ashy.” It’s like I rinsed out an ashtray and drank the runoff water. I am very glad that I only purchased a sample. I’ll finish it off over time, but there will be no resteeps here (I did do a resteep today with very little change in taste). My temp accuracy (or lack thereof) should be fixed by next week when my new electric kettle arrives (squee!) – so I will try this again with the for sure recommended steep temp and will update if my rating changes as a result. GA

I ordered two ounces of this tea for a crazy low price of $3.55, along with an order of Lin’s Teaware. The Teasmith’s Lin’s collection is mostly half price right now, I find the cups amazing with their heat distribution qualities. So I ordered cups, then turned around and ordered one more cup and this tea as well as some Rou Gui I have yet to try.

This tea blasts my nose with pine smoke when I open the bag. Western style steeping produced better results for me, my gong fu just ended up too light. I tried two different infusers after that, the Eva Solo and then just one from a Nissan insulated thermos which would likely classify now as vintage since I’ve had it 20 years. Finally I just dumped some of the leaves loose into the teapot and this produced the best brew. My son came downstairs to get a brownie from the pan I baked earlier.

“What,” annoyed because I’m drinking tea and typing which means leave Mother alone.

“I smell a brat cooking.”

“It’s not your tea, just come out here.”

But it was the tea. While I was thinking of the piñon incense I used to buy in New Mexico, my son who has never been to the southwest identified the scent of Wisconsin cheesehead childhood. It is his reference. I had him smell the bag of tea, and he was uncertain. He continued to hang a little on the stairs with a little wistful and crestfallen look, he kinda wanted that German brat he smelled to be real. He felt so sure he smelled grilling. Well of course we use wood briquettes to grill, or I cut green maple branches for smoking fish.

Because of my experimenting with parameters and adding water along the way, I can’t say exactly what I used but about 2 tbsp of tea for 28 ounces of water in a 31 oz Bonjour glass teapot. This was more tea than I really needed so I dumped less than half into the pot after the gong fu didn’t work out. Brewed at 208 F, my kettle is set for that temp.

Smoke is long and loud and the tongue tingles. Sweetness from the tea follows only with the long steep. The pine smoke is strong now and needs time to integrate more with the tea. I plan to tin up this tea and let it rest. The vendor site has a couple reviews on using this tea as a rub for meats and fish prior to cooking the meat. One person dried out the used tea and saved it for cooking too.

I know, we have that bad effect on each other. I have bought way too much teaware in the past month, heh.

BTW, Lin’s ceramic is forcing the resellers to sell at their target price. This is why the Lin’s products prices at Camellia Sinensis doubled (actually, it was even more than that) a few months ago.

Yeah I had a post up on the Teaware topic about that. Even at the target price, for similar capacity and quality, the teapots are fairly ballpark. What I find to be pricey are the accessories, gong bei and so on.

Update: used the steeped leaves as part of a rub mix for roasted chicken legs. Yum!