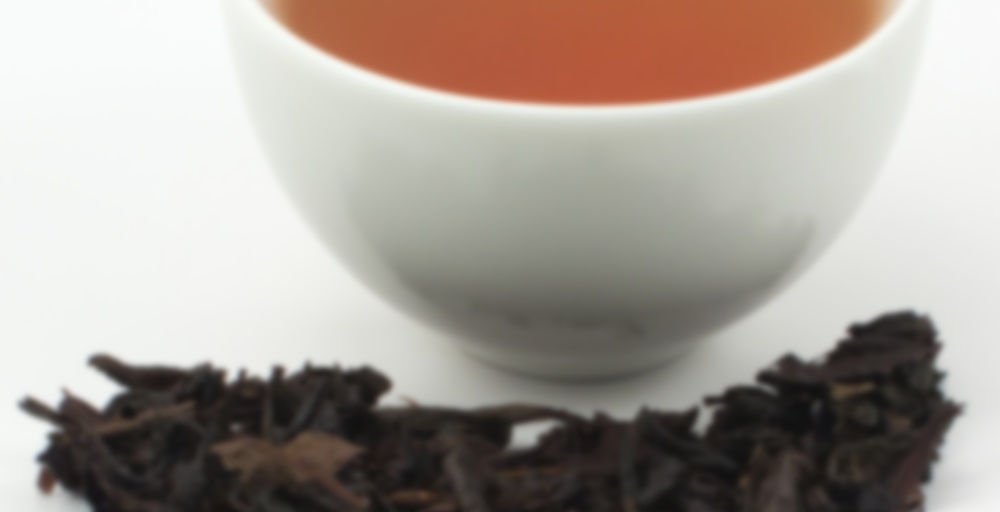 Roughly translated as Water Sprite, this long leaf beauty comes to us from the famous Fujian province of China. The liquor is a beautiful light amber in the cup. This tea is fired a bit more than others and imparts a slight sweetness along with a lingering sweetness. A very good value, this tea complements Asian foods quite nicely.

Sampler Sunday! This is the last oolong I had left from the Here’s Hoping Teabox, so thank you to tea-sipper for organizing and all who participated! I’ve never tried this kind of oolong before and have no idea how old this tea may be by now so take my impression with a grain of salt.

Decided to try to make the time for a gong fu session this morning, which I am also no expert in. I did split the leaf in my sample to use a smaller amount of water in the session since I don’t like how water-heavy/full I get over so many infusions, and then I’d still have enough leaf to compare with a western infusion as well.

I took the tea through nine infusions, though the flavor was noticably starting to fade by the seventh infusion, and the eighth and ninth infusions were very weak. The wet leaf had a toasty aroma that after the first infusion reminded me of a savory stirfry, notibly with cashew and water chestnut aroma. After the last aroma the wet leaf had a more smoky aroma, and also smelled of raisins.

The first two infusions had a very roasty, nutty aroma, but also a lot of sweetness. The flavor was very pleasant, reminding me a lot of houjicha; it tasted of roasted nuts, had a slightly sweet honey note, and had very subtle undertones of minerals/wet rocks and smoke. I was worried it was going to be another smoke bomb like the last oolong I tried, but nope! There is a tanginess that is left on the back of the tongue which I personally quite like. I get a bitter nut (like walnuts) paired with a honey roast vibe. By the third/fourth infusion a lot of woodiness was coming through, and by the fourth infusion through to the end of the session, the sweetness dissipated and the nuttiness was paired more with a mineral/wet rock flavor, with the subtle smoky aftertaste becoming slightly more noticable. I also started getting a slight vegetable taste of wet water chestnuts which became stronger in later steeps. The tangy feeling on the tongue was completely gone by mid-session to late session, only apparent in the first few infusions. There was a very light pepperiness in the last few infusions as the flavor was fading away.

I brewed my western cup with 3g in 350ml with 208F water for 3 minutes. The western cup was quite nice, with a nice toasty, roasted nut flavor and a mineral note toward the end of the sip, with a very subtle touch of smokiness. The sweeter honeyed notes from earlier steeps in the gong fu session and the stronger woody and vegetal water chestnut notes seemed to be the most lacking in the western cuppa. It was very smooth and lacked the tangy component on the back of the tongue I got in the early steeps of my gong fu session as well.

Since I’m a fan of houjicha and this reminded me in a lot of ways of the flavor notes of that tea, I am definitely interested in exploring this type of oolong more.