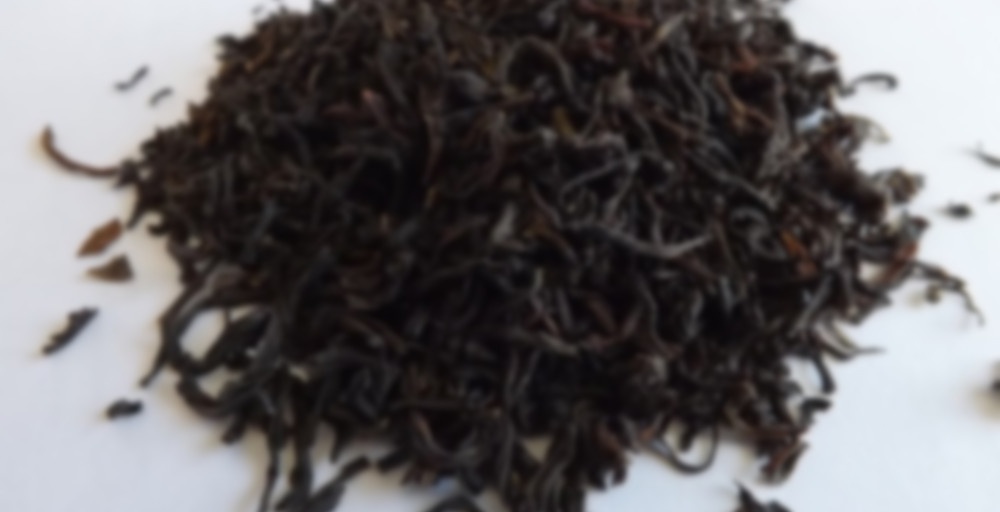 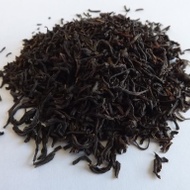 Tippy’s own original breakfast blend is strong and malty. Brimming with flavour, has a mild astringency and just a hint of smokiness.

Birds Of A Feather

Upon opening the bag, the dry leaf has a distinctive lapsang smoke smell, which is quite nice and different from my other usual teas.
Brewed taste is delicious and full-bodied with malt, smoke and an almost salty note. This makes a perfect pot in the morning and I really like it a lot!

I got this tea because I liked Midday Flight and I wanted to try a bit of lapsang. You can definitely smell it, but it’s not overpowering in the taste. It’s like a subtle wood smoke flavor and aroma. I like it. Good with milk and sugar. You notice the lapsang the most, but it’s not harsh. It’s a different kind of smoke than I get from a Keemun…it’s sweeter and it fills up your whole mouth, if you know what I mean. It would be a good tea to introduce someone to lapsang.

The experience of drinking this tea for the first time stuck with me all day. It’s pretty cool that I was finally able to enjoy a tea with lapsang in it. My tea journey has come far! I might even have some tomorrow morning! Now I’m wondering what a full blown lapsang would taste like. Hmmm, may have to explore that. ;)

The next step up is def Lumberjack. I really like how much more LS is in that blend!

Just to let you know, there is less than a gram of LS per 25g of our Early Bird tea. Yet the flavour is still there. The LS we use is rather awesomely smoky. Our Lumberjack tea on the other hand is around one fifth LS per 25 g, so much more smoke.

Thanks, Tippy’s! So, that’s like 5 times more LS! Still, a good next step before going with straight LS. :) I like the idea of a gradual transition!

You’re very welcome! I can’t remember if you got it or not but “The People’s Tea” that we sell, a take on the traditional Russian caravan tea, has LS as well, but in smaller amounts than the Lumberjack tea..

Good to know! Thanks!

Breakfast time! And what better way for a non-morning person, I know it’s 8:44am, to attempt to greet the day than to have some Early Bird tea. This blend was created because we found a lot of breakfast teas contained tea that was low quality. This gave the drinker the illusion of a strong brew because of the level of turbidity within the liquor. Turbidity is just the measure of how cloudy a liquid is. In tea this is caused by dust and other suspended contaminants. Good black tea should never be turbid! The other issue I had was the generic taste these teas had, so we wanted to try to create something a little different, but still recognizable as a breakfast tea.

This tea is a blend of a whole bunch of different teas, in varying ratios. A lot of testing went into getting this right. In this tea we have keemun, lapsang, FBOP1 ceylon, a second flush darjeeling and an assam. Whilst most breakfast teas I’ve drunk have been ceylon/assam blends, ours is mostly keemun and darjeeling with half that again of assam and ceylon. There is a little tiny bit of lapsang there just to give the tea some balls.

The brewed tea is a nice clear, red liquid. There is a slight smoky scent. There are some hints of the floral darjeeling and berries. The taste is robust. There is a good mix of the pine from the lapsang and maltiness from the keemun blended with the summer berry taste from the assam. The ceylon gives this tea an astringent characteristic, which should, in my opinion, be present in all breakfast teas. There is also a slight bitterness.

I like this tea a lot. It’s my go-to breakfast tea now, unless I’m in the mood for something lighter.

I ordered some of this tea. Can’t wait to try it now!

It sounds wonderful – I can’t wait to read your review, Tealizzy.

I’m drinking Early Bird tea in an attempt to wake up this morning, and I haven’t gone back to bed, so… so far, so good! This is a nice bold, smoky, refreshing cup of tea. I found the smokiness to be fairly prominent intially, mellowing out as it cooled. I could definitely get some floral notes early on, which I presume are from the darjeeling, and then it became mostly malty with that “pleasantly sour” taste.

I think I still like Lumberjack better. I like how clear and bold this tea is for the morning. Reminds me of a frigid, smoggy (I mean that fondly) city morning. I feel like it is lighter in body than the lumberjack, but it still makes for a lovely companion this early morning. Sipping down the sample so I can start on the 25g size lol

This is a solid breakfast tea. Bold, a hint smokey, lots of malt and mildly astringent. The smokiness differentiates it from other breakfast blends I’ve had, but it does feel similar to a Russian Caravan I drank recently.

At the beginning of the cup there was a floral and grassy note but that went away pretty quick. There is a slightly… sour is far too strong a word, but very subtle, pleasant sourness that I tend to associate with some white teas?

I’m enjoying this cup a lot and it would probably be really good with milk and sugar. The notes are well balanced, though I don’t find it overly distinctive.

Edit: Hah! And just after I finished this tasting note I hit the bottom two sips of the cup and discovered a surprise maple note!