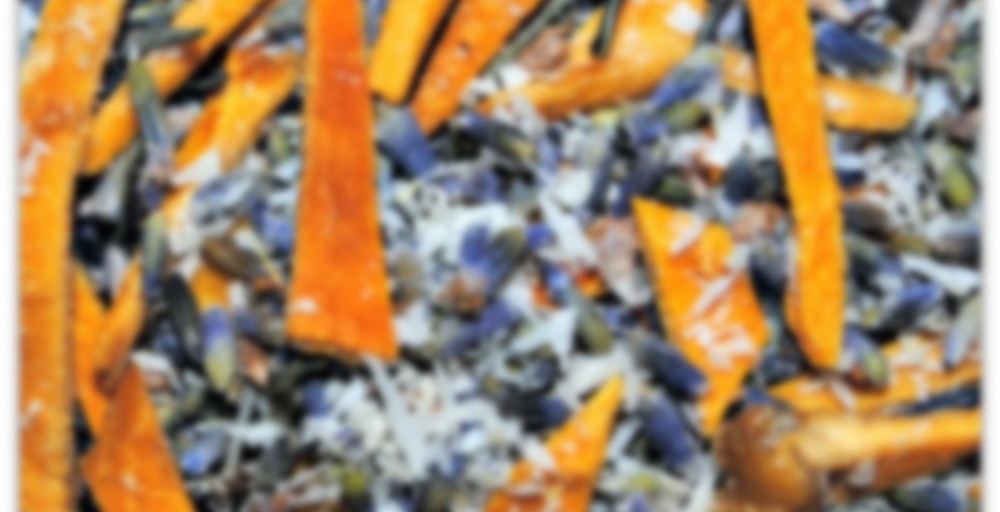 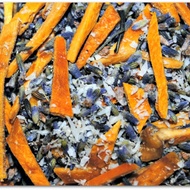 Fingers of The Sun

Created, mixed and packaged in Quebec at the Atelier-boutique la Tisanerie Mandala.

This infusion can have the following properties:

Sun of the East

Sencha of the Spring Sun

Spirit of the Sun

This is one of the teas that I picked up at the tea festival.

It was from a smaller booth that looked like a more “mom and pop” type of shop, focusing on herbal teas but also carrying a small selection of non-herbals. They had their teas in small little glass jars to smell – so we of course smelled all of them. If I’m being completely honest, most smelled pretty bad. However, this one jumped out to me and the person I was with as being basically the only nice smelling thing on the table – and it smelled really nice! Very sweet and coconut heavy, with a soft lavender and hint of ripe mango. I was fascinated by the idea of those three ingredients together – so I bought a small pouch to try out.

Another interesting thing about this blend is simply the cut/shape of the mango bits – I’m guessing this company is literally dehydrating and cutting their own mango pieces in order to create them, since it’s such a peculiar shape and not as consistently cut as something that would be machine cut. They’re neat though! And, they do kind of look like they could be sunrays – which is, I think, what “Fingers of the Sun” is supposed to be referencing.

Steeped up this is a bit disappointing – I knew it wouldn’t taste exactly like it smelled and I expected the taste of the mango to be pretty minimal since this is a flavouring free blend and dehydrated fruit actually contributes VERY LITTLE flavour in tea blends (it’s generally just there for visual). I thought that I’d be able to taste the coconut at least though – but I really just got a cup of nice, sweet and smooth lavender. Still tasty and at least lavender is very soothing – but ultimately not quite the same as the aroma/what I expected.

Definitely still glad I gave it a shot, though!