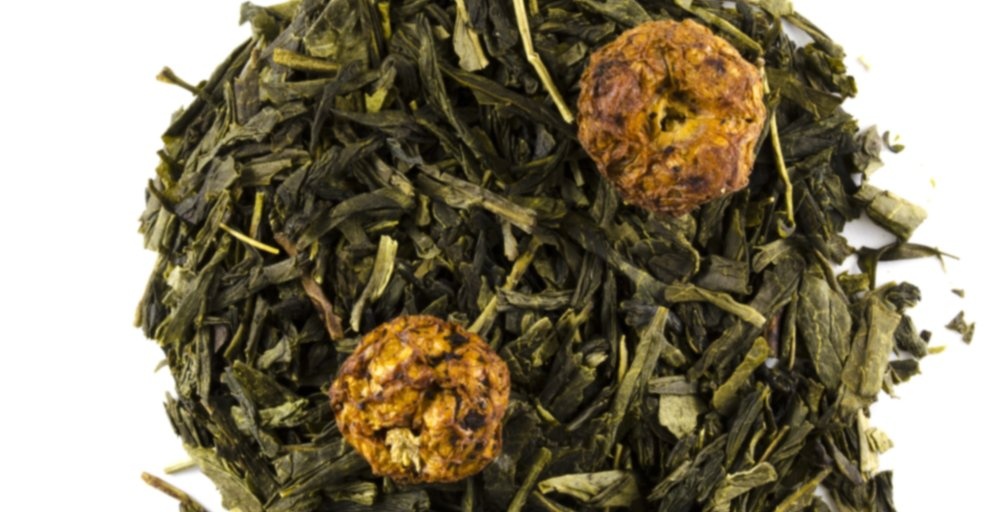 Japanese Sencha green tea with cherry flavoring and even a cherry here and there. Very Zen.

I enjoyed the Tea Table Japanese Cherry so much yesterday, I thought I’d try another company’s version. This is a sample from Todd & Holland.

It’s the first tea of the day — first anything of the day, really, so that will also be different from yesterday, when I tried the Tea Table version after another tea and food.

The teas are very similar in most respects: smell and look of dry leaves, liquor color (the Todd & Holland is darker and more intense in its gold), and aroma.

The flavor’s different though. Sometimes with flavored teas there are differences even from cup to cup with the same tea as the distribution of flavor to tea isn’t uniform from spoon to spoon. It may be that’s what this is. For all I know, everyone gets their Japanese Cherry from the same distributor.

Still, there’s a difference. This one’s a bit heavier, a bit fuller, all around from the color to the tea to the cherry. It’s a pleasant flavor, more cuddly than refreshing.

It will be interesting to try this and the Tea Table again and see if my first impression is borne out.