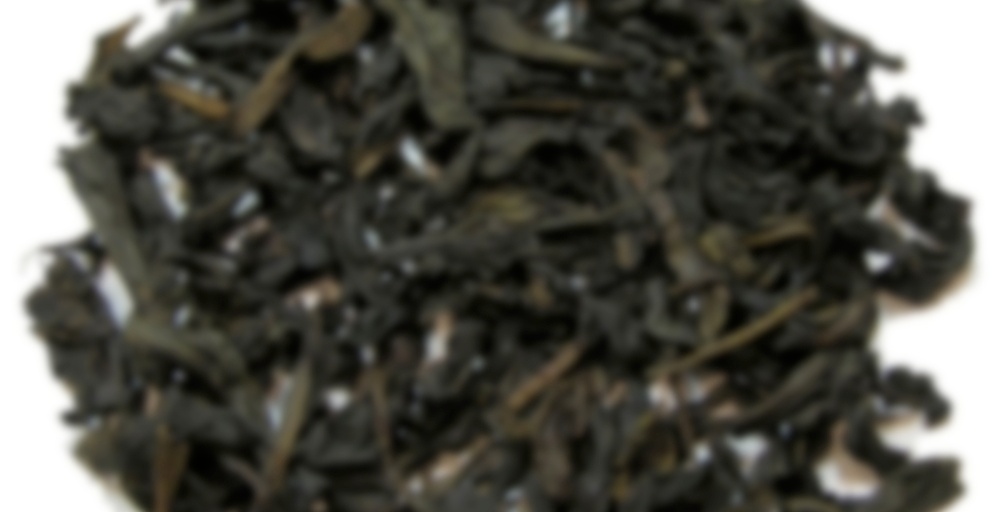 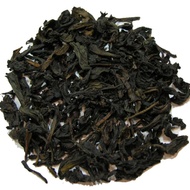 by Treasure Green Tea Co.
--
You

Wuyi Cliff Tea has dark green leaves that give off an exquisite lacquered fragrance tht complements the sweetness aftertaste. The narcissus aroma for which the tea is famous for is purely an artifact of the tea’s processing and cultivation. No flowers were necesary to scent ths delicacy.

Another probably old/poorly stored sample that I have! But going to have some fun with it anyways.

The leaves aren’t particularly fragrant, but I am picking up a bit of a salty, toasty aroma. Not particularly inspiring, but then again, they are old.

First steep 95C/25s
Although a deep reddish brown, the steeped liquor has very little scent. The tea tastes slightly sweet and toasty, but it’s all quite mild. The finish is mildly of oolong tea. Now that I’m thinking about it, I’m almost getting a flavour like fall leaves, you know, from the times when you were a kid and hid in a pile of dried leaves on the lawn, and if you covered your face there was this distinct dry leaf smell. Maybe it’s because tea is also a leaf, or maybe there’s some other reason, I don’t know!

Second steep 95C/25s
A little bit sweeter, and again that toasty flavour. My mouth feels a bit dry afterwards. I think it was after(?) this steep that I smelled the wet leaves, and they smelled like burnt toast! Interesting.

Third steep 95C/30s
Similar to the second steep but a bit weaker, and a tiny bit of astringency in the finish.

Fourth steep 95C/30s
The liquor is starting to lighten in colour at this point, and I’m not tasting all that much anymore.

Overall, not a great tea in my opinion, but I recognize that I may be biased due to the tea’s age and poor storage, particularly since my concern is a lack of flavour (it was very weak), and not a bad flavour – I like toasty sweetness! So, I will refrain from rating right now as it wouldn’t be a fair judgement.