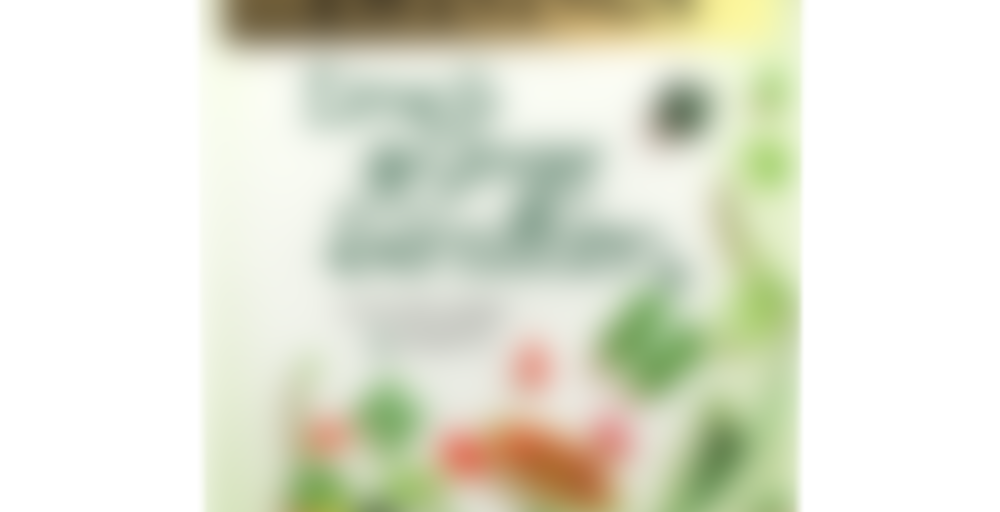 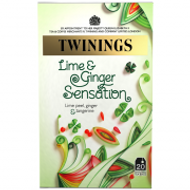 Zingy and zesty with capital ‘Z’. Experience the warm, spicy tingle of ginger followed by the fresh, fragant zap of lime peel, lime flowers and tangerine flavour. You’ll be reviving and refreshing your senses with every sip.

Naturally caffeine free, you can enjoy its lively taste any time of day.

This one I like much better. The dry mix smells strongly citrussy. Both lemon and lime are detectable, although, as expected, the lime predominates. There’s also a base spiciness from the ginger. You know, the kind that tickles your nose when you inhale too deeply. Yeah. I did that.

Brewed, this smells of lime jelly beans. It’s actually very pleasant. To taste, it’s neither over sweet nor too sharp. A goldilocks tisane for me, perhaps? The citrus flavours make up the bulk of the sip, with a spicy kick from the ginger in the aftertaste. At first when I bought this, I was thinking of it as a summer drink. Drinking it today, though, when it’s cold and windy, the warming aspects really come through and are more than welcome. I definetly think I’d like to try this iced, though. I can imagine it’d take well to that.

A better experience with this, then, than with the Chamomile and Maple Sensation I tried earlier in the day. Even so, while I don’t mind the taste, this definetly isn’t one of the better teas I’ve tried in recent months. I like to be able to see what’s in the tea, but this has pieces so small and fine they’re almost unidentifiable. It’s pleasantly drinkable for all that, though, and on those grounds it can’t be faulted.

Thank you muchly for this one, MissB! This is so tasty, packed with lime. Lots of lime. It’s such a nice change to see lime paired with ginger rather than lemon. Sure, I don’t get much ginger anyway, but putting it all together, it makes for a tasty cup of liquified hard lime candies. I can see this one making a great cold brew.

First off, these teabags from MissB are really pretty. Especially the Twinings sensation blends. So, even if I don’t love the tea, I can still admire them.

Anyways, when it comes to the tea itself, this one definitely delivers on what it promises. The sip starts with refreshing lime but then quickly warms up and ends on a spicy ginger kick. For those that don’t love ginger in tea, such as myself, this could be too strong but for those who enjoy these flavours, it is a must try because they mesh well together while simultaneously standing out on their own. Thank you MissB for sending this to the wonderful Sil who kindly passed it on to me. You guys are awesome!!

The Twinings, I think, are the best finds so far. Go to the Twinings store in London when you’re there! You can buy them in one-offs.

Of all the teas I have tried, I think I am most wanting to go to the Twinings store which is a particularly weird sentiment because when I think of Twinings, I tend to think of the boring, run-of-the-mill flavors they sell in our grocery stores and not the interesting combinations I have been tasting as of late.

It’s definitely a different experience in England than in Canada. Almost like a different company.

Another from MissB i swear i’ll through all of these some day! The nice thing is they’re tea bags so i can get through them quickly. I suspect tomorrow might be a better day for my to try the looseleaf from her :) I really like the lime flavouring in this one. There isn’t a lot of ginger – it comes through mostly as a sweet sort of taste to the lime. This is like those lime popsicles that aren’t around all the time. yummy! esp for a teabag!

These unusual Twinings flavors are intriguing me!

Had the same experience with this one – I wanted ginger, but the lime was tasty. As for the flavors, they’re all one-off bags I grabbed from the Twinings store in London, where you can actually buy anything they sell (if it’s in stock) per bag.

gmathis – they’re really neat! i’m grateful to missb for sending them back our way

Really liking this, although it’s more lime than anything – even with a steep so long, the water is ice cold. There’s a hint of ginger, but not enough for me to say, “YES! GINGER!” I loves me my ginger. Would I drink this again? Definitely. Likely often, if I had access to it.