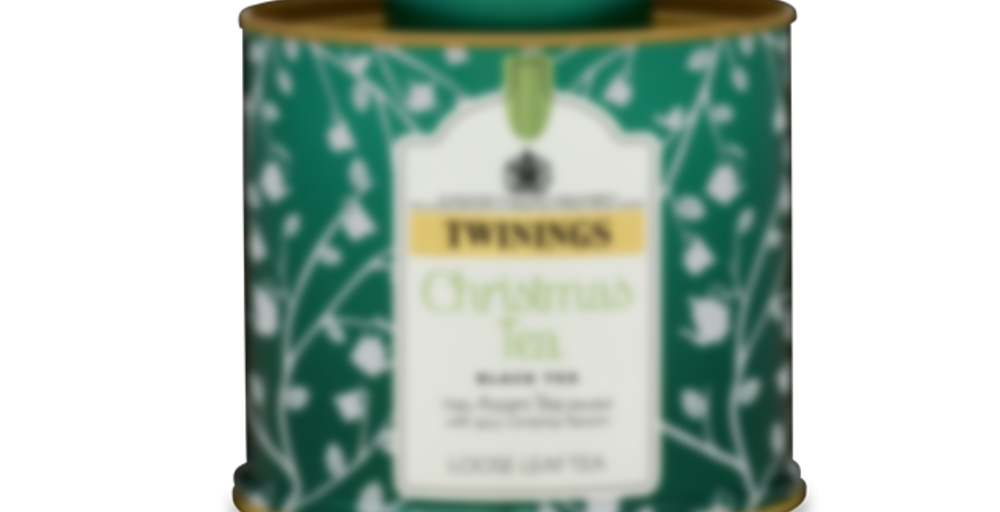 Confused as I swore I had not only drank and written about this tea before, but had done so recently…. but I guess I’m wrong. Anyhow, I had a recollection of it being lightly spiced but enjoyable, and that’s pretty much accurate. The spicing is probably lighter than it used to be, but was still enjoyable, though hard to describe. I didn’t expect a great base tea from Twinings, but it actually was, nice and rich.

Either it’s the mysteriously disappearing tea entries ;) (the struggle is real) or you put it under another duplicate entry of this tea. Which I’ve done, too.

Yeah, and sometimes the dupes aren’t searchable for some reason, which adds to the confusion. Oh well.

This tea smells AMAZING, so christmassy! I could not wait to drink it after opening the box.

However first time it tasted awful, reminded me of soap. I thought “oh no maybe I made it wrong or forgot to wash my strainer properly.” So I tried again being super careful to ensure nothing would taint the flavour and followed recommended prep to the letter.

Still tasted soapy. It makes a better potpourri than a cuppa.

Thanks OMGsrsly (and I think MissB by proxy) for the tea!

This is the one tea I had set aside today specifically for today! That said, now that it’s steeped up and I’m actually drinking it I don’t like it a whole lot. There’s SO MUCH clove and normally that’d be a huge plus for me especially when I’m sick but I’m finding that accompanying the strong clove is a lofty amount of bitterness and astringency.

But that certainly doesn’t make it any less festive!

I had this today and found the same thing. I thought it was because or how I stored it but I guess not. Such a shame that the Christmas tea didn’t inspire much holiday cheer :P

Yeah, this one was a little weird. I actually bought a tin at Target last year… so it was in the tin, and then in the bag I sent it in.

I love it how people change the name of a tea to “duplicate”, so that NO ONE CAN FIND IT. And, they don’t realize that it’s actually a different tea – different ingredients, different production, everything – but because it has the same name from the same company, they assume it’s up to them to change a tea’s name to DUPLICATE. Because that’s so helpful, especially to the folks who maintain the database. Don’t you realize, it actually CHANGES the name in the database, and the URL? Sigh.

Instead, I strongly suggest to anyone who thinks there’s a duplicate (this one is NOT – it’s a Special Edition Loose Leaf that’s only available loose in a tin, it is NOT the same as the bagged tea in the brown box), is to get both URLs and email steepster. Let them know. Don’t go changing names of teas so that we have thousands of teas called Duplicate.

Oops too many zeros

Congrats on 1300! People fucking with the tea names/titles drives me absolutely crazy too.

^^ These comments get me right now, as someone juuuust did that to a tea I recently wrote a note on. RAAARGGHHH.

I’m not one who changes the names to ‘duplicate’ but I was wondering what I should be doing when I see duplicates? Maybe there should be a forum thread where anyone can post the links of multiple teas so they can be fixed whenever Jason gets around to it?

@tea-sipper – I was told four years ago to email the same address you do for additions of ingredients, and give them the two links so someone can eventually get around to it.

I still wish Steepster had volunteer curators to help with this sort of thing.

Ah okay, do you have the e-mail for the additions of ingredients? I wish they had volunteer helpers for that too. I guess I can just compile some links of duplicates in an e-mail draft and just send it when I notice a few duplicates.

I don’t off the top of my head, but if you go to any tea info page, there’s a link above the ingredients (or maybe below) to email someone to add them. I’m not sure the email is monitored, but there ya go!

Okay, thanks for the info!

It’s below, when you edit a tea entry: [email protected]

Got it. Sorry about taking over your tasting note about this. I blame Kittenna. :D