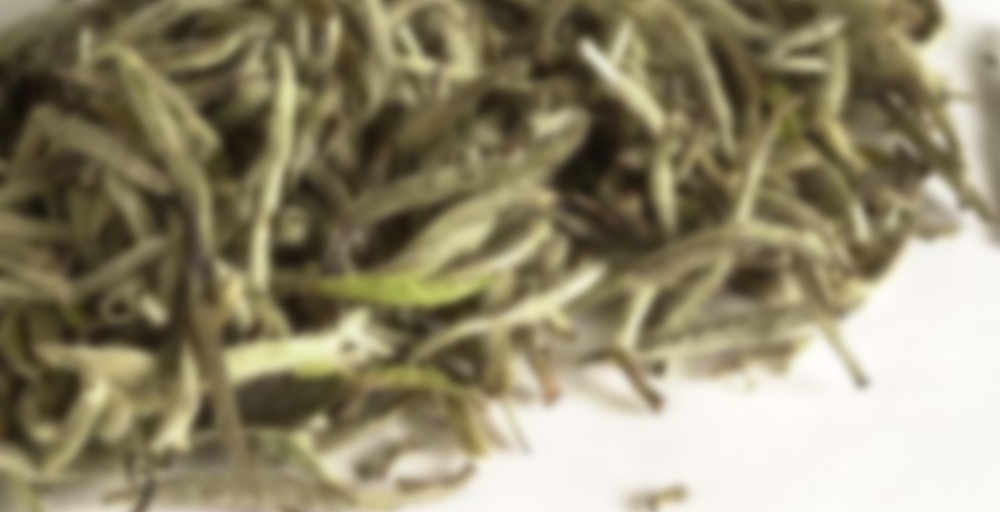 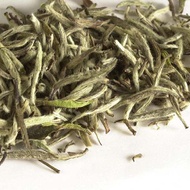 by Upton Tea Imports
74
You

Oct 2018 Site Description:
Very rare, this exotic tea is the most distinguished of all white teas. The silver-leaf tea buds yield a naturally sweet, complex, and delicate tea.

Another sample from Upton which I am just trying today. This tea has not done very well in the ratings so far but I try not to let other people’s opinions influence me too much.

I first gave it a short steep in the gaiwan for 30 seconds at the recommend temp (175 F). It is light with a refreshing clover and almost cucumber like refreshment.

The second and third steeps are much the same as the first. I let them go on or 2 or so minutes. I am still getting cucumbers and light sweetness. It is very pleasant, but I can also see how you might be hoping it would give out more flavor. It is kind of expensive so I can’t see myself buying more in the future but I have definitely enjoyed trying it.

So this is actually from today. Dried leaves smell quite earthy and are smaller, green/grey/browner than the downy white silver needle I’m used to.  Rinsed leaves very winey sour, muscatel but a 20 sec steep renders them less so.  The glass infuser has lots of particles in it that don’t want to settle and pour directly into my bone china cup and only settle once the first cup is drained.

A lot going on taste wise but all of it subtle.  First sip is sweet and that’s nice but it doesn’t last.  There’s a nuttiness and flouriness, like dough.  There is perfume snd some later sour notes that come through more in the second steep which is override very flat and blah which is not to say that it’s flavorless, just nothing bright or deep or exciting, but second steeps tend to be my least favorite.  Still even the first was dry, not what I would call refreshing.

Third infusion leaves smell Darjeeling cup smells sweet, tastes like spicy cardboard, black pepper.  I think I may try a fresh brew as I don’t see how this could get any better.  Might wait to get some spring water though.  Ugh. Must not rate.

I agree with other folks here, this one is pretty subtle. Nice flavour and you can tell it is good quality, but the interesting boldness is just not there. I prefer something like the other White Tea options from Upton (eg. Pai Mu Tan Special Grade Organic ZW58) which are more fragrant and flavoursome. This was pretty solid, but reminded me a bit of their Moonlight White Tea, pretty subtle and not in-your-face. Good, but there are better options.

First whole leaf white tea I have tried. The aroma of the steeped tea is clean and light with hints of flowers. The flavor was soft, and sweet with something that just hints at fruit. Very full bodied. I steeped it quite a few times at varying temps (130-170) and varying lengths of time, and got a nice cup every time. The buds just seem to keep giving flavor all day. I would be happy to drink this again.

It bugs me that Upton doesn’t give more info on the teas…on most there is no way to know how old they are. If you are going to charge 15 dollars for 40 grams I would like to know that at least.

I got a sample from the new batch and it is much better than the previous I tried some time ago. It is sweet, light and has a distinct mushroom scent and flavor that I’m looking for in silver needle. As it stands now this tea is going to be my everyday choice for silver needle.

The leaves are very furry; just as you’d expect from a white. There is a a unique odor smell to the brewed tea. It’s not bad, just different. It kind of smells floral, but artificial. Like an air freshener rather than a bouquet of flowers. Very little to no tanins. Medium viscosity. Interesting flavor. Almost saline.

Mild. Reminds me of high quality chinese black tea in that I’m picking up that cocoa-esque scent and taste, except more understated I guess? One other thing of note here is the aftertaste is pleasing and velvety-smooth…not bitter at all like some teas. Now that I’ve had more of it, it has kind of a unsweetened cookie dough like taste to it.