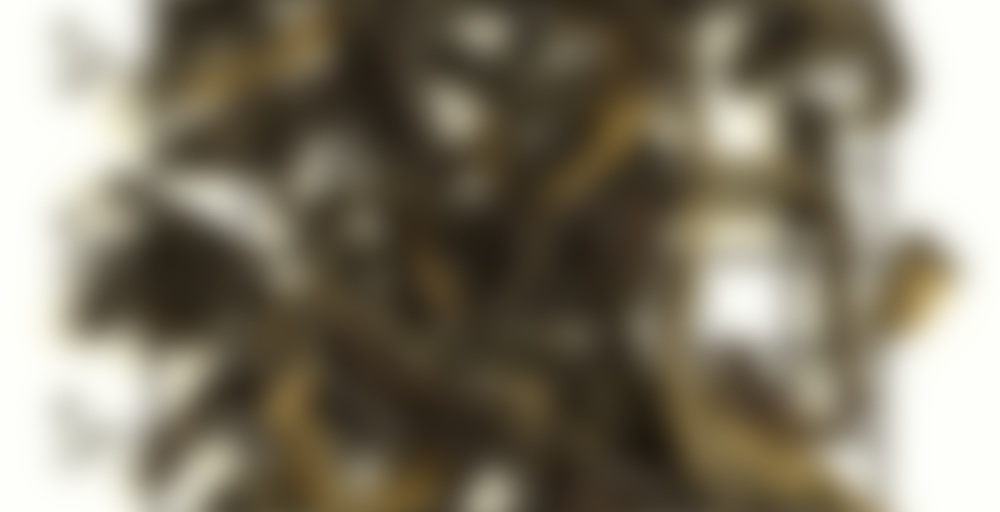 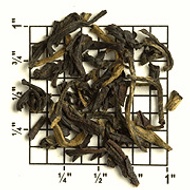 by Upton Tea Imports
78
You

The attractive, stylish leaves of this Yunnan contain a medium concentration of tippy, golden buds. The cup has medium body, with malty hints and spicy tones, characteristic of a high quality Yunnan.

Upton’s organic Yunnan Shui Jiu is one of those Yunnan congous (Chinese black teas) that answers the question, “What the hell are those tea reviewers talking about when they refer to a Yunnan as spicy or peppery?” This tea definitely has a peppery finish (think black pepper, not cayenne) that’s attributed to so many Yunnans, but which seem to never be there when you taste the taste the tea for yourself.

This is available from Upton’s utilitarian website at http://www.uptontea.com/shopcart/item.asp?from=catalog.asp&itemID=ZY65&begin=0&parent=Teas%3EBlack%3EChina&category=Yunnan&sortMethod=0&categoryID=14

The tea’s catalog number is ZY65, an important thing to know since Upton imports a whopping 22 different Yunnan teas, five of them organic like this one.

From what I could guess from an online translating website, “shui jiu” means “black jade water,” although, because Chinese is a tonal language where intonations can change the meaning of words, the transliterated name can also mean “chronically diseased handkerchief” or “to sleep with your maternal uncle.” (And my friends want to know why white boy, yours truly, has given up any hope of ever learning Mandarin despite spending much of his weekend hanging out in New York’s Chinatown.)

Yunnan produces a big variety of teas — green teas, pu-ehrs, and congous — all from the same type of plant, the large-leafed assamica varietal. Even among the black Yunnans, the variety is diverse, encompassing everything from caramel-like golden tips, rich malty teas made from two-leaf, one-bud pluckings, and Shui Jiu, which is rich and smokey, with a smooth peppery finish.

While Yunnans are well-regarded black teas, among the best in the world, they live in the shadow of Darjeelings, the so-called champagne of teas, and Keemums (Qimens), the so-called burgundy of teas, largely, I’m convinced, because those other teas are the darlings of the British tea-drinking set, who traditionally shaped the black tea market. That said, however, I think Yunnans are right up there in quality.

Yunnan may be the oldest tea-producing region in the world, with tea production going back more than a thousand years, some of it today harvested in the wild from full-grown tea trees that are more than 1,300 years old. Nevertheless, the region has only been producing black teas since about 1939, almost all of it to satisfy foreign markets. The locals themselves gravitate more toward pu-ehrs — aged, fermented teas — or toward green teas (think Rishi Emerald Lily). http://www.rishi-tea.com/store/ancient-emerald-lily-organic-fair-trade-green-tea.html

While Upton doesn’t mention a pekoe grade for this tea, it’s tippier (has more buds) than an FOP Yunnan I have at home, although perhaps not as tippy as a TGFOP Yunnan I also have. I’m guessing then that it’s probably somewhere in the neighborhood of a GFOP. It looks nothing like the photo from Upton, by the way, which makes it look very green. It’s actually a deep brown.

I steeped Shui Jiu for the recommended five minutes with water straight from the boil. The liquor was a very dark brown. The infusion (the wet leaves) was medium dark. (I’m not sure why it’s customary to note the color of infusions in tea reviews. The color doesn’t always correlate to the liquor and, hey, we don’t eat the infusion. I mean, at least I don’t.)

The smokiness was for me a departure from the malty quality I associate with Yunnans based on others I’ve tried. (I regularly drink Rishi’s Golden Yunnan and Itoen’s all-tip Yunnan Gold). The taste was pleasant, and not overwhelming the way I find the smokiness in Lapsang Souchong, a tea I’m not fond of at all).

The smokiness did, however, obscure most of any malty notes, but the texture was smooth, a quality that I think differentiates Yunnans from other often-malty teas, such as Assams. Shui Jiu was a nice change-of-pace from the other Yunnans that I drink almost daily, but it lacks that comfort food, malty quality that makes Yunnans so good.

There’s enough body in the tea to stand up to milk, soy milk or Rice Dream, but I’m not sure the smokiness of the tea would really lend itself to a creamer.

If you like a smokey Keemun or searching for that Yunnan that really has a pepper finish, this could be your tea. As for me, I’ll enjoy it while I have my sample, but it’s not going to eclipse my other Yunnans.

Boiling 5 min, 0 sec
Yours I Like This
6 likes
4 comments
Edit

Congous are any black tea from China. I’m half convinced that it comes from the Mandarin word meaning “for export” since the Chinese themselves are more apt to drink green tea or oolong. :-)

Ah, a good Yunnan, smelling of old wood and spice, with a fire/toast/grill edge to it. Peppery, but smooth.