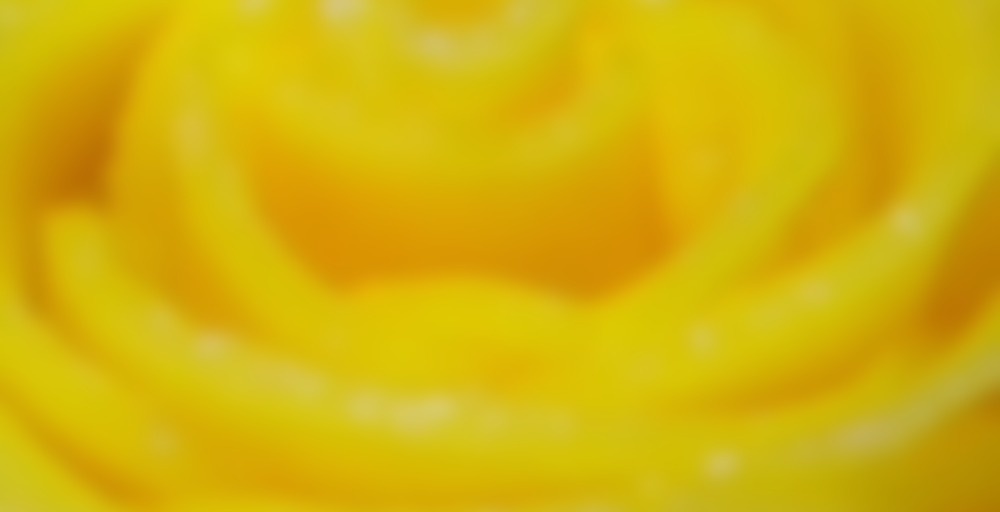 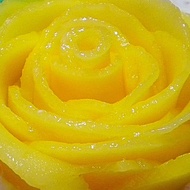 by Utopia Tea
77
You

Rose Mango is an exotic blend of white, green, and oolong tea, lush mango, and yellow rosebuds creating a fruity and healthful blend. This tea blend contains a large amount of natural plant-derived antioxidant compounds called polyphenols that fight off cancer and a variety of diseases. In addition, this blend has been proven to aid in the prevention of halitosis, protect the body, lower cholesterol, promote healthy blood vessel functionality, and strengthen the immune system. Try this tea over ice!

Sometimes I rush into things without thinking. I just wish for once I could write something or get the words right the first time around without making a silly fool of myself. I need to remind myself to take it slow- that includes tea.

Backlog from yesterday: this is the iced batch and I think I can say I enjoyed it more. It really tastes like the smell of crisp yellow roses. It’s delicious, it calls up old memories of going to beautiful gardens (Butchart), but I don’t know if I enjoy this all too much. The candied fruit finish starts where the floral roses end, creating a bitter tangy sweetness that makes me pause. That fruitiness is not wholly like sweet mango, although that can be surmised up from it. There’s cutting, nippy lemon, and maybe even some tart pineapple too.

It’s still disappointing on the mango front but it sure delivers with roses. Floral yellow fans shouldn’t be disappointed. What a strange, intriguing tea. Also, I’m getting more green than any other tea base.

Haha, maybe your mom appreciates the concept but it’s not her thing.

Yes, my mom told me shortly after that she “really likes pumpkin chai.” That’s her favourite and only tea.

Yellow roses are close to my heart too. The rose aspect of this tea is my favourite part and the most tantalizing feature; there are whole yellow rose heads in the loose leaves too. I just wish I didn’t have a whole four ounces of it as it’s not an everyday beverage.

*rosebuds: I don’t know why I want to call them heads as they haven’t opened yet. Me and flower terminology are on separate… beaches. Oh, I give up!

This tea would certainly be a nice tea to have in summer as it is bright and citrusy, and at times references hard candy and bubble gum to me before opening into a bright floral rose.

The dry leaf smells kind of like tart candy and contains a blend of teas (with green tea most apparent) some rose buds and is scattered with a few pieces of dried buds.

The brewing instructions in the package suggest brewing it for two to three minutes at boiling. I used water at the higher end of the scale that I use for greens and brewed for about a minute and a half, and the tea was slightly bitter and a little astringent, so I suggest using lower temperatures and brewing for shorter time periods. The flavouring is quite strong and I don’t think that you would miss much by using shorter brew times.

However once brewed the tea smelled very fruity, with citrus, mixed with an under ripe mango, combined with rose, and that sweet fruity spicy smell of some green teas.

The tea despite its slight bitterness tasted refreshing and bright, with lemon citrus over a peach mango mixed with lemony rose spice. The base tea flavour was relatively hidden, though It might be contributing to both the fruitiness and the spice. The nice bright flavour, does remind me of the flavour of some hard candies but in a pleasant way.

The second steep was brewed at a lower temperature and was less bitter. The rose and fruit had a flavour that referenced some old
fashioned bubble gums at first than expanded strongly into the flavour of fresh bright rose.

Thanks Utopia tea for including this tea as a gift with my order!