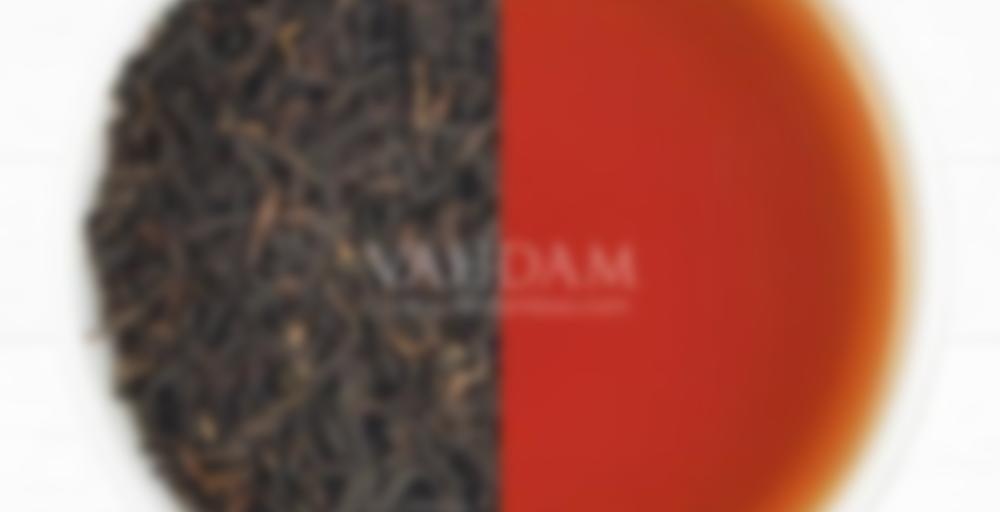 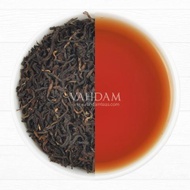 by Vahdam Teas
74
You

Scent of dry leaves is herbaceous fennel and rye bread.
Wet leaves give off more fennel and cocoa.

Flavor is light, herb-y, with fennel and rye taking center stage while malt and chocolate linger at the edges. Sweet toasted bread-fennel-malt aftertaste. The end is slightly astringent and drying.

Second infusion is much like the first, though with less astringency. Gentle toasted rye bread, juicy malt and chocolate, maybe caramel. Some apple and apple skin dryness in the aftertaste.

While not your typical oolong, it still offers an interesting range of flavors. I definitely recommend it to people who love rye bread, the rye note stayed throughout. If you enjoy summer darjeelings or want something different, I’d recommend giving it a try.

Nice tea, which tastes malty and sweet. It has very faint vegetal hints, but is not as grassy/vegetal as many other oolong teas. It’s a fine tea with a nice mild taste. Good, but not blowing me away.

Continuing to work my way through the many samples I have accumulated since last year, I came to this Darjeeling oolong. Prior to this, I had only tried one Indian oolong, but it was from the state of Bihar rather than West Bengal. With that in mind, I opted to go ahead and try this tea. It was a blend of oolong leaf material from a number of different Darjeeling tea estates and was advertised as possessing grapefruit and floral flavors. I found it to be a citrusy, floral, and astringent tea blend possessing more in common with a second flush Darjeeling black tea than any sort of traditional oolong.

Prior to the rinse, the dry leaf material emitted aromas of flowers, citrus, malt, and Muscatel. After the rinse, I began to detect impressions of roasted almond and brown toast. The first infusion produced a near identical bouquet. In the mouth, I immediately detected a surge of citrus flavors. Vahdam described it as being grapefruit-like, but I found it to more resemble a mixture of lemon zest, lime zest, and bitter orange. The rush of citrus was chased by gentle malt and Muscatel, as well as a blend of flowers. I found rose to be the dominant note on the back end, but there were also traces of dandelion, daisy, and marigold. Subsequent infusions brought out notes of straw, bruised mango, pear, brown sugar, herbs, kumquats, and minerals. A note of roasted almond also began to appear in the mouth. The later infusions were dominated by minerals, tart citrus, roasted almond, malt, and distant floral impressions. As noted above, the tea liquor was astringent, brisk, and biting throughout the session making this tea blend seem more like an unorthodox second flush black tea than any sort of true oolong.

In the end, I guess I have to be the outlier and state that I did not find this blend to be bad, but it also did not do a ton for me. For one thing, the citrus and floral aromas and flavors almost completely drowned out everything else. I had to work so hard to find other aromas and flavors that drinking this was a somewhat tedious experience. Oh, and did I mention that this blend was astringent? Yeah, I did. I actually mentioned that a couple times in the paragraphs above. Again, this was not bad, but to me, it did seem unbalanced with too much emphasis on citrus on the entry and flowers on the finish. It did not seem like there was enough between those two extremes. In the end, I could see this blend going over well with those who like really explosive, powerful flavors, but unfortunately, I am not one of those people.

This is a nice tea, but it tastes more like a black tea than any oolong I am used to. There are no grassy or vegetal notes. Certainly no roasted notes. If anything it has a malty and slightly sweet characteristic that tastes like a Darjeeling second flush black tea.

I brewed this one time in a 16oz Teavana Glass Perfect Tea Maker/Gravity Steeper with 3 tsp leaf and 190 degree water for 3 minutes.

I’ve found oolongs from India and Kenya seem to taste like black teas. I’m not sure what contributes to this (heavily based on varietal, maybe?) because one would expect the difference in processing to produce a different result from the fully oxidized black.