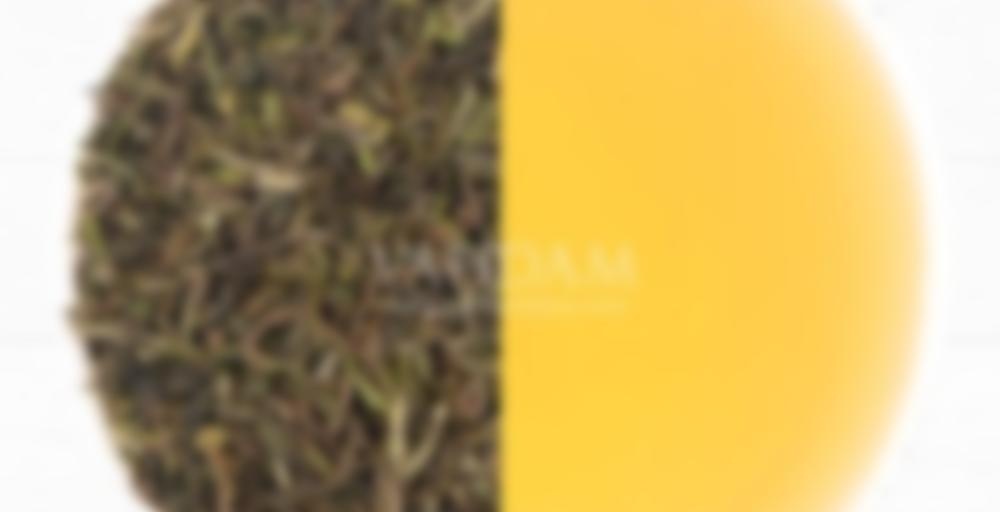 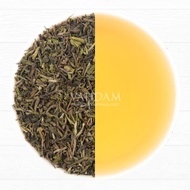 by Vahdam Teas
77
You

A classic tea from one of a revered estate and this tea never fails to impress. A bright tasting, full-bodied tea that is as satiating as it gets. The clean notes of citrus and sweet greens dominate the top of the palate as the brisk tea fills the sense with wonder. From citrus blossom, fresh nuts and apricot jam in the subtle notes to ripe stone fruits and a gentle floral undertone all merged into a consistent green profile. The tea washes down on a light note of watermelon that doesn’t linger. The tea is not too sweet in itself, like dried figs. Given the sensory delight that this tea is, it is best taken by itself to start or finish a day.

Another of the samples I received in my package of black tea samples purchased from Vahdam.

The dried tea leaves were very green—much greener than I expected them to be. I was surprised also by the color of the liquor when it was fully brewed—it had a copper-brown color, not the light yellow shown in the picture here and on the Vahdam website.

I steeped 11 grams of dried leaves in 20 ounces of near-boiling water for 4 minutes.

The aroma coming off the finished liquor was muscatel—again, not something that I expected from a first flush. This aroma carried over into the flavor, along with a light flavor of wet rock/mineral. Again—both more like a second flush than a first flush. But, the primary flavor of the tea was very vegetal—cooked spinach, to be more exact. It seemed more like a green tea than a black Darjeeling. It was good, but unexpected.

I don’t think I’d go out of my way for this tea again. The variety of flavors make it hard to pin down, so I can’t say that I’d ever definitely be in the mood for it. I had it before bed since the caffeine content was low, but it would be a good tea for any time of day.

This is an excellent tea. Not really sure how to describe the notes. I am relatively new to first flush Darjeelings. I only know that these teas taste nothing like a traditional black tea, nor a green, nor a oolong. Perhaps they should be considered a seventh type of tea. While there were a lot of green leaves in the tea it does not taste vegetal or grassy. Not sure if I would say this one is muscatel.

Brewed this twice in a 16oz Teavana Glass Perfect Tea Maker with 3 tsp leaf and 190 degree water. I steeped it for 3 min and 4 min. Put the second steeping in a thermosfor work.

It should technically be an oolong.. since its partially oxidized, more than a green but less than a black.