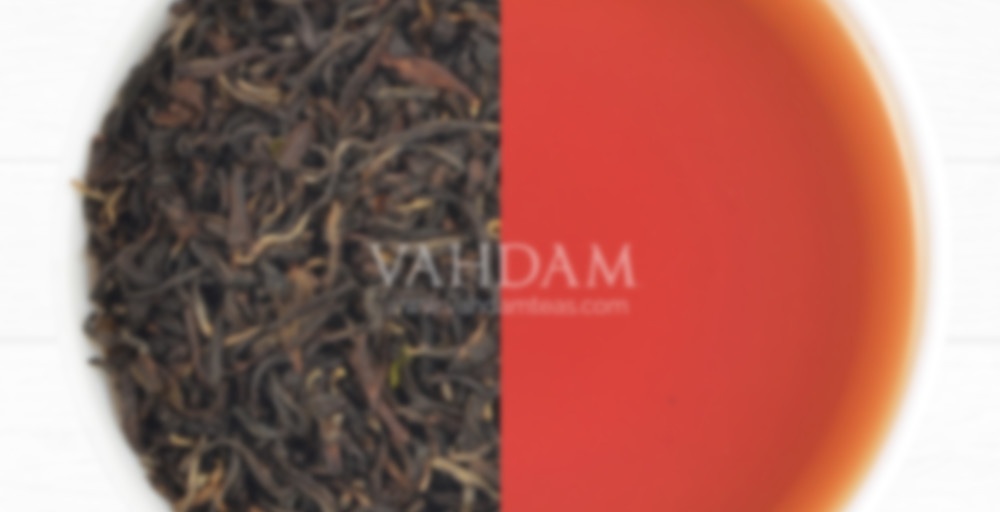 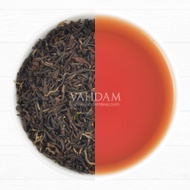 by Vahdam Teas
71
You

Bold black and brown leaves with a few silver tips and a fairly dark golden appearance overall define this Darjeeling second flush. Reasonably mild tea with a subtle yet distinct flavour of muscatel which makes it a great buy at this price.

I was really disappointed with this one.

This was another sample from the black tea sampler I bought from Vahdam last summer. This one has a date of picking as June, 2016.

The dried leaves are dark, with a few light tips (gold? silver? I couldn’t tell).

I steeped 9 grams of dried leaves in 20 ounces of near-boiling water for four minutes. The color of the finished liquor was brownish-red—like a dark copper.

While brewing, the tea had a sour aroma—not appealing at all. There was also a very light muscatel aroma, which carried over into the flavor of the tea. The muscatel was barely noticeable; the flavors which stood out the most, though, were plum, peach, dry paper, and dried leaves.

Overall, I found this to be a disappointing, tired tea. The sour aroma which introduced the tea set the tone for the rest of the experience, which was underwhelming. I didn’t hate it, but I also certainly didn’t love it. I’m glad this was just a sample and not something I’ll have in stock to finish.