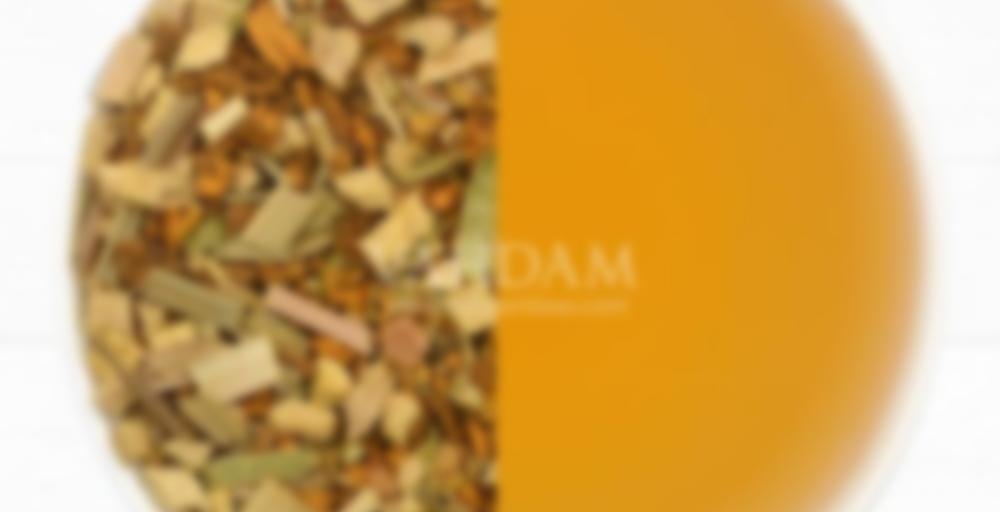 by Vahdam Teas
77
You

A signature blend from Vahdam Teas, this exotic tea is the perfect introduction to traditional Indian spices. Aromatic and warm, the citrus undertones of this tisane highlight the bouquet of flavors from the spices, rendering a satisfaction that will surely touch a chord deep within.

I don’t remember what I thought of this one when I first tried it, but judging on Steepster scoring I’d say I was probably decently impressed. I’m conflicted with this cup of it though because I did enjoy the combo of hot turmeric, the hint of ginger, and the bulk of the lemony notes. They all complimented each other really nicely. The conflicting part, this time at least, is that as nice as the profile was and as complimentary the flavours were the brew was also just very weak/watery seeming to me.

Also; I think I’m going through some sort of “awakening” right now in terms of spicy things. Like, until pretty recently I was the kind of person who HATED spice. Not just in terms of tea, but like in all things. Something must have clicked a few weeks ago though, because I’ve been deeply craving spicy food as of late. I’ve been ordering tons of Indian food – and the last time I ordered with my mom she took a bite of the masala dish I was eating and wouldn’t stop complaining about the burning in her mouth for like an hour. Plus, I’ve been adding banana peppers to basically everything that I’m offered them on; pizza, sandwiches, fries, wraps, etc. The weirdest thing? I’ve been craving chai!

I mean, I’m far from being able to handle any sort of “real” spice and wouldn’t consider myself like a ‘spice aficionado’ or anything – but my point is that I went from wanting nothing to do with spicy food to actually consistently craving it. It feels weird.

Welcome to the pleasure pit that is this fiery hell. Your whole concept of caliente will soon be reborn, emerging from the pyre of sacrificial Anglo-Saxon palates. The process has begun. There is no turning back.

Forgive me, it’s late. I hope you enjoy your budding tendency toward spice.