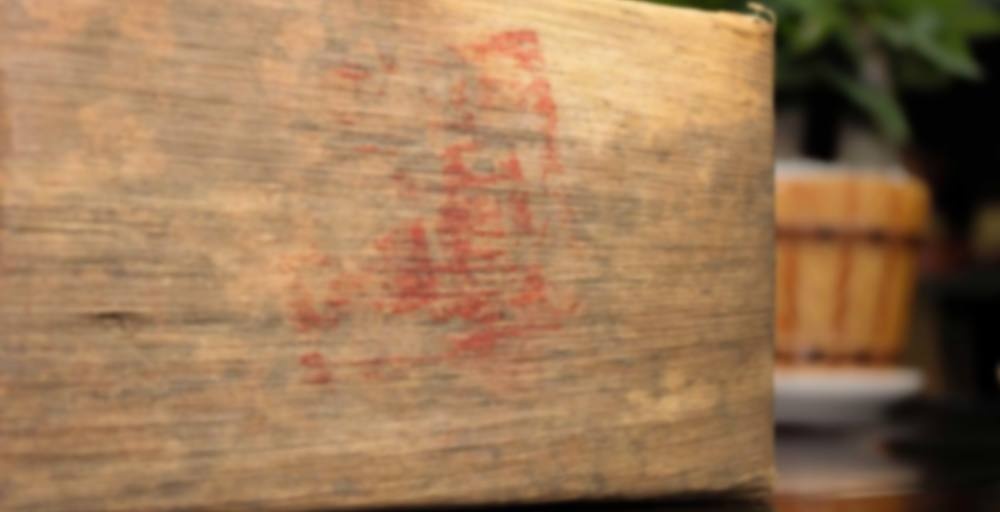 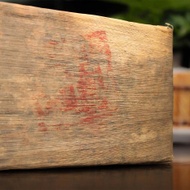 1999 Longyuanhao Shu Pu’er 250g
One of the oldest teas we have offered, this is a deep, rich and complex tasting experience. Longyuanhao is one of our favorite companies, focusing on wild-picked teas, and expressing the unique terroir of places like Yiwu. They have become a respected force in Xishuangbanna for their continued tradition of quality. This brick is one of the first pressings they made, back before they had labels, branding or anything more than a dream of making beautiful tea.

A while back, I ordered a puerh sample pack from Verdant. I used about 4-5 g. leaf for about 6 oz. water. (My kitchen scale is still missing.). Still can’t find my puerh pick, so I broke the leaves up with a longer rinse. It’s sort of mediocre, somewhere in between the Guevara shu and the much better Ethical Agriculture one I tried yesterday. Nothing offensive about it — it’s just bland and boring, with no noticeable lingering notes so far. I’ll say more if anything comes up in later steeps. Smells sweet like dried tobacco leaf, but I don’t really notice much sweetness in the flavor.

Added: Woodier than I’d like. Not a fan of heavily oaked wine, and this bothers me in the same way.

Now on the 6th or 7th steep, and it really doesn’t change much as I go. The Ethical Ag tea lost some of its earthy mineral flavor as I took it through additional steeps, but this one doesn’t. I do not like it.

So far, my palate is pretty simple. I like unflavored teas that are naturally sweet. A little bitterness doesn’t bother me, as long as there’s some sweetness. This doesn’t fit the bill.

If you like sweet, I’d recommend trying out some lao cha tou (shu nuggets that get formed during shu processing). From my experience they generally tend towards sweet and/or earthy and/or creamy. White2Tea’s laochatou tastes pretty sweet to me. I think their Chocolate Minis are also described as relatively sweet though it’s been a while since I’ve had them so I can’t actually remember myself.

Crimson Lotus Tea has a huangpian shu (the one in 250g bricks, not the Iron Forge which I haven’t tried yet) which has a ridiculously sweet aftertaste that I love. It might take a few tries to get it but it seems to work better/more consistently for me if I brew it in a mug with a steeping basket and somewhat longer steeps than gongfu.

I’m not good at remembering/associating certain tastes to regions, especially for shu (literally the only one I can nail consistently is Lincang shu which to me has a fruity-ish and full-flavoured but not exactly sweet sort of taste), but I want to say some Bulang shus I’ve had are relatively sweet.

Thanks. I’m writing these down.

I will second the Lao Cha. Shou with a couple of years on it is better than the younger stuff.

I made a deep, rich cup of this to accompany my reading on a cold, blustery, snow/rain mix day here. It is perfect and warming me and relaxing. Delicious.

I am so pleased I got back into reading finally! Hopefully I can keep it up all winter haha. See previous notes on this tea :)

Yours I Like This
13 likes
2 comments
Edit
keychange
Delete

Reading and tea are so lovely during the winter!

I agree! Haha I read most of the day yesterday since the weather was not that great, just a small pitstop to go to Chapters to get the second book in my series (which I read over half of yesterday already, oops) and a new blanket! I am all set now haha

As with all of Verdant’s Shu puerh, this one had a surprisingly clean scent that reassured me of its quality. Obviously it still had a certain mustiness, but it is a generally pleasant smelling brick. Nothing fishy, nothing dirty, nothing nasty. Just a reassuring, “old” smell.

I had this down in London and wasn’t really using optimal water, so I won’t review in too much detail for now, but it was definitely a flavoursome puerh with a lovely, deep coloured liquor (what else was I expecting? hahaha). I’ll bring it back home with me when I go down next weekend and do a proper tasting session in the near-future :D

Nothing that I can recall other than generic shu, still have a little left from a sample so maybe I will increase steep time/leaf. I almost think shu are better western brewed personally, as I always seem to find shu super thin and light with 30 s steepings.

This is a very nice shou! Quite an interesting find – Yiwu Mtn. material used in this brick. Large wild-tree leaves plus stems mixed to enhance the sweet wood flavor. Traditional stone pressing.
I don’t believe I’ve ever had a ripe using Yiwu material. The very dark wet leaves give off a sweet baked foods scent which becomes richer with spice overtones as you move through several steepings. Beautiful dark tea soup is syrupy and very soon the flavor matches with a deep dark sweetness. Nice complexity for a ripe puerh. Smooth and soothing in the throat with a long lasting aftertaste. There is nothing offensive or off-putting about this fermented tea. This is a great wintertime shou to warm up those cold days. Very aromatic; dark and smooth; deep woodiness; upfront sweet richness which continues throughout the session. I definitely like this tea and look forward to enjoying it many more times!
Update: Very flavorful for seven steepings but then it becomes rather thin.

Thanks. IMHO this is one to be enjoyed!

I’m enjoying a rare quiet afternoon, several students have cancelled today, for various reasons (mostly probably because they didn’t practice over the break, & don’t feel like going out in the cold). So I’m cuddled up at my desk with this tea, & I’m loving it. It’s rich & thick, with a deep quality to it, a depth whose essence makes me think of the deep color of mahogany, or the sound quality of a bassoon. It’s not really something I can put into words, but it is much much more than taste, or even texture. It’s a beautiful thing :)

Mm this sounds so good. I should break into my bag of this soon :)

Yum. This is really nice. No fermentation taste. Just smooth and mellow!