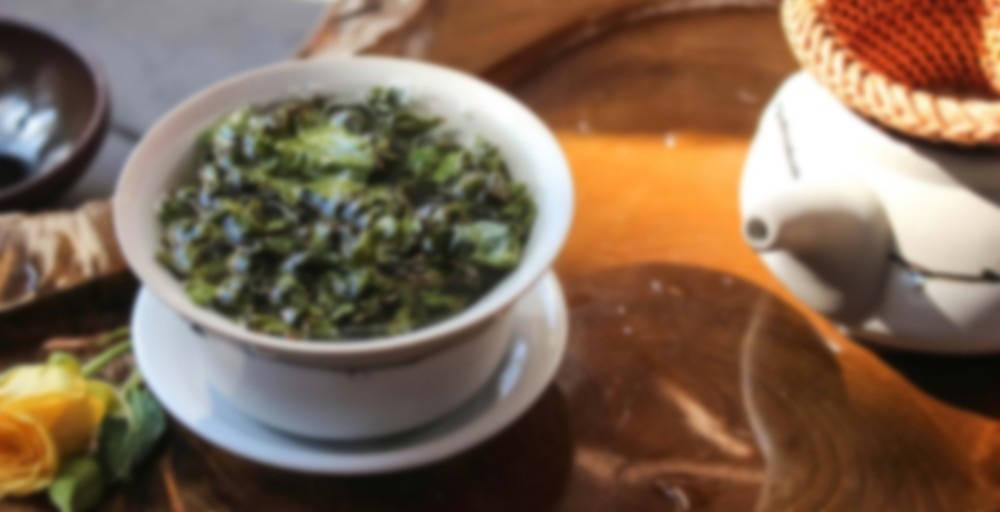 by Verdant Tea
75
You

Mao Xie, or Hairy Crab, is the native varietal to Daping. The village is extremely proud to be a birthplace of Maoxie varietal, and Master Zhang is excited to share this tea. Grown without pesticides and nourished with natural canola flowers for fertilizer, this tea is uniquely savory and autumnal with spiced apple and brandy notes.

This Hairy Crab Oolong is a light oolong with a floral aroma. It tastes like buttered flowers and marshmallows. It is a good tea, nice feel, no astringency, but it is just not for me.

So I am not a big fan of this type of wulong, but got a sample ( thanks ) and gave it a try. Nose is very floral, plumeria, gardenia, sweet, light grassy note.
Palate sweet light, floral, grapefruit, spinach, umami, butter, refreshing ozone like note. Not bad.

This is from the Spring 2015 harvest.
Dry: It’s very floral with concord grape, orange and clove and a big wiff of cut grass
Wet smell: lettuce, roasted wheat, caramel

Flavor: Barley and copper. When Smelling the dry leaves i was so excited to try this but the flavor profile was pretty insipid and a let down.

I was really excited to try this mao xie, but honestly I was pretty disappointed by it. I have the autumn 2015 harvest, which went out of stock about right when I bought this.

At first, it’s very apple skinny, sorta milky, but there’s a bit of acidity too. Vanilla, edamame, there’s a lot of roasty heartburny acidity, (this is the bit that disappointed me) lemongrass, regular grass, metallics, light astringency, spinach, wet rocks.

It reminds me of when you’re licking gravel and then it gives you heartburn, you know?

Tea headache. Do you guys get tea headaches from certain teas?

This tea gives me one of the worst headaches. I’m slightly dizzy.

The roasty acid rockiness becomes overpowering in the middle of the session. It basically becomes this taste, and then slowly fades out, gaining a tiny bit of sweetness in later steeps.

Hmm, I don’t get headaches from specific teas, only when I drink a ton, that is, when I overwater myself haha.

Oh :c I didn’t overwater myself! I don’t think.. I hadn’t drank anything all day and then I had 2 sessions in like 4 hours so.. Maybe lol

Maybe you are just sensitive to a particular type of tea based on its caffeine level. Who knows!

Mackie, your experience with this tea is troubling to me. I loved this one, but I can also tell you from experience that I found this tea to be really fussy. I tried five different preparations, and of the five, two were great, one was very good, and the other two were just flat out bad. I found that to get the best results out of this tea, it is necessary to increase the amount used ever so slightly (I used approximately 6 grams of tea for approximately 4 fluid ounces of water) and really pay attention to the brewing temperature and the steep time. At least, that is what worked for me. I also agree with Fjellrev in that you may be particularly sensitive to this type of tea based on its caffeine content. I, too, get caffeine headaches from time to time. I have to really watch myself when I drink Sri Lankan black teas because they tend to absolutely kill me.

Are there like different types of caffeine? Cause I can drink lots of coffee and its not a problem at all, and eastky, that makes me a bit hopeful; I’ll experiment a bit, I’ve still got a few sessions’ worth, I’ll let you guys know if I get anything different :)

Hey guys okay so I’ll admit that while experimenting with it, and giving it a bit of a refresh roast, today I managed to get rid of most of the acid taste, (and no headache this time!) but even without it, I don’t feel that this tea is anywhere near my standards, the tea’s uncomfortably drying and is not sweet. I don’t know. Anyways, I’m going to bring the rating up a bit.

I’m starting to fall behind on my reviews again. It’s always amazing to me how I can go from being caught up on a project to behind in the space of a couple days. I actually finished the last of this oolong earlier in the week, but had a rough draft of a review written at least 2-3 days before that. Oh well, I still have a review for Verdant’s Huang Jin Gui from two weeks ago that I need to post. Anyway, on to this tea.

I tried steeping this tea a couple different ways, however, the method that worked best for me is the basis of this review. Rather than using my 5.5 and 6 ounce gaiwans, I decided to use my small 4 ounce gaiwan. I was torn on whether to use 5 or 6 grams of leaves, but after trying it both ways, I went with 6 because the 5 tasted slightly weak to me. I followed the gongfu method outlined on Verdant’s website once again, so an initial infusion of 10 seconds in 208 F water followed by a series of 2 second infusions. I carried this one out to nine infusions (10, 12, 14, 16, 18, 20, 22, 24, 26 seconds).

Initially, this tea presented a creamy, floral, and slightly fruity nose with a hint of toasted character. Initial infusions emphasized toasted sesame, ginseng, cream, custard, green apple, pear, honeysuckle, lilac, and jasmine notes underpinned by a slightly grassy vegetal character. The tasting notes on Verdant’s website also described nori, apple brandy, rosemary, and alfalfa flavors, but I didn’t get any of those, at least at first. Later infusions saw the floral, sesame, and ginseng notes fade and the cream, custard, orchard fruit, and vegetal notes emerge more fully. I detected alfalfa and hay specifically. I also began to notice a slight citrus note on the finish that reminded me of lime zest. The final couple of infusions were mostly creamy and vegetal. I probably could have gotten at least 1-2 more infusions out of this tea, but decided to cut it off at nine as I didn’t see the flavor radically changing or anything new emerging at that point.

The first time I tried this I was impressed, but my opinion of this tea wavered after a couple more sessions. Over my last couple of sessions, I began to feel like I had gotten it right again and I once again began to really enjoy this tea. Compared to many of the other green oolongs that are available, this has a really unique aroma and flavor profile. I kind of doubt it will be for everyone, but for me, it has all of the savory, creamy, vegetal, fruity, and floral notes I love on one level or another. If you’re a fan of newer style Chinese oolongs, then I think there is a good chance you will greatly enjoy this tea. It is definitely worth checking out regardless.

First steep was 2:00 min at 200F with 5g of tea for 8 ounces. Smells like autumn leaves that have been caramelized with sugar. It tastes good, but is very underwhelming. I feel like it needs to be 4 times as strong. Next brew I’m going to do half the water and see how it changes. I do like it though.

Second brew increased flavor a bit, but it still seems to be a one note tea. It is still good though. Four brews in and still very good.

Finally one that is already in the Verdant website!

I wonder why it is I simply can’t taste anything past that? It should be possible. Especially with a tea that isn’t even scented.