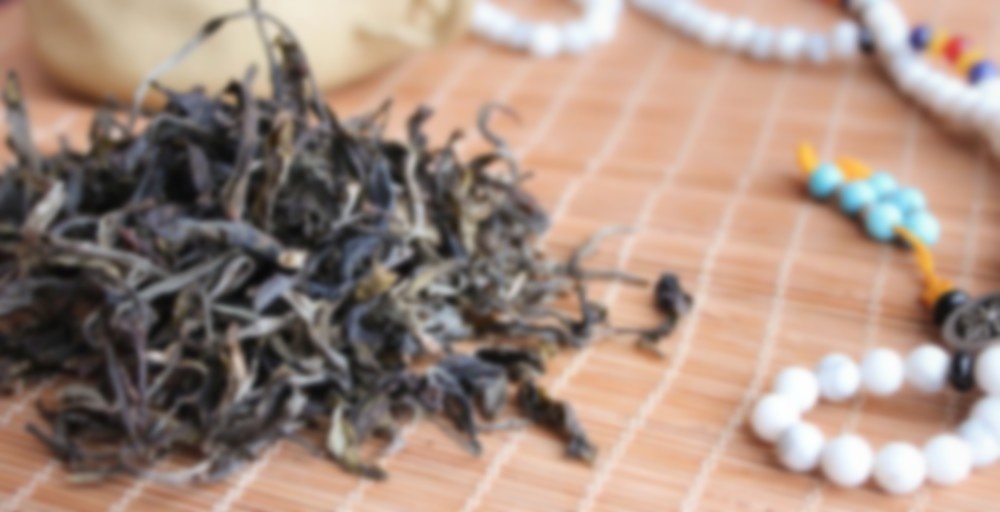 by Verdant Tea
77
You

This tea is wild picked by Master Zhou in the oldest tea forest in the world. The leaves in this cake are called the Gu Hua harvest, from 300 year old trees. The biodiversity of Qianjiazhai gives immense complexity to the flavor of this tea. The sweet, smooth fruity flavor and rich texture are incredibly drinkable, and promising for long-term aging.

Updated this review ten months later, check past the dotted line below. TL;DR added on the end.

Typing this review while drinking the tea at the same time.

I started this tea off with a flash infusion / wash of 5s. The flavour from the tea scent smelled quite like mesquite wood, which was very pleasant.

I recommend brewing this tea slightly under boiling. This removes the bitter taste present at higher temperatures and makes the tea more mellow overall.

On the first cup, after letting the temperature cool down more, the flavour changes and actually gets stronger despite no changes being done to it. A strong ‘wet wood’ flavour comes out. It surprisingly adopts a slightly sweet taste, not unlike raw sugarcane.

Second steep initially tastes like wet wood, dry grass, and sugarcane mixed together. Not bitter and not overpowering, just mellow and soothing. So far, brewing this tea at a lower temperature really makes it taste much better (did some steeping at around boiling, was not sweet and generally bitter, not recommended). The after taste, tastes strongly like a ‘sweet mesquite’. Rather pleasant.

Letting the temperature drop, the flavour becomes less powerful, but sweeter instead. It’s almost like this tea can’t make up its mind.

Using around 140mL for the third steep, so letting it sit for about a minute. Tastes like the previous steep, just a bit stronger and a very very slight apricot hint in the back. Steep 3 is actually the ‘sweetest’ of them all; it is still a subtle sweetness but it still is there. A slight bitterness starts emerging as the tea cools, but that might be due to the 1 min steep time.

Overall not a bad young sheng. Not a huge fan for grass-like pu-erhs, but this one was quite relaxing with no real bitterness.

Wet aroma is really neat, a bit smokey with wet grass, oak, wood, and just a bit of vibrancy as well.

So first steep flavour is mellow and not that sharp, but has a leafy taste to it (well it’s tea leaves I know but still), and it tastes a bit like autumn. very faint hints of sweetness, but mainly grassy. Not terribly exciting, but it has a significant relaxing effect on me, really enjoying that.

So second steep is neat, different from my previous note! It’s very light, despite having around a 20s steep. Very light consistency, but a little sharp as well. Not bitter or astringent at all. You can start testing the minerality from it. A bit leafy but no longer ‘overpowring’ as before. Smooth leaf, not too much sweetness again, but incredibly calming.

Third steep. again, light flavour despite longer steep, but now it’s sweet. Still has a bit of a woody leafy taste to it, and dryness is creeping in (that’s what I get for trying to brew it too long), but incredibly calming and relaxing.

It’s so neat how the flavour profile changed so significantly from the previous. Sweetness is honestly not there, but instead it starts off a little sharp in taste and then mellows out. It then becomes rather soft, grassy, leafy, and woody, but it is incredibly relaxing and very very mellow. The astringency is on the middle of the tongue, which is rather unique for me. I have to readjust my rating and put it a tad higher: This tea is excellent for relaxing. Not terribly sweet but isn’t bitter at all. Nice.

The last of my “5 for $5” sampler from Verdant Tea. Also, the first young sheng I’ve really enjoyed.

I took some advice from /r/tea over on Reddit and brewed this one at lower temp, like an oolong. The result was less bitter and astringent than I associate with young sheng.

The flavors were vegetal, with some camphor, dry grass and sweetness. A very pleasant, mellow sort of drink.

March TotM is again pu’er, this time from Qianjiazhai, rather than Xingyang — as was perhaps already obvious by yesterday’s tasting note about shu. The sheng offerings start with this 2015 and work back to a 2010, and I’m going to do them in reverse age order so that I can experience the maturity growing as I go.

The first steep here is extremely soft & subtle. I’m afraid that lingering toothpaste may be convincing me there is more camphor here than there really is, so I’ll hold off until steep the second before getting too serious.

Now the sharpness of young sheng comes out in steep two.

aaaaaand then the phone rang and I over steeped it.

Thankfully I have more leaf and will pick this up in a few days.