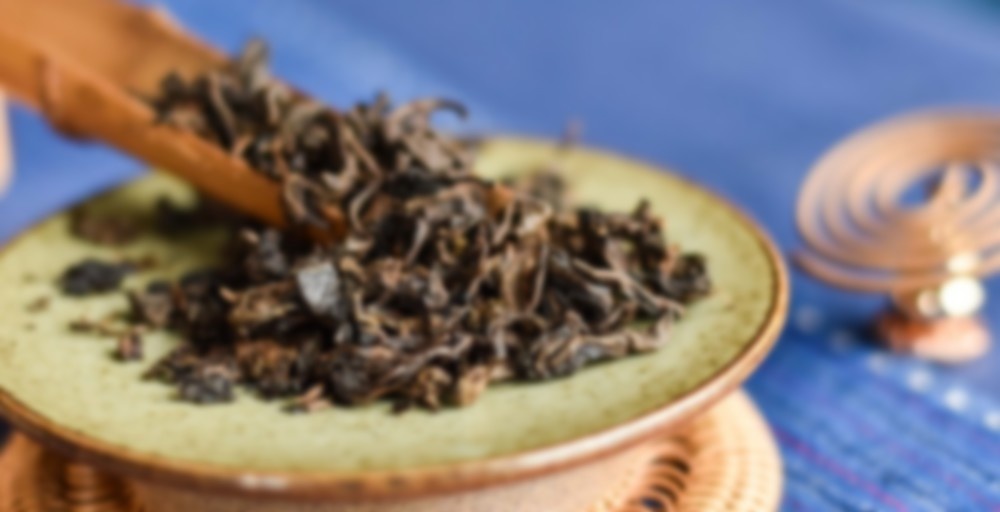 by Verdant Tea
66
You

This limited 1990 harvest of aged Tieguanyin stands out as unique from the others because the leaves were hand-processed by Master Zhang using traditional Oolong Revival style, where one end of leaf is slightly curled and the other is extended. Master Zhang describes the shape as a ‘dragonfly’. These leaves were turned and fluffed three times the normal standard for modern Tieguanyin. The result of this unique processing and the 25 years of age creates a deep shu pu’er-like earthy flavor most similar to the clean fermentation of Xingyang shu pu’ers. We have never tasted anything like this in an oolong. It has the foresty richness of shu pu’er but the sweet caramel aftertaste of oolong.

It’s a slow day at work and I am presently bored out of my mind. I will, therefore, go ahead and clean out the rest of my personal backlog. I am trying to finish off a lot of the samples I have purchased over the course of the past year, so I have been trying to drink 2-3 larger packets and 3-4 samples each week. That’s a lot of tea, but working three jobs, one of which requires 24/7 on-call time, means I need to be on the go and alert at strange hours and for long stretches of time. So, with my schedule, it’s doable. I had a 5 gram sample of this tea that I had put off trying for some time because the last aged Tieguanyin I had from Verdant was just not good in my opinion. I ended up drinking this slightly less aged version yesterday evening simply because I was running on fumes and sick of knowing it was there. Oddly, it smelled and tasted older than the 1985 Qing Xiang Aged Tieguanyin that I reviewed fairly recently. I didn’t like that one and I liked this one even less.

Prior to the rinse, the dry tea leaves emitted aromas of musty old books and forest floor after a rain shower. After the rinse, the forest floor aromas swelled. I could now detect distinct impressions of mushroom, moist earth, wet wood, moss, fallen leaves, and wood bark. Buttery and vegetal aromas also began to emerge. The first infusion produced a similar bouquet, albeit one with more pronounced impressions of butter and vegetables (celery and leaf lettuce), as well as a very subtle hint of sandalwood. In the mouth, the tea displayed a smooth texture with notes of wet wood, wet earth, moss, fallen leaves, must, mushroom, wood bark and dried, aged paper. I could detect hints of cooked leaf lettuce, butter, celery, and sandalwood in the background. Subsequent infusions maintained the dominance of the forest qualities to one extent or another, though the impressions of butter, cooked leaf lettuce, celery, and sandalwood did slightly strengthen. I began to catch fleeting impressions of vanilla bean, caramel, and blackberry as well as a subtle mineral presence on the finish. The later infusions surprisingly maintained a good deal of character. The forest and old book characteristics were still there, though they were matched by minerals, sandalwood, butter, and celery, while faint wisps of caramel, lettuce, vanilla bean, and blackberry were present in the background.

This was such a strange tea. It was very similar to some of the aged ripe pu-erhs I have tried. As a matter of fact, I probably would have appreciated this more had it been a pu-erh. As an oolong, I just found this to be awkward in a thoroughly unappealing sort of way. I know I mentioned this earlier, but this tea somehow strangely ended up smelling and tasting older than the variant that was supposedly five years older. At this point, I just wish I were done with these aged oolongs. Unfortunately, I have four more (two from Verdant and two from Puerhshop) to go.

This one is a bit of a disappointment for me. Dry leaves are earthy some what loosely rolled. Nose is delicate very earthy, much like pu-erh that I have had, humic and fungal with some sweet floral notes. Palate I get top soil humus, mushroom, hay, slightly floral. Very light, no matter how long I steeped or how much heat ( even boiling ), I could not get this one to open up. I also do not care for pu-erh ( maybe I just haven’t had good pu-erh yet ), so this one will not come back…