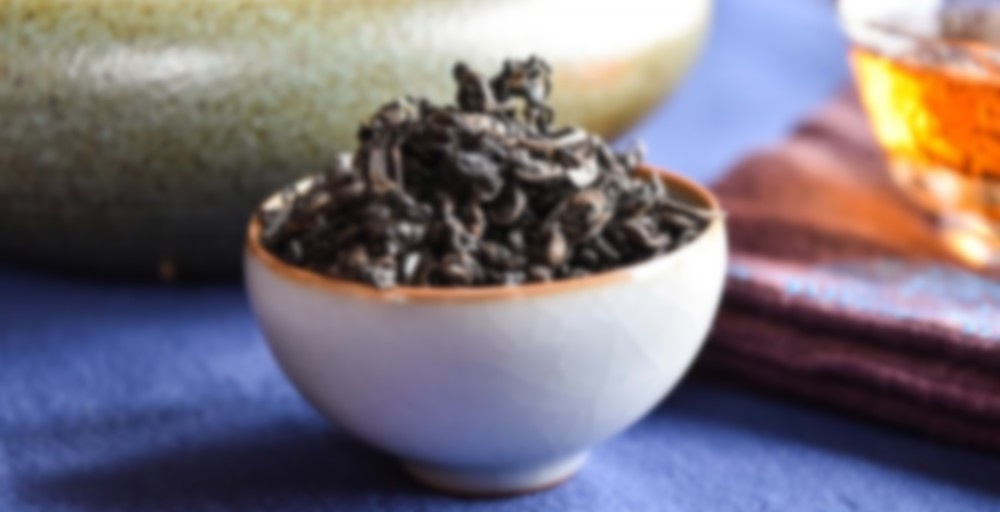 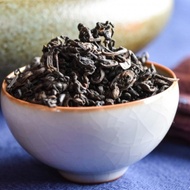 This tea is the He Family’s answer to the challenge that oolong is only for southern China. Despite Laoshan Village only having fifty years of tea cultivation and oolong being the most technically demanding kind of tea in the world to produce, Mr. He comes through brilliantly. It takes his entire family an entire day to process a single five pound batch of this tea. The careful kneading and rolling brings out a beautiful, pure expression of the minerality of the soil and the water.

This is the 2018 harvest. A marvelous cup… or three. Only 5g of the sample so I used the whole thing in one go to aquire the most flavor. Should probably be writing down the sipping times but then I feel like I focus more on the time and less on the flavor. This doesn’t have the roasted notes like you would find in a hojicha, I find them a bit more subtle. Though they really come out in the aroma when using an aroma cup set. Also sensing some strange green pepper notes every now and then. No astringency just a smooth flavor and mouth feel. So many unique flavors on ones palette with this tea. Sometimes I taste chocolate notes other time floral notes. Tomato? So unique!

Sorry if this looks like a wall of text but it’s a comparison note.

Finished off a pouch a few days ago. I’ve tried several of Verdant’s Laoshan blacks and greens, and this same Autumn 2017 roasted oolong with osmanthus flowers. This is an interesting tea, albeit not too complex in regards to mouthfeel. I was expecting something ridiculously sweet for my tastes given my experiences with the mentioned teas, but the sweetness turned out to be quite well balanced.

This oolong brewed well with short gongfu steeps and also western style even with over-steeping. Longer gongfu steeps seemed to muddy the flavors. If I had not had experience with both Farmer He’s Laoshan blacks and greens, I honestly would’ve pegged this as being remarkably similar to his black teas. After spending more time with it, I was able to see it is indeed an oolong, being partially oxidized, actually fitting between the fully oxidized black and non-oxidized green versions.

The first several infusions gongfu did greatly resemble the Laoshan black with leaf aromas of rye, chocolate, molasses, wheat, rum, raisin and cherry. Especially when brewed western, the liquor had a powerful yet mellow aroma, less sharp than the black tea with notes of cherry, orange, chocolate and honey. Brewed gongfu, the body was light with upfront tastes of chocolate, wheat and orange. Later infusions, in addition to the above, developed lighter notes of blanched almonds, cream, vanilla, oats and darker roast-related notes of rye, toast, brown sugar and wood. Broccoli also made an appearance and combined with the lighter notes, reminded me greatly of Farmer He’s creamy and vegetal Spring 2018h green tea. In comparison, when brewed western the taste was more like hot chocolate with hints of orange and cherry and the mouthfeel was quite a bit thicker.

Overall, I appreciated the mellowness of this tea compared to the more, to me, aggressive, forward character of the Laoshan blacks and greens. The lack of an intense sweetness was really a plus for me. As an oolong, this tea took what I didn’t like about the blacks and greens, smoothed out those qualities and merged the flavors of both.

This tea would be an even greater step above if the liquor were a little thicker and the depth of flavors came out in different areas of the mouth. However, these qualities make a very good tea for those who appreciate flavor on the sip. Also, this oolong is very forgiving, making me think it would be great for beginners to loose leaf tea looking to move beyond a green or black. It’s friendly for daily drinking considering it doesn’t have much longevity. It actually performs better western steeped in this regard.

First steep/sip of 20 seconds reminds me of… earthiness. Like, dry leaves and twigs with some grass in there. Not as roasted as I might imagine. It’s not bad, exactly, but a bit different. Maybe it is a lighter roast and therefore some of the greenness of the oolong is still shining through? It kind of reminds me of some Taiwanese black teas.

It is very smooth and drinkable though. And honestly, though it is different than what I normally like, I am finding it a pretty good offering. There is some drying sensation on the tongue as the session goes along.