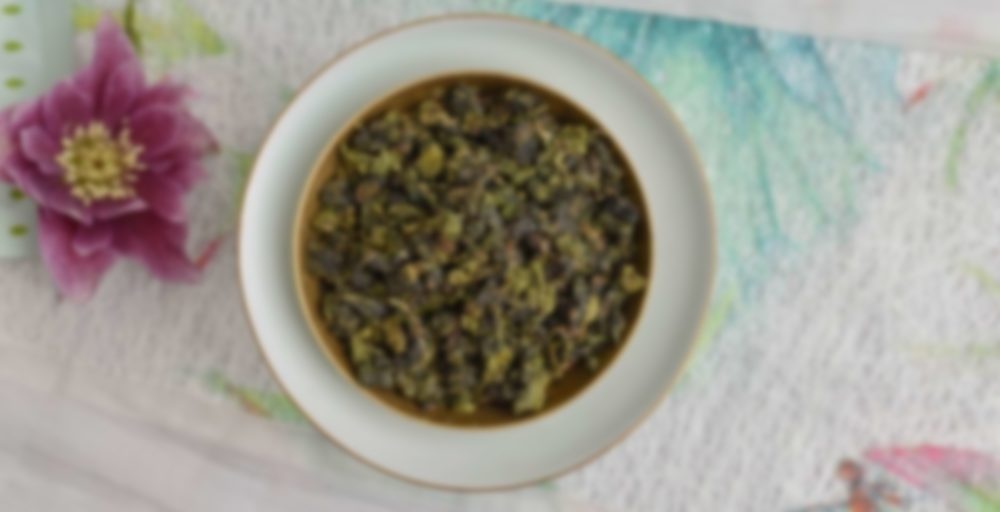 by Verdant Tea
82
You

This tea originally premiered in the December 2016 Tea of the Month Club. “Ming Hua Xiang” literally describes tea flower aroma – the scent of camellia sinenses in bloom! The tea flowers blossoming around Daping village are an incredible and potent aroma, perfuming the fields in early autumn. Tieguanyin varietal has a unique marigold and honey aroma, and a dark floral quality. Master Zhang’s careful traditional processing preserves a beautiful green quality in this tea, a rich thick soybean-like flavor tempered by bright Chrysanthemum floral notes. A lingering pine flavor in the aftertaste makes this complex and satisfying over multiple steepings.

After not enjoying my cup of roasted Tieguanyin yesterday, I switched back to some “plain Jane” Tieguanyin (more or less). Actually, this one is a little fancy and has a succulent honey flower aroma. I’ve never actually sniffed a chrysanthemum (ala Verdant description) before, but it’s a deep sweet flower smell.

The flavour is an interesting contrast; I thought it would be a syrupy sweet to taste but it’s more a “pasty” nut. Verdant’s soybean description works, but husked sunflower seeds also come to mind. The floral note has a syrupy “texture” to it but it isn’t what you’d call sweet, unless you’re thinking of the subtle sugars picked up in grass, tofu, or nuts. It’s altogether a very smooth, fluid cup that is at once mild but also contrarily rich (butter, vanilla).

A spiced note comes into play in subsequent steeps. I can also see where the matcha note comes from. I’m chuckling that I want to write that this tea tastes like TEA, but when you think of that sweet, grassy, nutty, floral quality that good, fresh matcha can have you’ll get it (hopefully).

Pine, nut and mineral notes are particularly noteworthy on steep 4 and onward, with the return of vegetal spice on steep 5.

I’m still killing off these oolong samples from Verdant. I forgot I had a few of these. This was one of several special release Tieguanyins from Master Zhang’s Collection a couple months ago. It was billed as approximating the aroma of tea flowers.

Prior to the rinse, I detected heavily floral aromas resembling a mixture of chrysanthemum, honeysuckle, gardenia, and tea flower coupled with scents of vanilla, cream, sweetgrass, and a touch of pine. After the rinse, scents of marigold and honey emerged alongside what I can only describe as watercress. The first infusion again produced a heavily floral aroma underscored by vegetal, savory characteristics. In the mouth, I detected a blend of vanilla, cream, butter, honeysuckle, gardenia, tea flower, chrysanthemum, pine needles, watercress, and sweetgrass. Subsequent infusions saw the honey and marigold arrive on the palate, while aromas and flavors of hay, soybean, snow pea, clover, orchid, sweet pea, and minerals expressed themselves at one point or another. The later infusions were mostly savory and vegetal, offering dominant mineral notes balanced by vanilla, cream, butter, honey, pine, watercress, and sweetgrass with just a touch of distant, indistinct floral character in the background.

This was a pleasant, easy-sipping Tieguanyin with a good deal of character. It reminded me of a more robust version of the Spring 2016 Tieguanyin, but with significantly more complexity. What made it so appealing for me was that despite the heaviness of the floral presence, there was enough going on aside from that to keep the tea from coming off as one-dimensional.