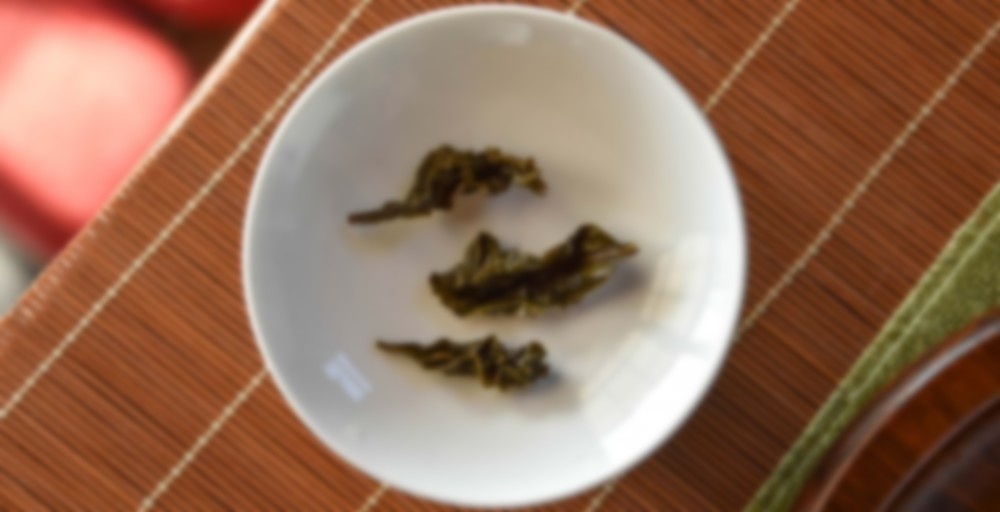 Master Zhang excells at finishing his traditional Tieguanyin. He works in a way to brings out the florals and strengthen them, allowing the green quality of the tea to shine through while providing a sweet and nuanced counterbalance through delicate roasting. This is the tea that Master Zhang grew up with and his greatest passion. The mist shaded mountain air and sweet spring water make this true Tieguanyin varietal tea even more nuanced.

Here’s another sample sipdown. I go out of my way to try as many Tieguanyin variants as possible. Tieguanyin was the tea that turned me back on to the joys of oolong and has been one of my primary foci ever since. I’ve been impressed with the traditional Tieguanyins Verdant sources from Master Zhang for nearly a year, and while this one was much lighter than last autumn’s offering, I still found it to be a very nice tea.

Prior to the rinse, the dry tea leaves emitted mild aromas of cream, roasted barley, aloe, and violet. After the rinse, I began to detect grass, spice, butter, and a pronounced vegetal scent. The first infusion brought out butter, cinnamon, watercress, and a touch of vanilla bean. In the mouth, I detected cream, butter, aloe, grass, watercress, roasted barley, and cinnamon underscored by touches of vanilla and violet. Subsequent infusions grew both fruitier and more vegetal, as impressions of hay, banana leaf, coriander, jicama, cattail shoots, white grape, green apple, graham cracker, and honey emerged alongside a touch of minerals. Later infusions were mild, grassy, and mostly vegetal, offering a more dominant mineral presence balanced by lingering traces of grass, hay, coriander, cattail shoots, aloe, and jicama, though there were very faint touches of vanilla, cream, green apple, and honey still lurking in the background at points.

Though it wasn’t as grainy and toasty as last autumn’s version, this tea was ridiculously complex. In terms of aroma and flavor, I found it to be very similar to the Spring Traditional Tieguanyin, though in my opinion, this had more to offer overall. Aside from the almost unbelievably complex aroma and flavor profiles, this tea was very lively. It had an immediately refreshing and invigorating energy that it maintained throughout the session. If you are a fan of traditional Tieguanyin variants and don’t mind lighter, subtler flavors, this tea is most definitely worth giving a shot.