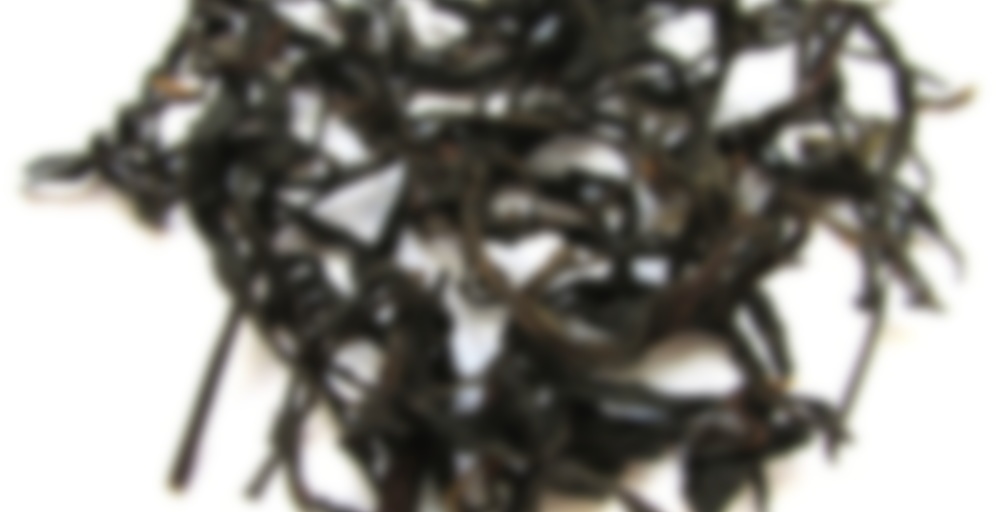 A smooth fruity black tea with a sweet gentle taste of apricots and prunes and completely free of astringent tones.

Completely hand-produced by Mr. Ramiz, who at over sixty years of age, is one of the most experienced and respected tea producers within Georgia. Mr. Ramiz produces small monthly batches of tea from his own private garden, which rarely exceed 20 kilograms in quantity.

As Mr. Ramiz is one of the foremost tea producers in Georgia, his tea is in great demand and is often sold out months in advance of production. Mr. Ramiz works closely with a friend from the Czech Republic who purchases nearly all of Mr. Ramiz’s production and personally drives the tea from Georgia back to the Czech Republic.

The sourcing of this rare tea was only possible through our close connections to a contact in Poland, who is friends with Mr. Ramiz’s Czech friend and able to secure limited quantities for us.

“This tea has heavy-hitting notes of fruit. I’m getting a very sweet raisin.

It reminds me a lot of Sun-Maid raisin boxes my mom used to throw in my lunch when fruit wasn’t on sale.

(Did you know that honeycrisp apples are around $3.99/pound right now? Even crappy apples like Red Delicious can get costly for a family of four. Raisins are a steal, friends.)

I loved those boxes of raisins. I loved how the beautiful Sun Maid lady was in a circle-halo like the Virgin Mary. I enjoyed pulling the stems out of the raisins. I liked their squishy pop. I was super-into digging into the bottom of the box to get the last raisins that were stuck down there. Raisin-scraping was just as satisfying as picking my nose, but socially acceptable. Every box was a project unto itself. No raisin was left behind."

This was my second gong fu session yesterday. I used 7 grams of leaf in my older gaiwan. Both gaiwans are supposedly 100 mL and yet the new one seems much bigger so who knows.

This time around, I had a similarly minerally/astringent experience as I had with the oolong session earlier. Is that typical of gong fu brewing or is it my timings?

At least this time the drying was no so offensive and I was able to also get some flavor from the tea itself. The first few steeps had stonefruit and cocoa. Then I just kept steeping. I got about 10 steeps, the last few being the best as they no longer had the mineral/astringent quality despite the particularly long steeps (8+ minutes).

Personally, I don’t use such high leaf amounts (grams) when I do gong fu or it tastes really bitter/astringent to me. I use https://octea.ndim.space/#/ for my water-to-leaf ratios and it works well for my tastes, at least.

This is awesome. Thank you!

GCTTB Going to be a few of these today if i can have quick breaks while working.

This was sort of middle of the road for me. Not a bad tea, decent cup of slightly honeyed brew…but nothing out of this world. it was smooth and enjoyable, but not a tea i must have in my cupboard. Happy to drink it again if it comes around though :)

miss you! Maybe we’ll take a road trip with ruby to come visit…heh

:)
That would be awesome

Another of the Georgian teas I acquired from What-Cha during the second half of 2016, I finished off the last of my sample pouch this afternoon. I got so used to the recommended steeping process for Natela’s Gold Standard that I ended up using 203 F water instead of 194 F water the first time I brewed a cup of this tea. It turns out that nine degree difference in temperature really makes a difference with this tea. Brewing it again at the recommended temperature resulted in a much more flavorful cup.

I brewed this tea Western style. Rather than attempt multiple infusions, I favored a simple one step infusion process. Note that in this review I am specifically referring to the latter brewing method referred to above-3 grams of loose tea leaves steeped in approximately 8 ounces of 194 F water for 5 minutes.

Prior to infusion, the dry tea leaves emitted a malty, slightly fruity scent. After infusion, I picked up pronounced aromas of cream, malt, raisin, almond, and nutmeg. In the mouth, I detected dominant notes of cream, malt, and toast balanced by gentle, subtle notes of apricot, golden raisin, and yellow plum. Notes of nutmeg and almond were also detectable, becoming more noticeable on the smooth, malty, and subtly fruity finish.

Overall, I really liked this tea. It came across as being smoother and more balanced than Natela’s Gold Standard, though it also lacked the pronounced fruitiness I so admired in that tea. Still, I found it to be very good. I think it would be a perfect tea for whenever one is just looking for a balanced, supremely drinkable cup.

Beautiful tea. Super sweet and lovely. It reminds me very much of the honey black I was drinking the other day.

Smooth, fruity, thick. As it’s cooling it’s getting sweeter and fruitier – it would probably be great iced. More malt and astringency on the second steep.

Gentle and smooth. Very light fruitiness reminiscent of plum, with a honey aftertaste that becomes more noticeable as the tea cools. This was my second favorite of the Georgian teas available from What-Cha, and I found it comforting.

I got this sample as part of Liquid Proust’s group order from What-Cha. I’ve been enjoying those teas, mostly in the form of “wow. I didn’t know they grew tea in ___.” This tea was just a wow. It can compete with just about any black tea that I’ve drunk.

Starting out prior to steeping, the large, loose-packed leaves made my 1.6 gram sample quite large. The first steep had a mild, slightly fruity aroma. Taste is similar to the nose, but the stone fruit flavor is much more obvious. Taste leans toward sweet rather than astringent, and has a good finish. As I sip, I notice hints of herb and spice. Good texture in the mouth, with just a hint of acid balancing the slight sweetness. Several minutes after the cup is empty, I am still enjoying the finish.

The second steep not quite as good, as the astringency is stronger than the sweetness, though the other elements are still there.

This is another I want to try

Dry- fruit, stone fruits. Taste- fruity, smooth, and malty on later steeps. I liked this tea a lot. It could have gone a few more steeps, but I needed to move on to some other teas. 88

While there is a common thread of flavor and aroma that runs between the Georgian black teas offered at What-Cha, this one has a particularly deep and mellow character with sweet indistinctly fruity tones. While all of the What-Cha Georgian teas are unique, I find these teas difficult to describe because they have such similar characteristics, they just point in different directions… if that makes any sense. And perhaps that is why I love having a small collection of Georgian teas: I can pick one to suit my current mood.