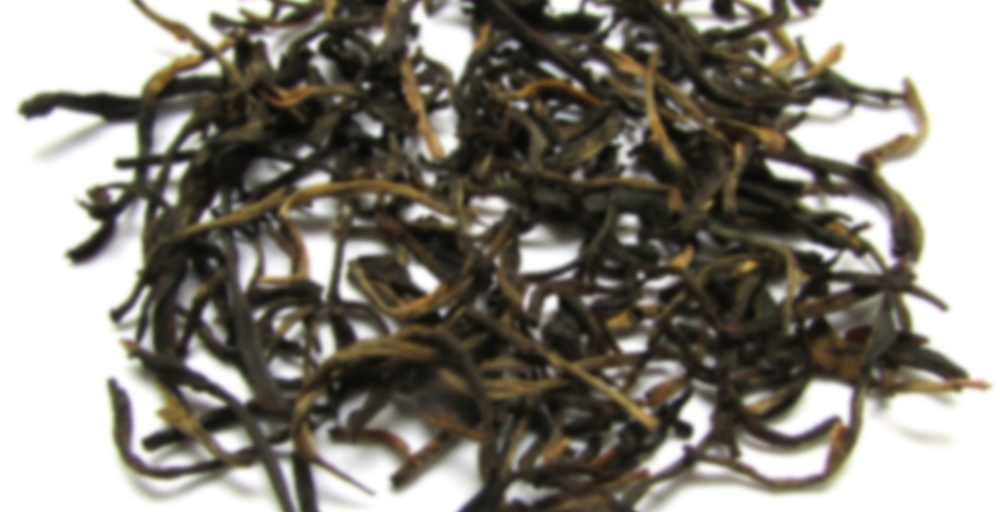 Dry tea gave me overwhelming scent of pipe tobacco and lots of nostalgia with that. Later malt – lots. Then even later some of the scent of a struck match, but not at all in a bad way, not sulphurous.

It’s hard to pinpoint what’s going on so I suspect I’ll edit in future.

I finished the last of this tea yesterday afternoon. I had hoped to post a review for it last night, but ended up spending more time than planned on my review of What-Cha’s Vietnam Gui Fei and never got around to it. I found this to be a decent, though rather boring black tea.

I prepared this tea Western style. I steeped around 3 grams (roughly the equivalent of 1 teaspoon) of loose tea leaves in 8 ounces of 203 F water for 5 minutes. I did not attempt any additional infusions.

Prior to infusion, the dry tea leaves emitted mild woody, malty aromas. After infusion, the bright amber tea liquor produced pronounced aromas of malt, citrus, molasses, toast, nuts, and wood. In the mouth, the tea opened with the expected notes of caramel, toast, malt, and molasses before rougher notes of black walnut, hickory, wood, and bitter orange peel took over the proceedings.

To me, this was nothing more and nothing less than a typical Assam. I have had worse, but I have also had far better. I think what hurt this one so much in my eyes was the lack of layering displayed by the individual flavor components. I know some may feel differently, but what I got was a crude juxtaposition of smoothness and sweetness up front and bitter, oily nuttiness, bitter citrus, and chewy woodiness on the back end. Aside from traces of malt, toast, and molasses that peeked through on the finish, there was virtually no integration between these two opposing sides. In the end, I could see this making an adequate breakfast tea, but that’s about it. If you are looking for a tea to enjoy on its own, you may want to look elsewhere.

I purchased this tea for use in masala chai off of the recommendation of Alistair of What-Cha. It has been great for that. This morning, rather than my typical Yunnan black, I had a hankering for a malty, deep black tea. I remembered I had this on my shelf and tossed a big pinch into my gaiwan. Hitting the leaves with hot water released a plume of malty sweetness. The brew is a deep golden red color that is smooth with deep malty flavor, some sweetness, and almost no astrigency or bitterness. For me, this morning, this tea is hitting the spot.

This is a pretty good black tea, mostly getting really deep malty flavors. Reminded me a bit of coffee, especially when I first sipped it. Not a “bright” tasting black tea, more of a deep flavor. No astringency.

Fine Assam, but not remarkable.