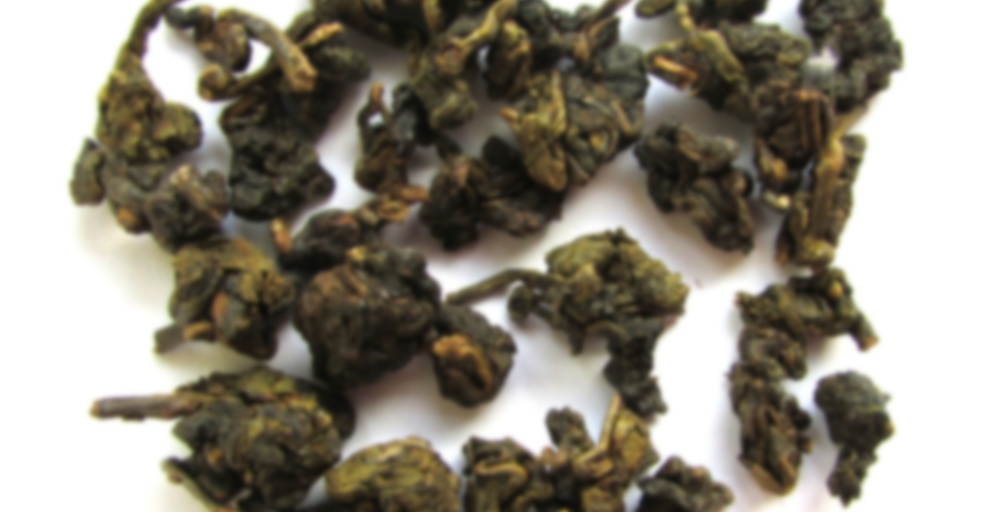 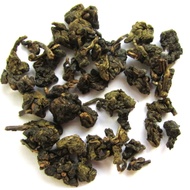 A tea completely unique to Thailand, it is processed in the rolled Taiwanese style but is produced with a domesticated assamica native to Thailand. As a result, the tea has a stronger and less refined taste which makes for an interesting change to the typical Taiwanese style oolongs.

Produced in Northern Thailand in what was once the hub of the ‘Golden Triangle’, the farmers in 1994 turned their back on opium production and switched to tea, importing a range of tea plants from Taiwan’s famed tea producing region Alishan.

I finished a sample pouch of this tea earlier this week, but I’m just now getting around to posting a review. Going out of my way to take more prompt and thorough session notes has been both a blessing and a curse because while I now have a written account of every review session I have conducted over the past two weeks and am not in a position where I have to work from memory on any tea I have consumed in that time, I also now have an excuse to put off posting reviews as quickly. I hope to be completely caught up by the end of next week, but as I am trying about 3-4 new teas each week, it could take a little longer.

This oolong broke up the monotony of Indian black teas for me. I had been on a mission to greatly reduce the number of samples from Teabox on hand and turned to this tea on a whim in order to try something new and different that was not an Indian black tea. I found it to be a unique oolong, perhaps not the deepest or most refined in the world, but unique, complex, and appealing nonetheless.

This was an interesting oolong with a unique and challenging mix of aromas and flavors. It kind of reminded me of some of the Yunnan oolongs I have tried over the course of the year, though its aroma and flavor components were significantly more mellow and integrated overall. As a matter of fact, that was my only real problem with this tea. While I could appreciate its balance, I also felt that everything was a little too integrated. After a point, nothing about it stood out enough to really spur me forward-I kind of had to push myself to get through the session in the later goings. Still, this was a very nice tea and well worth a shot for anyone considering trying it.

I drank this one out of a Mystery Pack from LP last night – I didn’t know what it was until I looked halfway through the session. I knew it was some kind of oolong, I was guessing a TGY or Dong Ding…never would have guessed it was from Thailand. It was a really good tea!
The leaf had a nutty, just slightly roasty aroma.

The tea was pretty consistent throughout the session. It had a big, creamy body with nutty and fruity sweet notes. It didn’t taste roasty at all. The fruitiness with the creaminess reminded me of banana quite often. I really liked this one – I might have to make a What-cha order to pick some of this (and some other goodies) up.

I’ve always been a fan of What-Cha and the description of the tea on What-Cha’s website made it sound really yummy. The description said ‘butter’, but when I received the tea ‘nutty’ was on the package.

Anyways, I brewed this tea in my vessel gong-fu style and I first noticed a nutty-creamy taste. It had a cocoa powder after taste that indicated a medium roast. As I brewed this tea it became more pungent and kept packing on a more powerful punch. In it’s medium steeps it started go quickly from smooth to bitter and rough. In its later steeps the nutty flavors started to get more sharp and pungent.

Overall, this wasn’t one of my favorite oolongs. I feel like other people might enjoy it for the fact it carries such a strong punch. I believe this would be a good oolong to introduce a coffee drinker who is ready to make the transition into tea.

My apologies, the tasting notes section were a copy and paste error, with the notes from another tea appearing.

I’ve amended the description and also made it clear to expect a more puerh like tea than an oolong.

It’s all good! I can definitely see the ‘pu-erh’ aspect in this oolong and I agree with you on that.

This is why What-Cha is my favorite vendor.

@Whiteantlers He’s definitely one of mine too. He’s been very helpful and he seems really cool.

Thanks for your understanding and kind words OolongDrunk :)

I have an order en-route from them. Can’t wait!

Oh, my ordrs from What-Cha are always like Christmas. Enjoy, mrmopar!

@TheOolongDrunk, Mr. What-Cha is as cool as they come.

@Mrmopar What did you get?

@WhiteAntlers Alistair from What-Cha, Paul from White2Tea, and Scott from YunnanSourcing are my absolute favorites. It’s a tie between them on who is my favorite. All equally awesome.

@TheOolongDrunk-good to know! Love your name, by the way. Always makes me smile.

I’ll be trying this soon…. hopefully I can find a way to make it taste better :P

@LiquidProust Please do and let me know! It’s rare when I dislike an oolong so I’m really curious what others think.

I shall! I’m pretty good at figuring a tea out :)

I made some tea orders from both What-Cha and my first order at NBTea. I was given a gaiwan for my birthday so decided to try it out on my new oolong!

After absolutely loving the Thailand Bai Yai Assamica Green tea, I decided to order the oolong version to see if I liked it.

To be totally honest, I haven’t done that much research into how to use gaiwans. I put around 4g of oolong into the gaiwan as I had seen that most people put 1-2tsp in theirs. Rinsing is a new concept to me and I used my first steeping to rinse the tea and warm up the cup. Strangely enough, the wet leaves had a hint of strawberry scent!

My first tasting steep I left in for around 30 seconds. I had NO IDEA how long to leave it in for, however on most tea podcasts they usually leave it in for as long as a short natter takes. I definatly think I oversteeped it as it tasted incredibly bitter but I could taste fruity, nutty tones.

My second steeping wasn’t so successful either. I decided to flash brew, thinking this would reduce the bitterness. It actually INCREASED the bitterness and I wasn’t so sure what I had done wrong. I took out around half of the leaf and tried again.

My third steeping was a little better. It was still bitter, however I could taste the nutty tones and a fruity sweet aftertaste.

My fourth and final steeping was pretty watery and I could tell that this oolong was coming to it’s end. The taste was quite pleasant and fruity, however the finish was very bitter on the back of my tongue.

I still have a little bit left so I’ll use that to give a proper rating when I’ve done some better research. I don’t want to rate this tea in case I hadn’t brewed it properly, however any gaiwan tips would be appriciated!