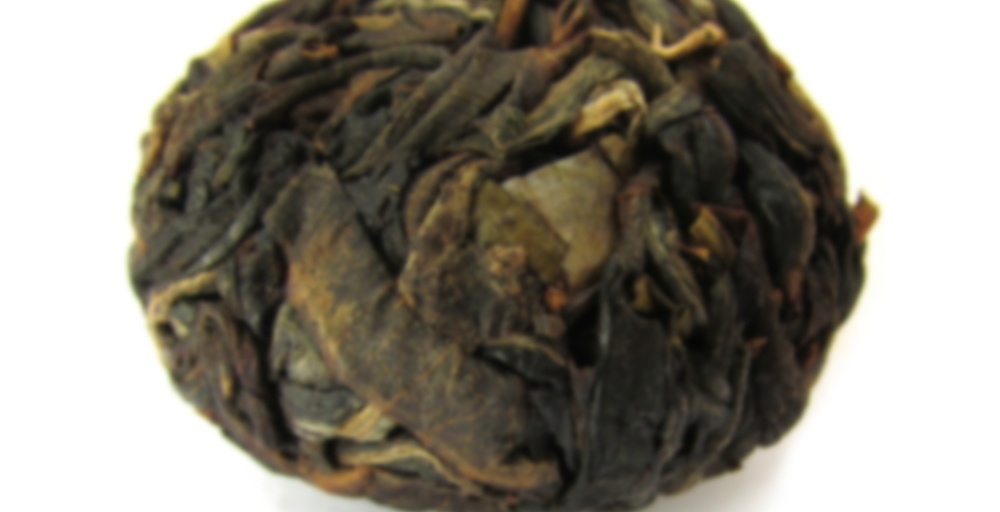 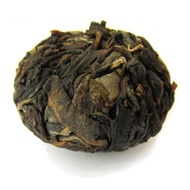 A most unusual oolong produced from tea leaves typically used to produce pu’erh. It has a strong aroma and full taste with nutty and roasted notes coupled with a gentle sweetness.

Produced from leaves which are usually destined for pu’erh cakes, the unique processing as an oolong offers the best of both worlds, by bringing out many of the pu’erh characteristics while rounding out the tea and making it perfect for immediate drinking.

Sourced: Direct from the producers Yubai and William Osmont
Percentage of price going back to the producer: 40%+

Took a few to open up the ball.

first major steep & there is a nutty aroma, but the tea body makes it comes across like a really good black, without the malty taste. Something in the way it feels on the tongue & goes down your throat is 100% like that.

The nutty roasty aroma is really hard to place. Its different from everything else I have tried. Apart from LP’s Coffee & Oolong blend. its a bit like that. Nice.

Taste-wise, if I were to drink this blind I would swear its a black tea, whatever the combo of flavours/body/feel/aroma is, it seems to be in that area. Fruit is ever-so-slight orange or apricots, slightly woodsy but without a malty character. Perhaps a bit of chocolate, it does slightly taste of sheng puerh (of which the leaves are the kind usually used for that)

Its quite soft & rounded, but when pushed an interesting sour note comes out which is covered in a vale of lightly roastedness. It still tastes a bit like LP’s coffee beans & Oolong, but with a different base. Its a bit salty & peanutty.

An interesting tea, one of which my brain puts into the black/red tea zone rather than Puerh or Oolong.

If you like red tea I think you would enjoy this. Nice longevity from gong fu too

It is a bit of a chameleon tea, subtly complex while also being simple. If that’s even a thing. I think other people will get different things from it